Jussi Hellsten
Lead text
Helsinki’s secret is that you can get everywhere even without a car. Public transport is a road to paradise. You can find heaven at the end of many bus routes. Pack with a picnic, ride to the last stop and start exploring. 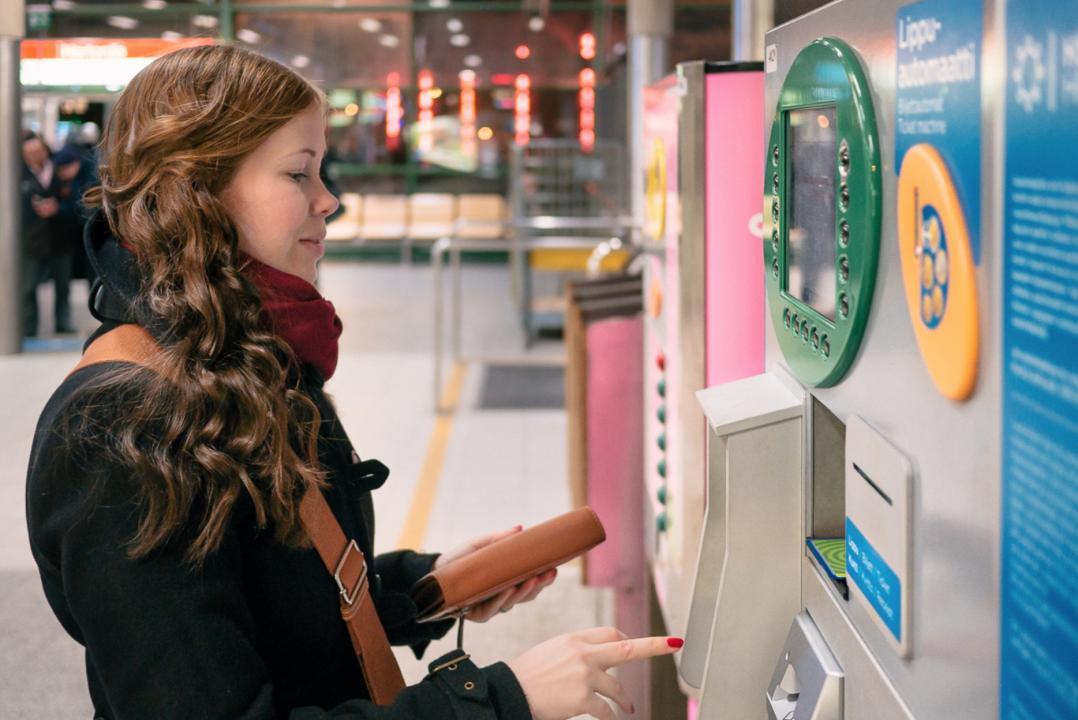 Helsinki has an excellent public transport system (HSL) comprising bus, tram, metro, commuter train and ferry services. With a single ticket you can hop aboard trams, buses, the metro and even the municipal ferry to Suomenlinna. You can even change from one mode of transport to another as long as your ticket is still valid. Single tickets can be purchased using the HSL mobile app or from HSL ticket machines, R-kiosks and other HSL sales points.

A day ticket is handy if you plan to make several journeys during one day or several days. You can buy a ticket for 1–13 days. Day tickets can be purchased using the HSL mobile app or from HSL ticket machines and sales points in Helsinki Central Station. Other sales points include R-kiosks and many shops. One-day tickets (24 hours) can be purchased also from HSL ticket machines; these tickets are printed out and valid immediately upon payment.

The HSL public transport region is divided into four zones identified by the letters A, B, C and D starting from the city centre. Purchase a ticket for all the zones in which you plan to travel. If you plan to travel in zones A, B and C, you will need an AB, BC or ABC ticket, as there are no one-zone tickets for zones A, B and C. The online Journey Planner notifies which ticket you need together with the search results.

Helsinki Card holders can travel free of charge on public transportation depending on their card within zones A/ B or A/B/C. 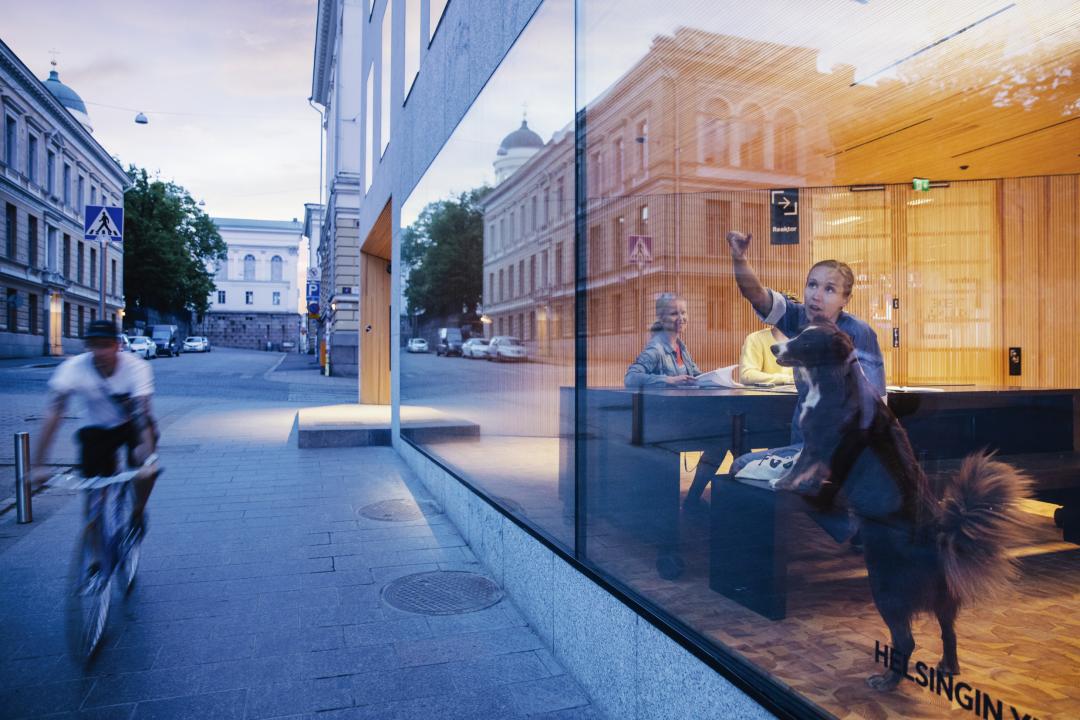 Helsinki is a compact city that is easy to explore on foot, as most of the sights are within walking distance. Even in the busy city centre, you are never far away from green areas and the sea. Tourist Information inside Helsinki Central Station has a selection of thematic maps to help you plan your walks around the city.

Cycling is a fast and easy way of getting around Helsinki. A popular route is the Baana pedestrian and cycling corridor that runs through the centre of Helsinki along a stretch of disused railway line. Baana is part of an impressive 1200-kilometre network of bike paths in Helsinki that makes it easy to get from the Keskuspuisto “Central Park” to the north to the ferry terminals to the south, and from the bustling city centre to the quiet fields and forests in the surrounding countryside – even to the islands of the archipelago.

City bikes are a popular and convenient way of getting around the city in summertime. In 2021, there were no less than 3 500 yellow city bikes available from 241 bike stations south of the Kehä I ring road in Helsinki and Espoo. The most easterly bike station is in Vartioharju, and there are 109 bike stations in southeastern Espoo and Leppävaara. The city bike season will continue until 31.10. 2021. 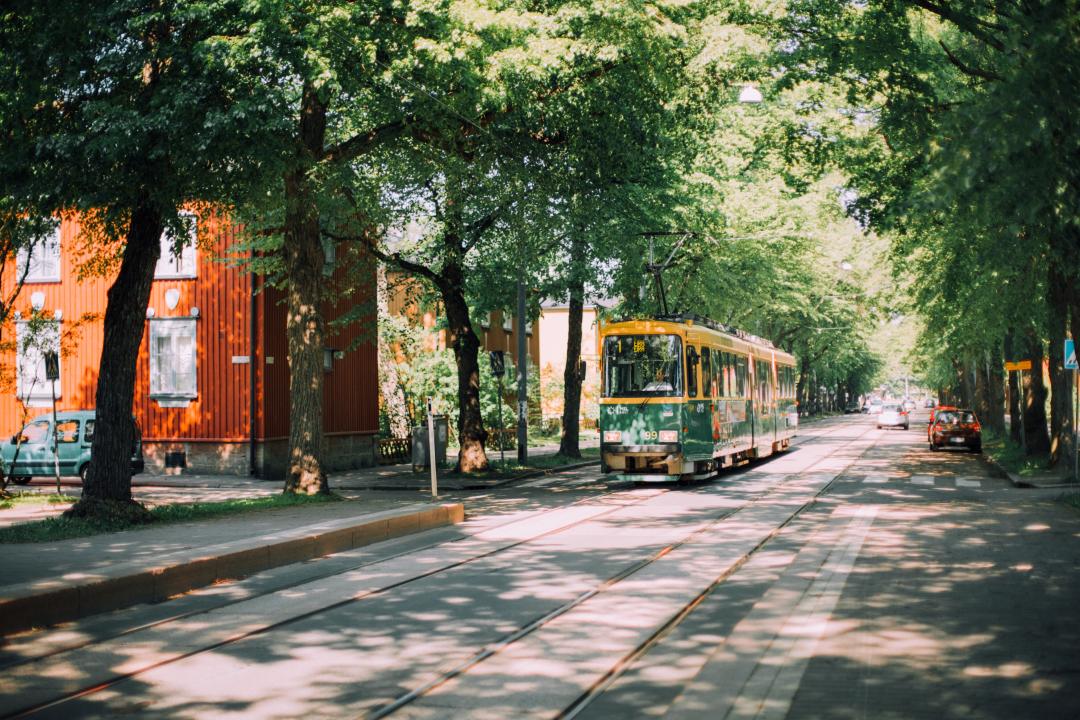 Trams are a convenient way of getting around the city centre. Tram 2 is the traditional sightseeing route, as it passes many points of interest along the way. You can also change into tram 3 at Eläintarha or Auroran sairaala stop and return to the city centre. Other tram routes that are good for sightseeing include 4, which passes many architectural gems, and 6, which is perfect if you are interested in design. Carry a route map with you to help locate all the stops and points of interest.

Single tickets and day tickets can be purchased using the HSL mobile app or from HSL ticket machines, R-kiosks and many other sales points throughout the city. Tickets cannot be purchased from the driver on trams.  Helsinki Card holders can travel free of charge on all trams. 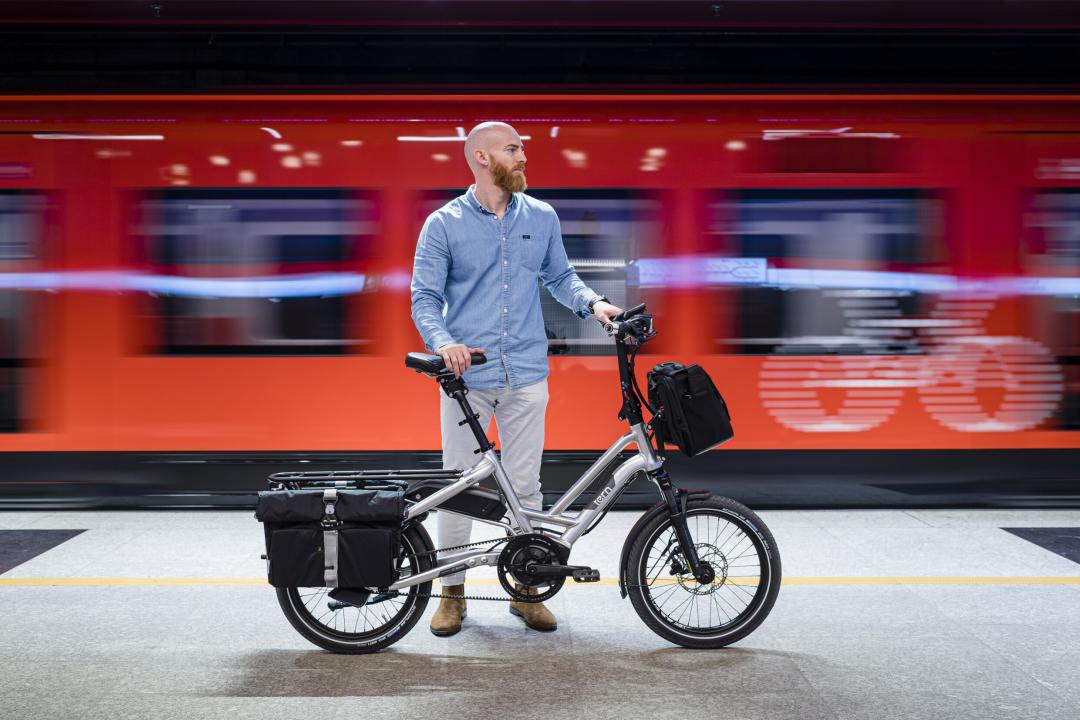 Helsinki’s metro network operates from the city centre to Espoo (M1 Matinkylä/M2 Tapiola) and East Helsinki (M1 Vuosaari/M2 Mellunmäki). To travel from end to end (Matinkylä to Mellunmäki, the world's northernmost metro station) you will need an AB ticket, and the journey takes about 39 minutes. The metro is also a convenient way to get out of the busy city centre and into the nature.

Single tickets and day tickets can be purchased using the HSL mobile app or from HSL ticket machines, R-kiosks and many other sales points throughout the city. Helsinki Card holders can travel free of charge on the metro. 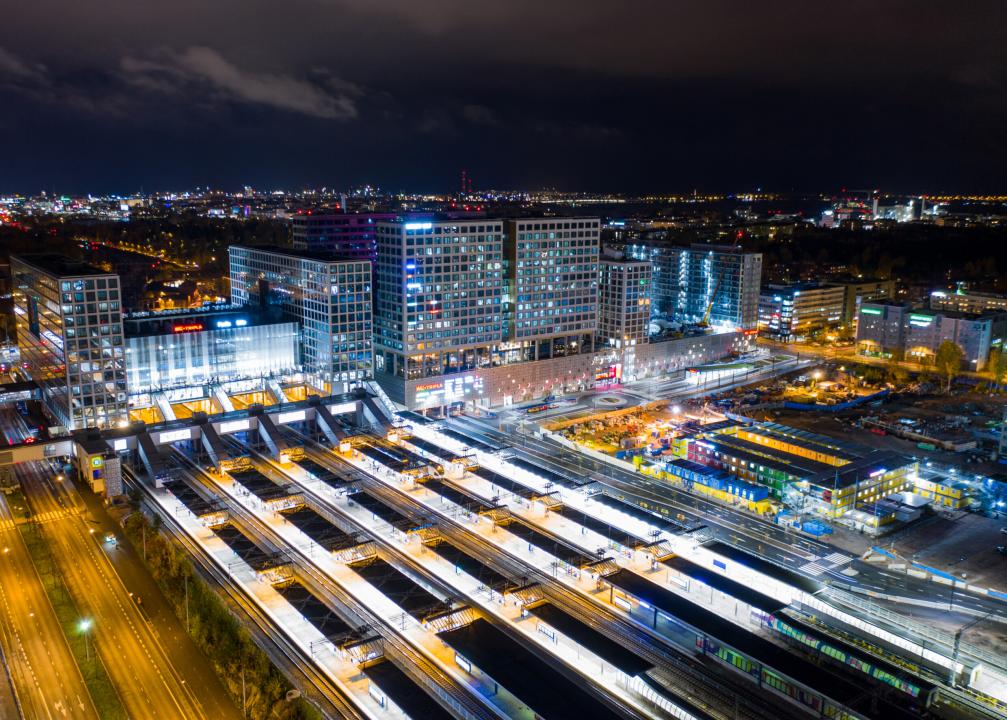 Helsinki Region Transport (HSL) operates commuter train services throughout the metropolitan area. Commuter trains depart from and arrive at Helsinki Central Station. Commuter trains are a convenient way to get to Pasila, for example, where Hartwall Arena and the Messukeskus Expo and Convention Centre are located. You can also get to the tranquillity of Rhododendron Park (Alppiruusupuisto) in the Haaga district very quickly by commuter train (A, E, U or P).

Trains to the airport

Commuter trains I and P are a fast and convenient way of travelling between the city centre and the airport. The journey takes approximately 30 minutes. From the train station at Helsinki Airport you can walk directly to your terminal without having to go outside. To get to or from the airport, you will need an ABC ticket. 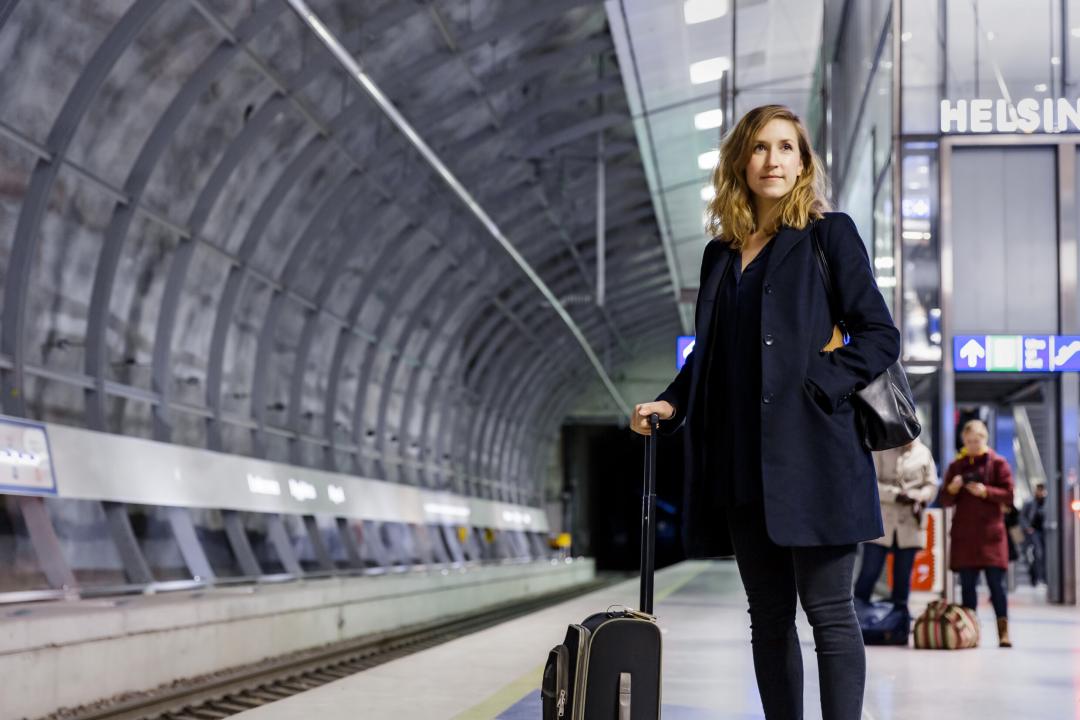 Public transport connections to the airport and ferry terminals

Commuter trains I and P operate from Helsinki Central Station to Helsinki Airport daily every 10 minutes or so. I trains operate via Tikkurila and P trains via Huopalahti. 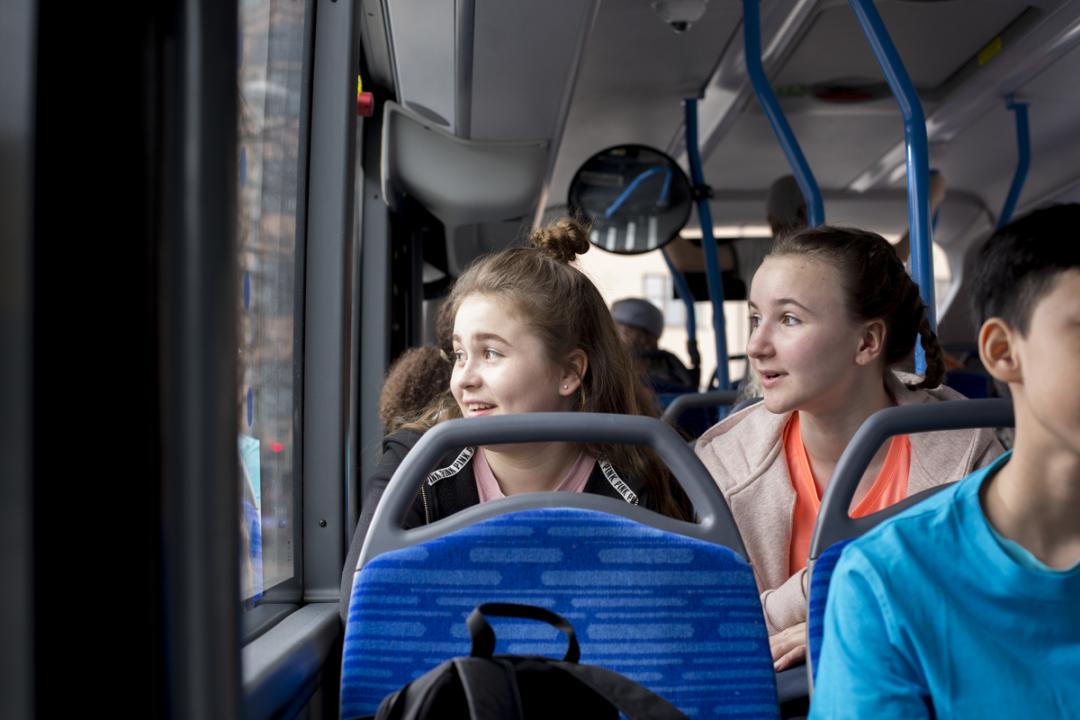 HSL
Show in landscape format
Off

Helsinki Region Transport (HSL) operates buses throughout the metropolitan area. All bus routes and schedules can be found online using the Journey Planner. Single tickets and day tickets can be purchased using the HSL mobile app or from HSL ticket machines, R-kiosks and many other sales points throughout the city. Helsinki Card holders can travel free of charge on buses.

Buses to the airport

Bus 615 (“Lentoasema-Rautatientori”) and bus 415/415N (“Lentoasema-Elielinaukio”) operate between the airport and city centre. To get to or from the airport, you will need an ABC ticket, which you can purchase from HSL ticket machines, throug HSL mobile app or sales points like R-kiosk.

You can travel to and from the airport by commuter train (I/P). 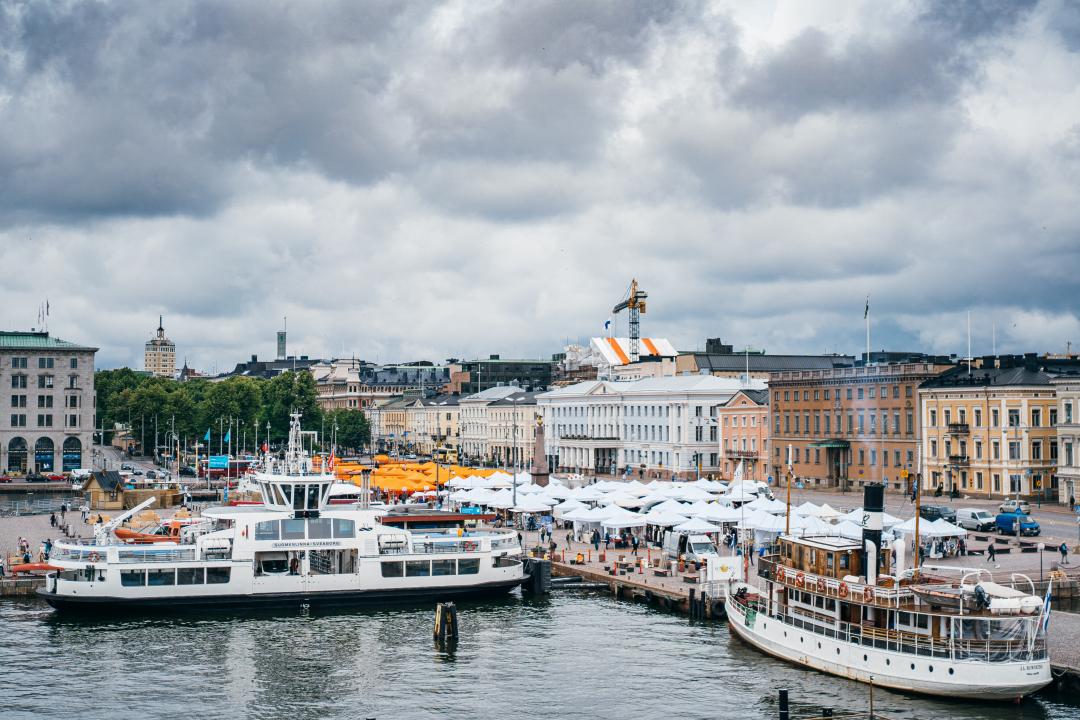 Getting to the islands

Helsinki is surrounded by the sea on three sides: the South, the East and the West. There are around 330 islands off the coast of Helsinki, many of which are accessible for recreational use. In Helsinki it is possible to enjoy the sea and archipelago with your own boat or on archipelago cruises.

HSL operates a municipal ferry between the Market Square and the Suomenlinna Sea Fortress all year round. The ferry terminal is situated on the east side of the Market Square, opposite the Presidential Palace. Both public transportation tickets and the Helsinki Card are valid on the ferry. Single tickets and day tickets can be purchased for example from the HSL ticket machine at the ferry terminal, by HSL app or from ticket sales points. 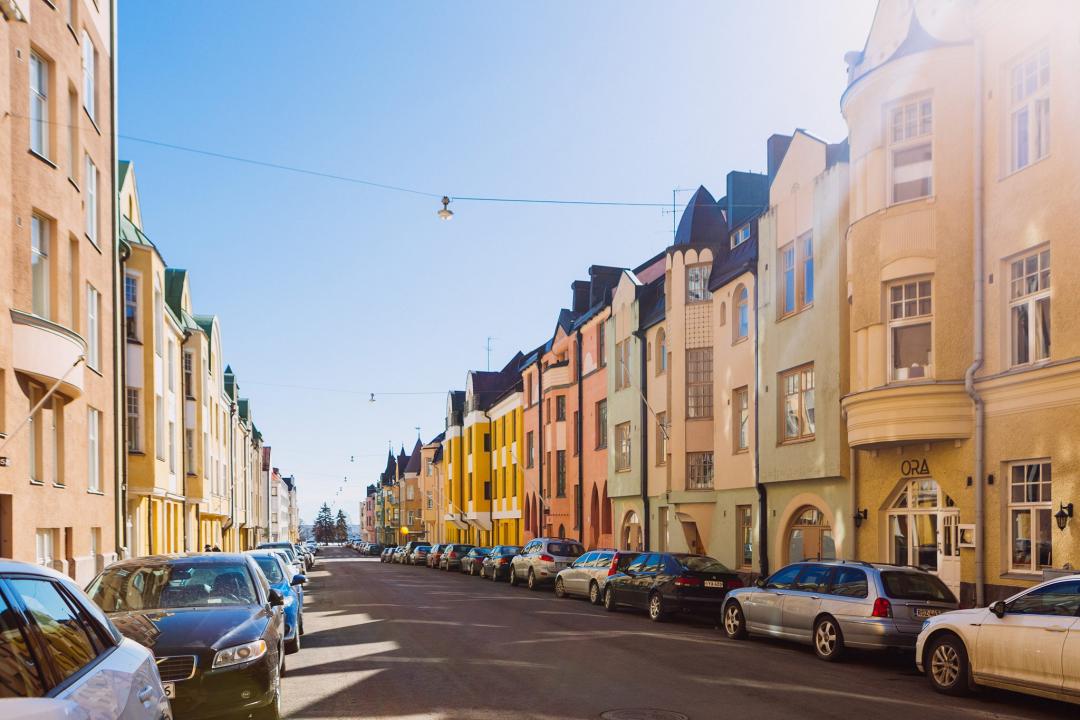 Taxis can be ordered by phone, from taxi stands or hailed from the street. Taxi stands can be found throughout the city centre, for example outside Helsinki Central Station, around Senate Square, along Esplanade Park and at ferry terminals. Taxis are available whenever the yellow light on the roof is on. The journey between Helsinki Airport and the city centre by taxi takes approximately 20 minutes and costs around €45.

In the centre of Helsinki it is recommended to walk or use public transport. If you are driving into Helsinki, you can avoid and help reduce congestion by utilising HSL’s Park & Ride facilities at public transport stations and stops. You can then continue your journey by metro, bus, tram or commuter train. The cost of parking in the city centre depends on the parking zone. Parking zones and spaces can be found on this map. Parking is free on Saturdays in Zone 3 and on Sundays and holidays in all zones, with some exceptions. Disabled parking spaces can be found on this map, and information about parking permits for persons with disabilities can be found on the Traficom website.

There are numerous parking garages in Helsinki, including EuroPark and Q-park. Parking spaces are also available at ferry terminals.

Banner text
More about driving and parking in Helsinki
Link
Take me there
Mobile link text
Getting to Helsinki by car
Icon type
Random
Simple liftup
Practical information
Show image on the left
Off
Rich card list
Getting around accessible Helsinki
Accessible Helsinki: lots to see and experience
Show created/updated
Off
Show in search dropdown
Off
Teaser text
Helsinki’s secret is that you can get everywhere even without a car. Public transport is a road to paradise. You can find heaven at the end of many bus routes. Pack with a picnic, ride to the last stop and start exploring.
Select any filter and click on Apply to see results