Get to know Helsinki through crime fiction

Joakim Honkasalo
Lead text
Nordic Noir and Nordic Crime have become noteworthy genres. Many of the best-known fictional Finnish police officers and detectives solve crimes in the Helsinki region. The reader becomes acquainted with city districts as car chases take them on high speed rides along the main highways, then smaller side streets, coming to a dramatic end in front of a city landmark. Take a tour through Helsinki with the help of crime novels!

Here is a list of books that are also available as English translations.

Jarkko Sipilä: The Dark Side of Helsinki & the Helsinki Homicide series

Crime reporter Jarkko Sipilä's The Dark Side of Helsinki shares true Helsinki stories usually left out of tourist guides. The book presents one hundred crimes, accidents and other dark tales that have taken place in central Helsinki. The book also includes a map of the events, and in this sense also offers a guided crime walk of Helsinki.

Jarkko Sipilä is also known as a crime novelist. His Helsinki Homicide series is one of the most popular series of detective novels in Finland and also offers an unconventional look into Helsinki.

Read:
The Dark Side of Helsinki, translated by Christina Saarinen (Tammi, 2018)

A compilation of short stories by 14 Finnish crime writers is an easy choice for lovers of suspense writing if you only have space for one book in your luggage. The anthology serves as an introduction to both the city of Helsinki and the genre of Finnish crime. Helsinki Noir is a thrilling read, edited by the late Finnish-American author-critic James Thompson.

Thompson's own Inspector Vaara series starts off in Lapland but shifts its setting to Helsinki already in the second book of the series, offering a broader view of the whole country.

Referred to as a master of Nordic Noir, Antti Tuomainen has found international acclaim with his books. He writes individual novels as opposed to series. Tuomainen's oeuvre includes both dark thrillers and hilarious detective stories. The sceneries play an important role in Tuomainen's writing. The Healer offers an intriguing look into Helsinki, as does Dark As My Heart. The Healer is a dystopian crime novel in which Helsinki is flooded due to climate change and climate fighters as well as vandals take over the streets. Dark As My Heart is a tale of vengeance that jumps between different moments of time.

The crime novels featuring detective Maria Kallio take readers to various parts of the Helsinki metropolitan region. When Kallio starts her career as a police officer, she works in the Helsinki police force. In later books she transfers to the nearby city of Espoo. Leena Lehtolainen and her character Maria Kallio were rarities for a long time in Finland's male-dominated crime literature scene. The Maria Kallio stories have been adapted into a hugely popular tv show and radio play, and readers are always keen for more sequels from Lehtolainen.

Drawing on his personal experience of working as a police officer, Matti Yrjänä Joensuu does not write about fast-paced car chases, but rather offers more intricate observations about society and the human condition. Timo Harjunpää, known as just Harjunpää, has become the face of the Finnish police as well as a literary icon. Harjunpää was first introduced in the late 1970s and later became a reference point for crime novelists. The beloved Harjunpää series has also been dramatised into films.

Jewish police office Ariel Kafka solves crimes in Helsinki in the 2000s. Harri Nykänen worked as a crime reporter before his career as a novelist and he is particularly admired for his ability to depict the Finnish underworld in a very realistic manner. In addition to Inspector Kafka, Nykänen is also known for his Raid series, which portrays crime stories from a criminal's point of view – but unlike Kafka, the antihero Raid is no Helsinki tour guide.

Matti Rönkä and A Man with a Killer’s Face

Matti Rönkä is a popular news anchor but also a diverse author. A Man with a Killer’s Face is the opening novel of the thriller trilogy with stories about Viktor Kärppä: a man who returns home to Finland from the Russian city of Sortavala. He has all kinds of businesses here and there. Viktor does not wish to engage in criminal activities, but his day-to-day actions don't bear close - or any - examination. The novel introduces the reader to Kärppä, a woman gone missing, and the Helsinki cityscape. "Kärppä has an office in Hakaniemi, but he lives in the Tapanila district and also owns property in Tattarisuo as well as an industrial space in Suutarila", Rönkä tells in a story on MyHelsinki.

Read:
A Man with a Killer’s Face (2017, Garnet Publishing) is currently the only Viktor Kärppä novel to be translated into English. It has been translated by David Hackston.

Max Seeck is Finland's latest international literary sensation. The rights to his newest novel, Faithful Reader, have been sold to over 30 countries and the English translation will be available shortly. Furthermore, an American production company has bought its tv and film rights. Faithful Reader introduces detective sergeant Jessica Niemi to the reader. Wintertime Helsinki sets the scenery to a row of murders that are copied from crime novels. Seeck spares nothing with his gruesome acts and cliffhangers!

Title
Immerse yourself in books in Helsinki
Card list 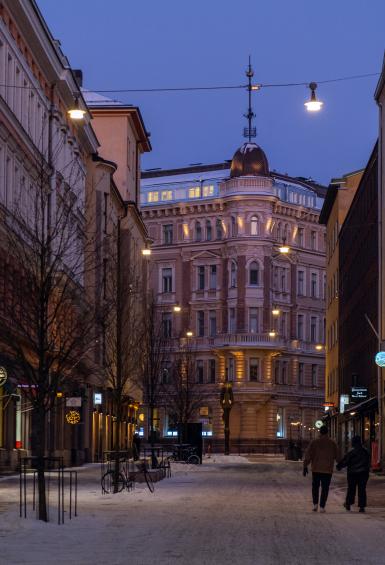 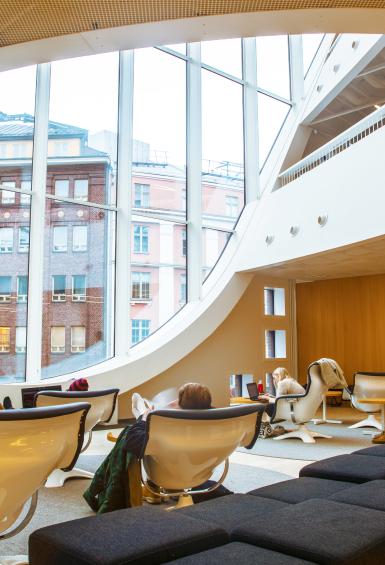 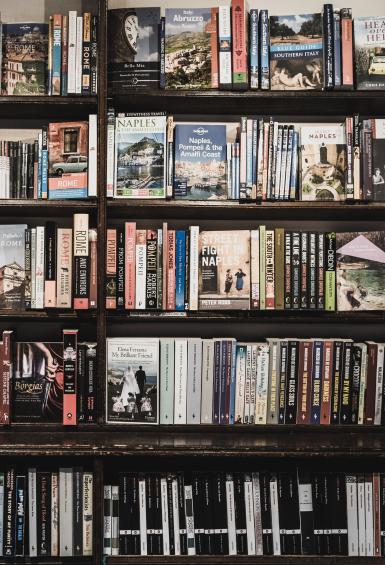 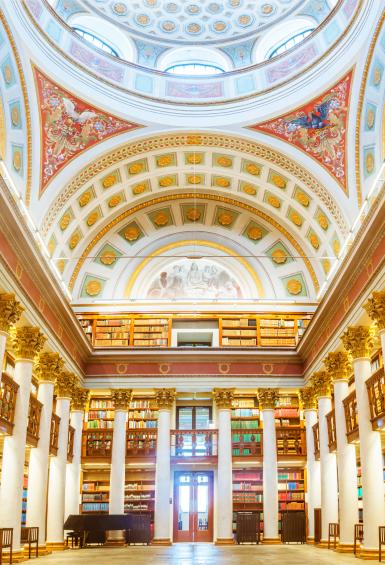 Simple liftup
Matti Rönkä
Show image on the left
Off
Show created/updated
On
Show in search dropdown
Off
Teaser text
Nordic Noir and Nordic Crime have become noteworthy genres. Many of the best-known fictional Finnish police officers and detectives solve crimes in the Helsinki region. Here is a list of books that are also available as English translations.
Select any filter and click on Apply to see results