13 ways to speak from the heart in Helsinki

Antti Kokkola
Lead text
In Helsinki, people are free to speak from the heart about whatever it is that matters to them.

1. When it comes to freedom of speech, Finland is a world leader.

Finns believe in everyone’s right to express themselves freely and Finland is internationally recognised for its freedom of speech.

In 2020 Finland came second in the Reporters Without Borders’ World Press Freedom Index, which ranks 180 countries according to categories including: the independence and pluralism of the media; the transparent flow of information; legal frameworks; and the safety and freedom of journalists.

While freedom of speech is guaranteed by the Finnish Constitution and the European Convention on Human Rights, defamation, harassment, threats, stalking, violations of privacy, and hate speech are considered criminal offenses in Finland.

In the 2020 Reporters Without Borders’ World Press Freedom Index, Finland was given a special mention for its ministry initiatives to limit the abuse of the freedom of speech on social media by means of hate speech, stalking, and targeting journalists with the intention to silence them.

3. Finland is a country with free, democratic elections.

Finland is a republic whose President is elected democratically every six years. Its single-chamber Parliament is elected every four years by proportional representation according to multi-seat constituencies. 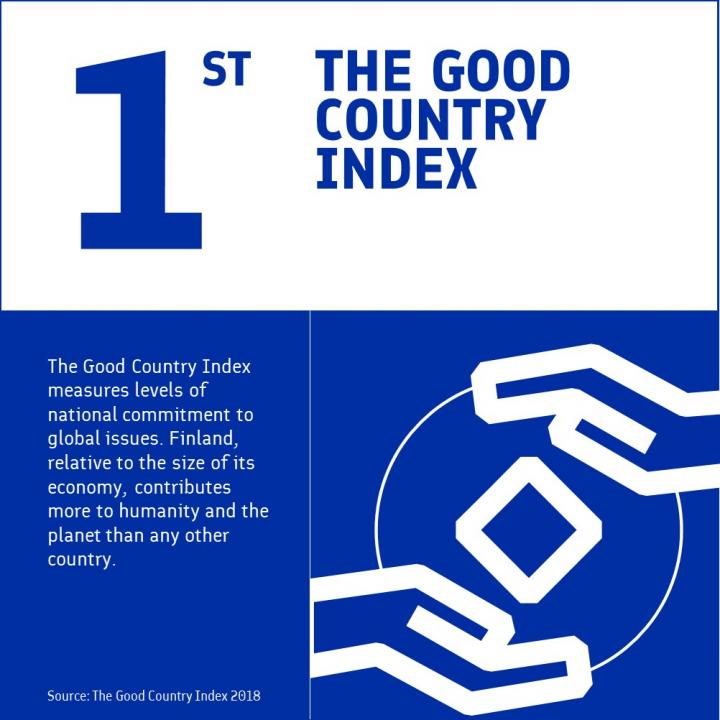 4. And Finnish politics operate on a multiparty system.

Finnish politics operate on a multiparty system, according to which no single party can gain power alone. This means that parties must work together in other to form coalition governments. Finland’s current main cabinet consists of 19 ministers across five parties: the Social Democratic Party; the Centre Party; the Green League; the Left Alliance; and the Swedish People's Party.

5. Finnish politicians are internationally recognised for their peace work.

Martti Ahtisaari is a Finnish politician who served as Finland’s tenth President from 1994-2000. A United Nations diplomat, he is well-known and widely respected for his international work on peace negotiations.

In October 2008, Ahtisaari was awarded the Nobel Peace Prize “for his important efforts, on several continents and over more than three decades, to resolve international conflicts.”

6. In Finland, everyone has the right to choose their own religion.

Finland has freedom of religion, which means that everyone living in Finland is entitled to choose their own religion as well as practise it.

This is reflected in Finland’s educational policy, according to which children have the right to choose an education according to their own religion. This choice includes the option to study ethics instead of any specific religion. This policy exists in order to ensure that children in Finland receive an education in accordance with their family's beliefs. When children turn 18, they are free to choose their own religion.

7. Which is probably why there are 136 organisations listed on the Register of Religious Communities.

Finland’s Freedom of Religion Act includes a legislative framework for the founding of registered religious communities. A total of 1.6% of the Finnish population belongs to such communities, including: Jehovah's Witnesses; the Evangelical Free Church of Finland; and the Catholic Church in Finland.

Religious groups do not, however, need to register as a community. They are also free to operate without registration. 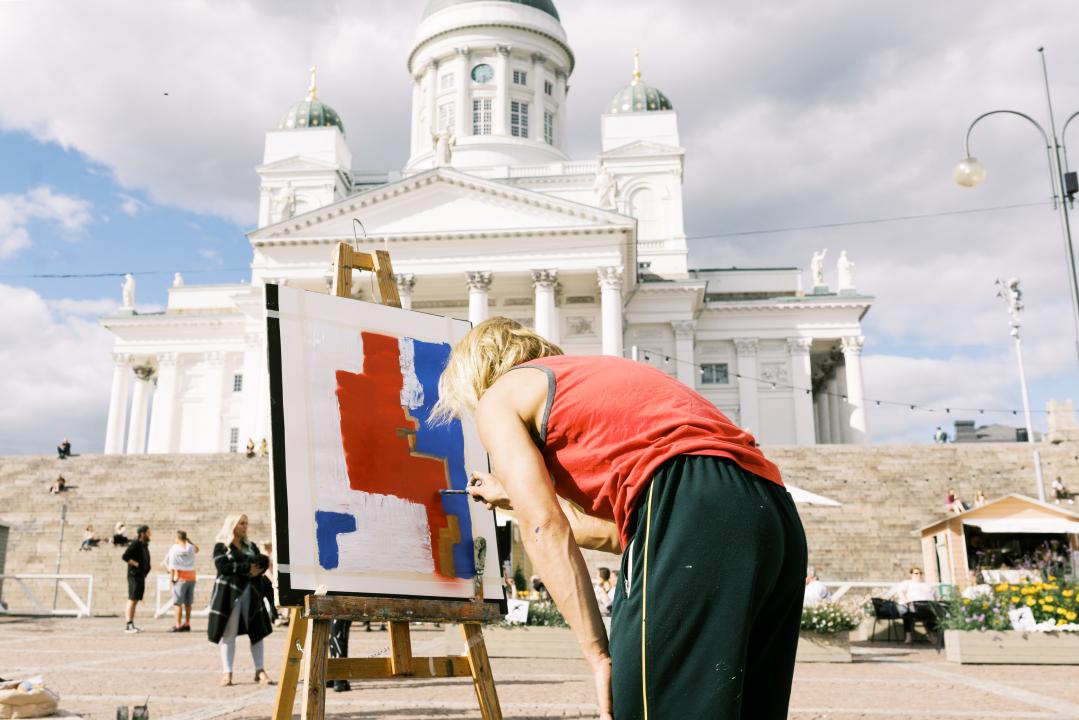 Meanwhile Finland’s freedom of expression and freedom of assembly mean that residents have the right to express their beliefs and values by taking part in demonstrations without obtaining permission. All we’re expected to do is notify the authorities so that they can ensure safeguarding proceedures are in place.

According to Media Audit Finland, 93% of Finnish adults regularly read print or digital newspapers. Finland has a strong tradition of quality journalism, with over 200 national and regional newspapers and more than 4,000 magazines being published weekly.

And Finns trust their media, too. According to the Reuters Institute Digital News Report 2020, 84% of Finns trust the Finnish state broadcaster Yle, whilst 79% trust the country’s main broadsheet Helsingin Sanomat.

10. In Helsinki we’re especially proud of our free press.

When Presidents Trump and Putin met in Helsinki in 2018, they were met with posters from the city’s broadsheet Helsingin Sanomat that read: “Mr President, welcome to the land of the free press.”

By way of explanation, the newspaper’s Senior Editor-in-Chief Kaius Niemi tweeted, “As we welcome the presidents to the summit in Helsinki, we @hsfi want to remind them of the importance of free press. 300 billboards on the routes from the airport to the summit are filled with news headlines regarding presidents’ attitude towards the press freedom.” 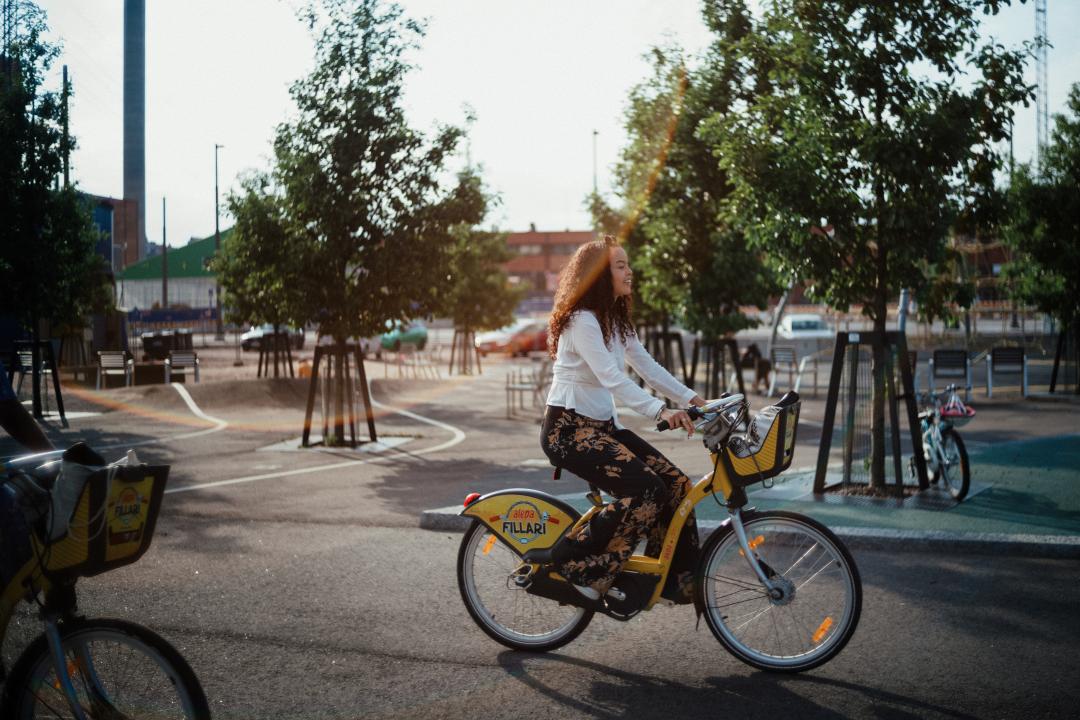 11. Helsinki is a city that’s committed to ensuring the safety of its citizens.

The Turvallinen Helsinki network promotes safety and security in Helsinki, with a focus on preventing racial segregation, stopping the formation of gangs, addressing hate speech, and combatting radicalisation and extremism. Helsinki is also a member of the Nordic Safe Cities network, which seeks to maintain safety by standing against the rise of polarisation and by safe-guarding citizens from extremist violence and hate.

12. And Helsinki encourages its people to speak up for the things they want.

In accordance with Helsinki’s participatory budgeting, the city annually allocates around €4.4 million for the implementation of ideas proposed by citizens. A citizen voting system is used to determine which proposals are ultimately implemented.

13. At the end of the day, Finns believe in the right to express yourself freely.

In Helsinki, people are free to speak from the heart about whatever it is that matters to them. 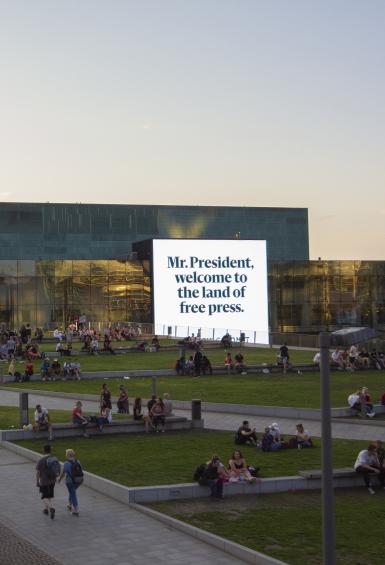 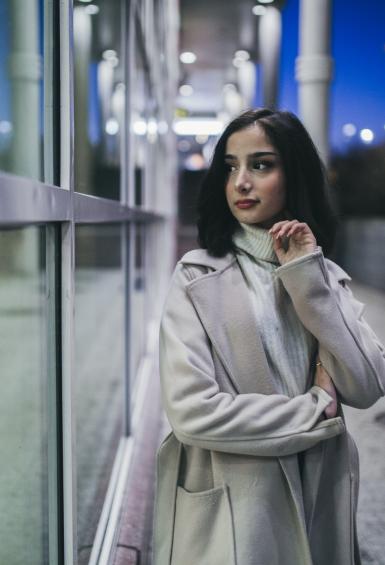 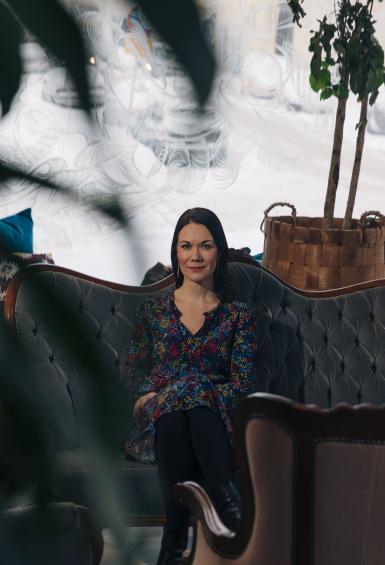 Simple liftup
Helsinki Freedom
Show image on the left
Off
Show created/updated
On
Show in search dropdown
Off
Teaser text
In Helsinki, people are free to speak from the heart about whatever it is that matters to them.
Select any filter and click on Apply to see results