Helsinki LGBTQ+: Change over a generation

Eeva Rista
Lead text
Some 100,000 people marched in the Helsinki Pride parade in summer 2019. The number of participants has grown ten-fold in just the past 10 years. This shows how quickly the visibility and equal status of the LGBTQ+ community has grown in Finland.

The history of organised action by the LGBTQ+ community in Finland is fairly short. In 1967, two years before the Stonewall riots in the United States, a group called Toinen säde ('Second Ray') was formed in Helsinki and was the forerunner to Psyke, the first registered LGBTQ+ rights association in the country.

Psyke was the first Finnish gay organisation that tried to advocate for the rights of LGBTQ+ individuals in Finnish society. Psyke published a small members' newsletter and had an open club space for its members on Kalevankatu in Helsinki. The significance of this grassroots volunteer activism cannot be exaggerated. For many members, Psyke's events meant their first ever chance to meet another person belonging to a sexual minority.

The status of sexual and gender minorities in the 1950s-60s was in many ways in a shocking state. Homosexuality was criminalised until the 1970s and homosexual acts could be penalised with up to a two-year prison sentence.

Unofficial cruising and flirting spots and salons were dotted around the city, if you knew where to look. Men would meet each other more or less on the sly in places such as an alleyway by the Parliament House, "Jenny's tea room" by the statue of Paavo Nurmi, or at the "Cherry Orchard" by the sea in the Eira district.

Many cruising spots had already become established in earlier years. For instance, the reputation of the Tähtitorninmäki Observatory Hill Park as a nighttime meeting place and cruising area for men was already known in the early 20th century. The reasoning for the location derives from the close proximity of the Kaarti military barracks and its drunken soldiers and their escapades.

Meetings in parks and public bathrooms went on well into the 1970s, but the threat of violence was always present. Gay men knew to watch out for different youth gangs as well as the police.

The city also luckily contained other opportunities for encounters. When the cellar space of the Old Student House opened in 1964, it was more or less commandeered by gay students. Sexual minorities also enjoyed spending time in the enormous Suurhokki restaurant (which catered to 1,400 diners), as well as the Hansa restaurant found in the New Student House. 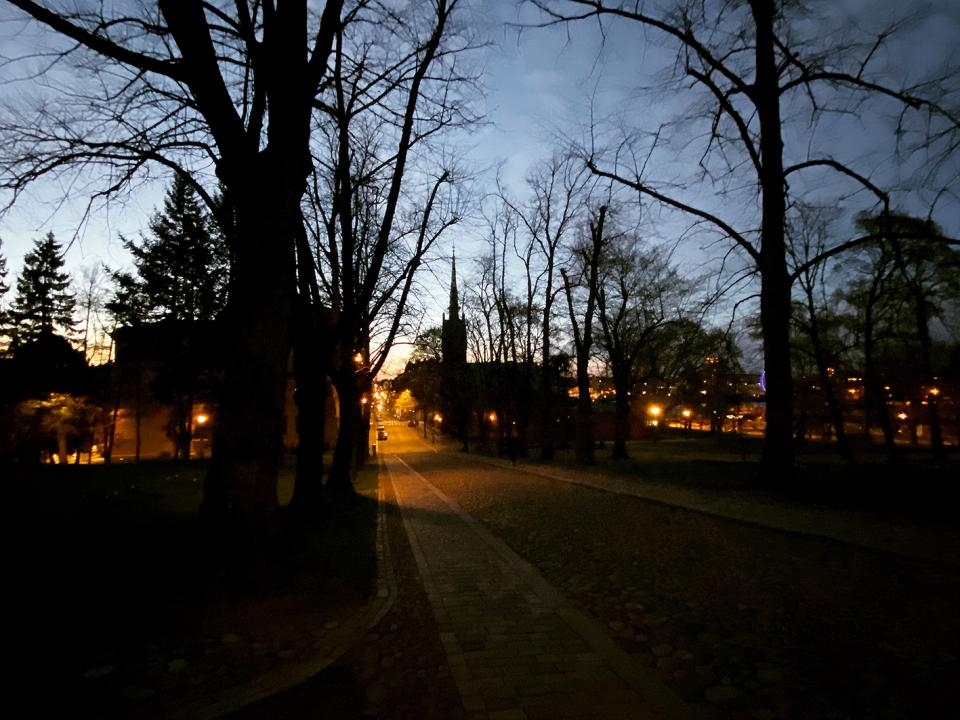 In the early 1970s, a more politically active association was formed amongst some Psyke members to advance LGBTQ+ rights. The tireless activism of Seta (Seksuaalinen tasavertaisuus, 'Sexual equality') has played a central role in pushing Finnish society in a more equal direction.

Change has been slower on an everyday level. The main reason for this is a lack of information. Most Finns in the late 1970s hardly even knew what the term "homosexual" meant, let alone personally knew someone "like that". This is due to the fact that the Criminal Code included the prohibition of "promotion of homosexuality", which entailed the prohibition of so-called "lewd acts among individuals of the same sex" in public. The media made their own interpretations of this, which manifested as self-censorship: gay topics were taboo because portraying them might raise troubles.

There was also a lack of LGBTQ+ role models and celebrities. The media showed hardly any minority representation, and information on marginal topics was hard to come by in pre-Internet times.

Some careful first steps were taken in the 1980s both in terms of cultural and social visibility. Finland is in many ways a prime example of a taboo topic turning into something normal within the same generation. 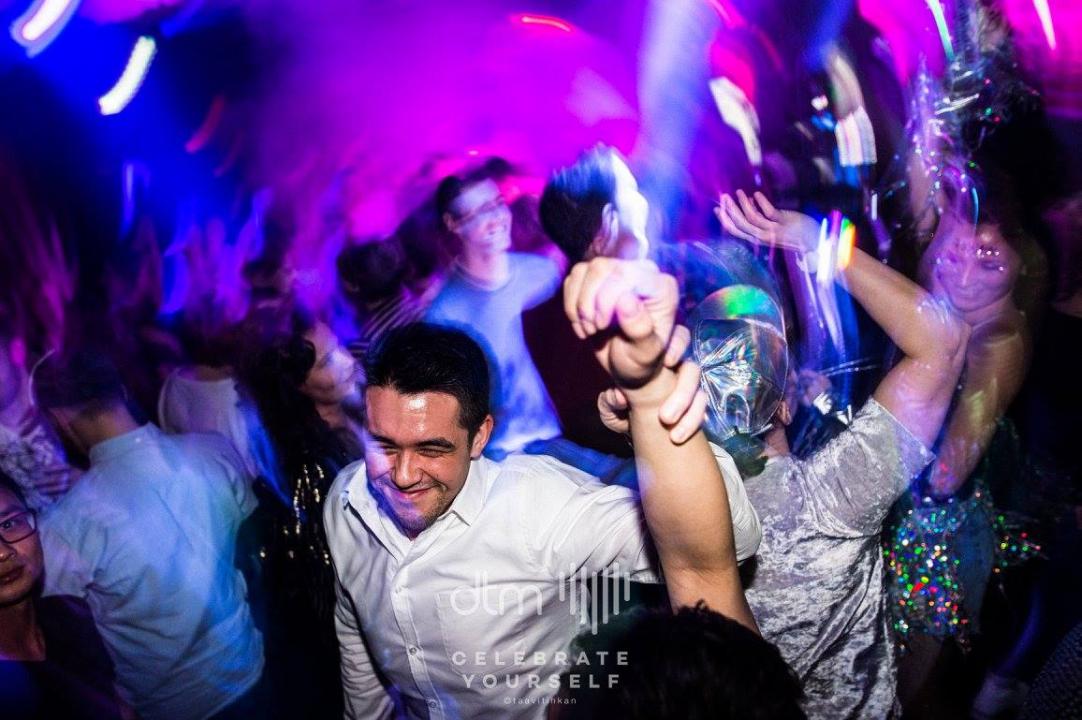 dtm
Show in landscape format
Off

The first Finnish gay restaurant Gay Gambrini was opened in 1984 at Iso Roobertinkatu 3-5.

Gay nightlife was already happening earlier, for instance at the hugely popular Cabaret club at Ravintola Kaisaniemi, and Club Triangle at Botta, but Gay Gambrini proved that a strictly LGBTQ+ restaurant concept was also possible in Helsinki. The DIY vibe of Gay Gambrini lasted through the 1980s, but when the club Don't Tell Mama opened on Annankatu in 1992, equipped with proper lights and soundsystems, the gay crowd was more than ready to dance. 1990s Finland started to open up and appropriate Central European influences – also at night. The club DTM became a fixture of Helsinki nightlife towards the end of the decade. Other nighttime venues also opened the doors, such as the bars Lost & Found, H2O and Mann's Street.

Drag culture took to the main stage in the 1990s. Morgan Devereaux, Kalkkuna and Pola Ivanka were trailblazers for marginal culture, paving the way for performance troupes like La Revue Après Rasage and Les Femmes. Sirkka Tälli broke through to the mainstream on television. The first Miss Drag Queen contest was held in 1997 at DTM. The hugely popular event was repeatedly featured in several media outlets.

Seta founded the transgender support centre Transtukipiste in 1994. The prohibition of the promotion of homosexuality was abolished in 1999, and the ages of consent were standardised for both heterosexual and homosexual sex.

The turn of the millennium sparked a more LGBTQ+-friendly atmosphere. The former chairperson of Seta Tarja Halonen was elected president, popular tv shows include Will & Grace and Queer Eye for the Straight Guy, Finnish reality show star Sauli Koskinen and Adam Lambert started a romantic relationship and the Finnish Parliament greenlighted same-sex civil partnerships in September 2001. A citizens' initiative to legalise same-sex marriage gathered 166,851 signatures in 2013. The new marriage law passed and entered into force in March 2017.

The gay night club Hercules opened its doors in 2000. Together with DTM, is has ruled Helsinki's LGBTQ+ nightlife scene for two decades.

The start of the new millennium was also a prime time for marginal culture. The Plastic Pony group brought a breath of fresh international Club Kidz air into Finland already in the 1990s. The decade after saw more experimental club concepts, such as La Persé, Fag You! and Drag Attack spreading their creative chaos and DIY mood around Helsinki, where the nightlife still very much revolved around heteronormativity. New female angles to nightlife were brought by queer-feminist clubs like Peijakas! and Dyke Hard. 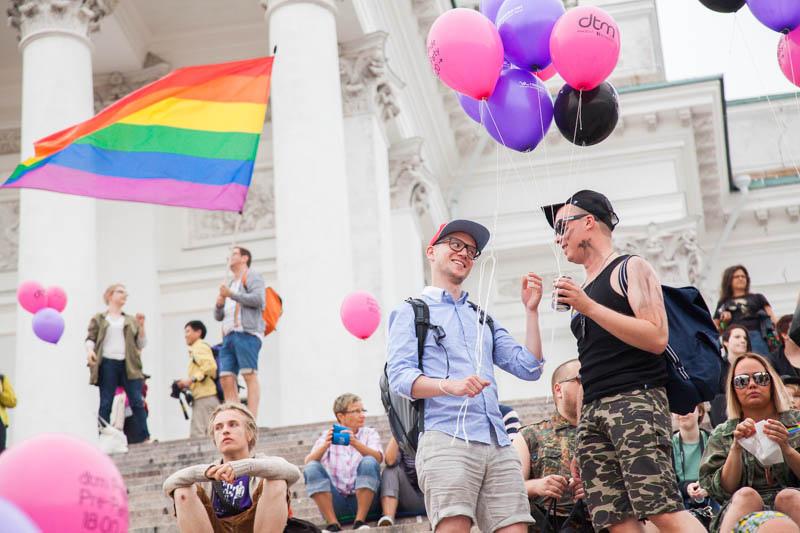 In the 2010s, the official annual pride parade organised by Helsinki's Seta chapter HeSeta has grown from 5,000 to 100,000 participants.

LGBTQ+ representation in the media has also skyrocketed in the past ten years, around the world as well as in Finland.

The new generation has chosen idols of its own. Many of the most popular YouTube stars in Finland, such as Tuure Boelius and naaG belong to the LGBTQ+ minority and are self-proclaimed advocates for a new, non-binary, millennial worldview.

The popular singer Saara Aalto is known by the whole nation, and has become almost as well known in Britain. The X Factor contestant, tv star and Eurovision singer presented her wife to the media already before her international career.

Helsinki's ALMA writes hits for herself as well as for singers like Miley Cyrus and Ariana Grande. ALMA has been open about her girlfriend and her sexuality and has wanted to set a helpful example for anyone who still feels that talking about being queer is not ok.

Simple liftup
Helsinki LGBTQ+
Show image on the left
Off
Show created/updated
On
Show in search dropdown
Off
Teaser text
Some 100,000 people marched in the Helsinki Pride parade in summer 2019. The number of participants has grown ten-fold in just the past 10 years. This shows how quickly the visibility and equal status of the LGBTQ+ community has grown in Finland.
Select any filter and click on Apply to see results