The best places to see street art in Helsinki

Roosa Honkala
Lead text
Even though graffiti landed in Helsinki back in the mid-1980s already, only in recent years have street art, murals and graffiti appeared as part of the street scene in the city. One could say that they have reappeared, in fact, as a decade of zero tolerance between 1998 and 2008 eradicated nearly all of the street art that had been created before then.

In the past decade, the attitude towards street art in Helsinki has become much more tolerant, and many artists and collectives have arrived on the scene, such as Helsinki Urban Art, Upea and Mimmit peinttaa. Graffiti walls that were painted back in the 1990s and then removed have been repainted, and genuine street art districts have developed in the metropolitan area. The City of Helsinki has even published a map to make it easier to find local street art. Of course, you can also admire street art in any number of specialised art shops and galleries. 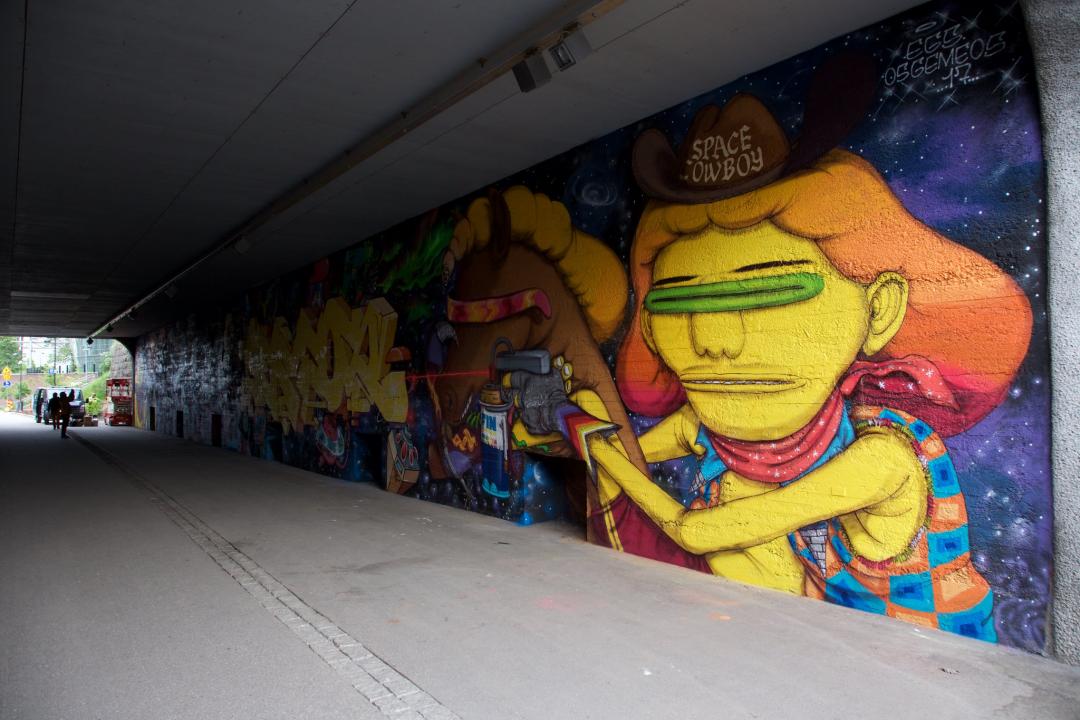 Most of the street art in Helsinki is outside the city centre, but you can also find some right in the heart of the city. The pedestrian and bicycle corridor Baana that starts next to Helsinki Central Station (and that runs along a disused railway line) has numerous bridges, under which you can find several examples of street art. The most impressive is the street art painted in 2017 by Os Gemeos from Brazil together with EGS, the biggest name in Finnish graffiti art.

At the west end of Baana you will find the work known as Love Helsinki by long-standing street artist Janne Siltanen. The work consists of a mural and a sculpture, and was made in 2012 for the opening of Baana. 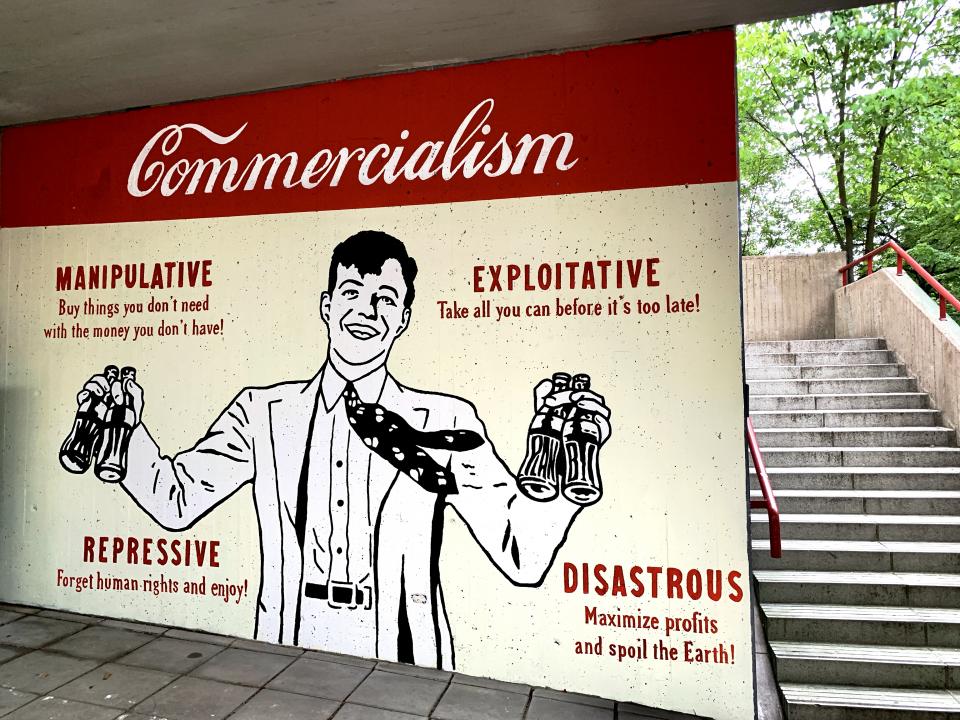 The district of Itä-Pasila has played a very significant role in Helsinki’s graffiti scene, as it is home to what was once referred to as the Galleria – the most important painting location in the city inside an old railway. The railway lines have since been removed, and only traces remain of the original Galleria since the construction of a new road. But you can still get to Pasila by train in just 5 minutes from the city centre.

The old stairwells in Itä-Pasila, which was constructed in the 1970s, were painted with a lot of graffiti and murals already in 1992. All of that art has already disappeared, but in recent years a diverse range of street art and graffiti has returned to the area and it has become one of the biggest centres for street art in Finland. A project initiated by Helsinki Urban Art ry has attracted many artists from both Finland and abroad.

More and more art is appearing in the area all the time, and since June 2019 it has been possible to admire it also indoors at the Pasila Urban Art Centre, which hosts urban art exhibitions and workshops. Guided street art tours are also organised in Itä-Pasila from time to time.

Right next to Itä-Pasila you will also find Konepaja, a new cultural centre in the city that will be home to Molotow Helsinki as of August 2019. The shop is specialised in spray paints, markers and other art supplies, and it also hosts exhibitions and workshops. 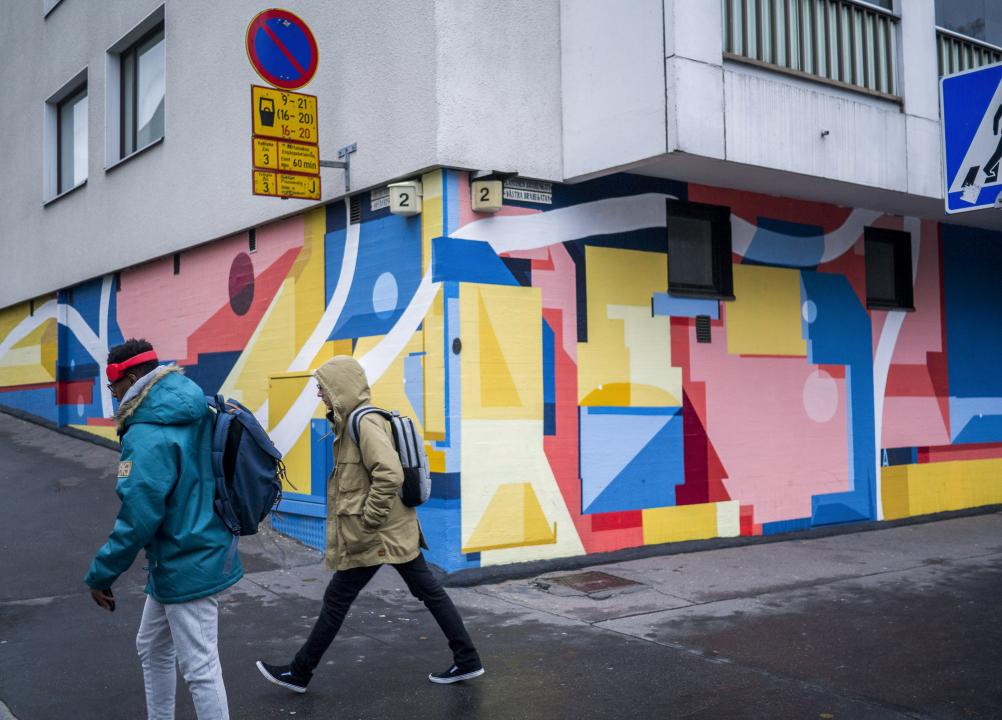 Helsinki’s hottest district, Kallio has also gained its fair share of street art. Here you will find both larger murals (including one by Polish artist Sainer on Toinen linja) and lots of smaller works on electrical boxes and other structures, especially around the Brahe Sports Field. The entire Vaasanaukio square was painted in a communal event in 2017, although the street-level art is past its best due to the harsh Finnish winters. An impressive black and white mural by Australian artist Guido van Helten can be found along Hämeentie street when walking in the direction of Vallila.

If you are in interested in painting, Kallio has two shops selling spray paints, Decoväri and Unckan Store. 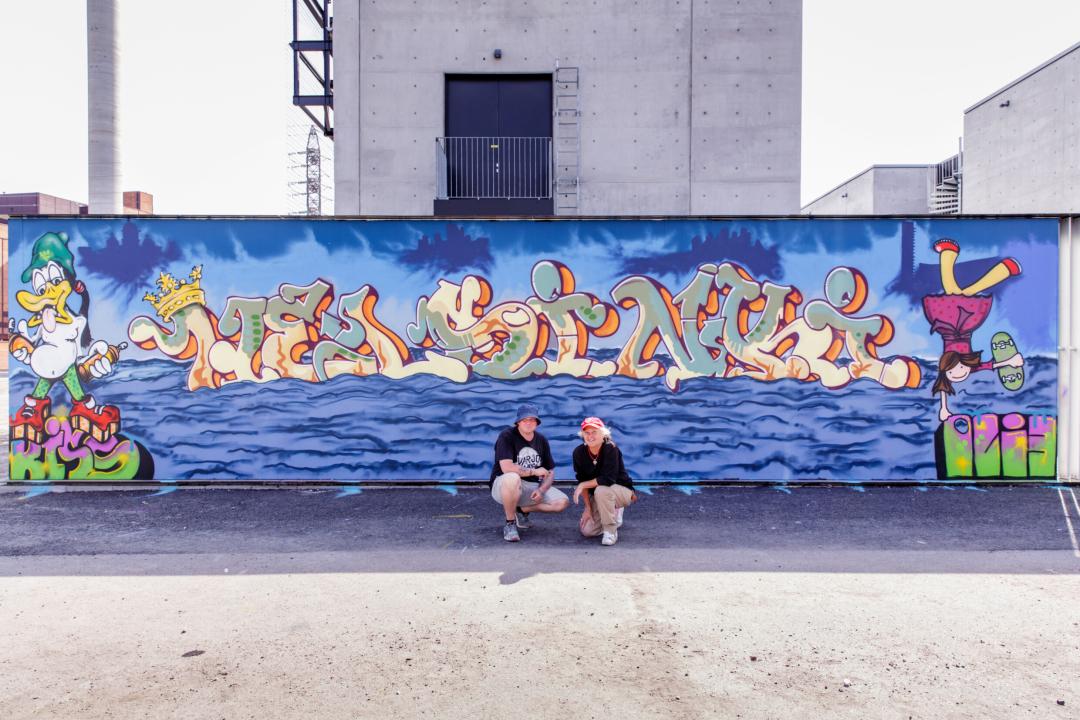 Situated next to Kallio, Suvilahti is an urban culture centre and venue for many major festivals and events. Helsinki’s first authorised graffiti wall was opened at Suvilahti at the end of the period of zero tolerance.

The location of the original wall and the area in general have changed as Suvilahti has been developed, but you can still admire the works of local graffiti artists – and you can even do some painting yourself! You will also find Make Your Mark, a spray paint store and gallery where you can buy all the materials you need on your way to the wall.

Another point of interest at Suvilahti is Suvilahti DIY, a communally built skateboarding park that has been painted by numerous artists. 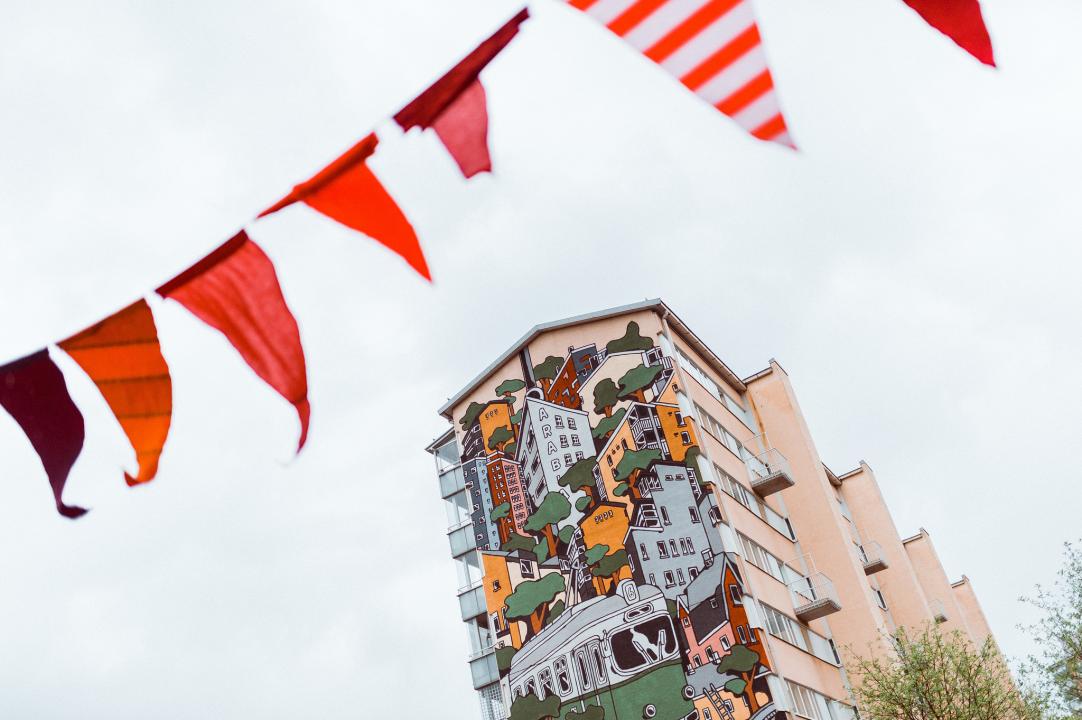 In 2015, Jukka Hakanen painted the first massive artistic mural in Helsinki in the developing Arabianranta district, which had a big influence on changing attitudes towards street art. Lots of other works by Finnish arts can also be found in Arabianranta, largely thanks to the Arabia Street Festival, which fills the neighbourhood each May with street art, music and flea markets.

In addition to Jukka Hakanen’s mural, the festival has also gifted to the neighbourhood a mural by Jani Tolin and Osmo Infemon that stretches across the walls of three apartment buildings. In recent years, some of the art in Arabianranta has also been included in a work of AR (Augmented Reality) art that you can admire by downloading an app to your mobile device. 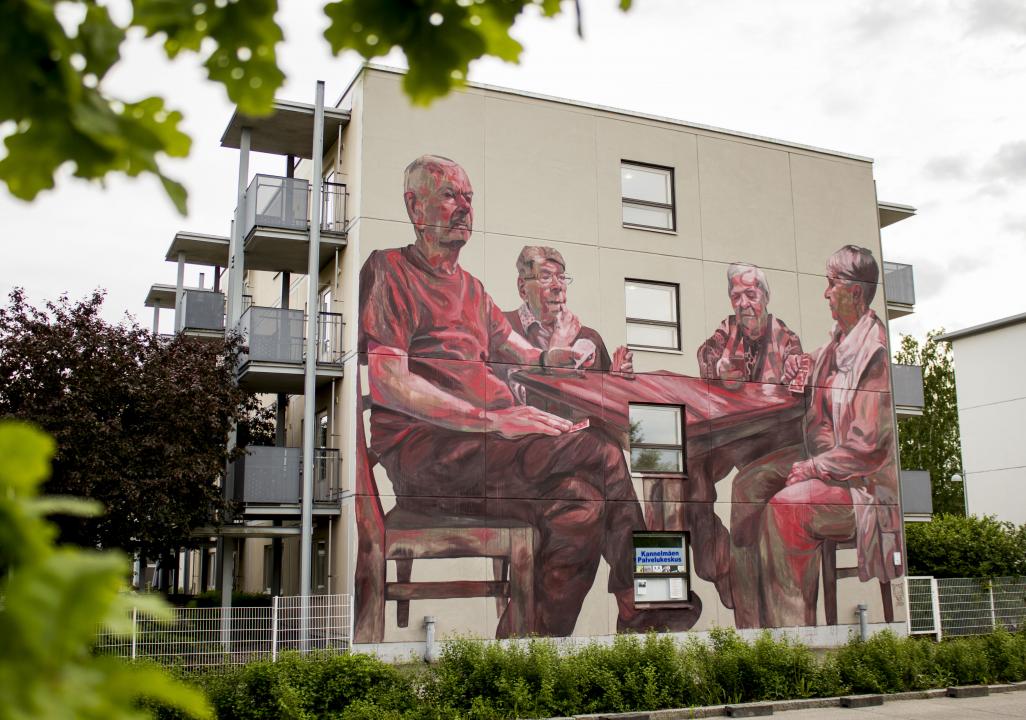 From Helsinki Central Station you can ride the local P train and enjoy a fine selection of street art along the Rail Ring Line. The first place you should stop at is Kannelmäki, where several cool works of art have appeared in recent years. In 2018, Finnish artist Jussi TwoSeven painted a series of works in the neighbourhood as part of the Upea Festival. The mural of senior citizens playing cards painted by Argentinian artist Milu Correch on the wall of the local service centre is also impressive. More communal examples of street art include Maikki Rantala’s mural and a series of works known as Tuntematon Kantsu throughout the neighbourhood, including the steps of the train station.

The next station after Kannelmäki is Malminkartano, where the first graffiti art in Finland was painted on the walls of the tunnel back in 1982. The station became a real graffiti attraction in 1995, when the long walls were covered by art by 40 young artists. The paintings were removed during the period of zero tolerance but repainted in 2017, when the area again became a major centre of graffiti and street art.

After Malminkarto comes Myyrmäki station, around which an entire street art district has developed thanks to Street Art Vantaa. Myyrmäki is in fact part of the neighbouring municipality of Vantaa, but it is still part of the same AB public transport zone as Helsinki. In addition to all the street art in and around the station, Myyrmäki is also home to Vantaa Art Museum Artsi, which hosts lots of street art exhibitions.

If you want to venture further into Vantaa, you will also find some impressive murals and painted underpasses! 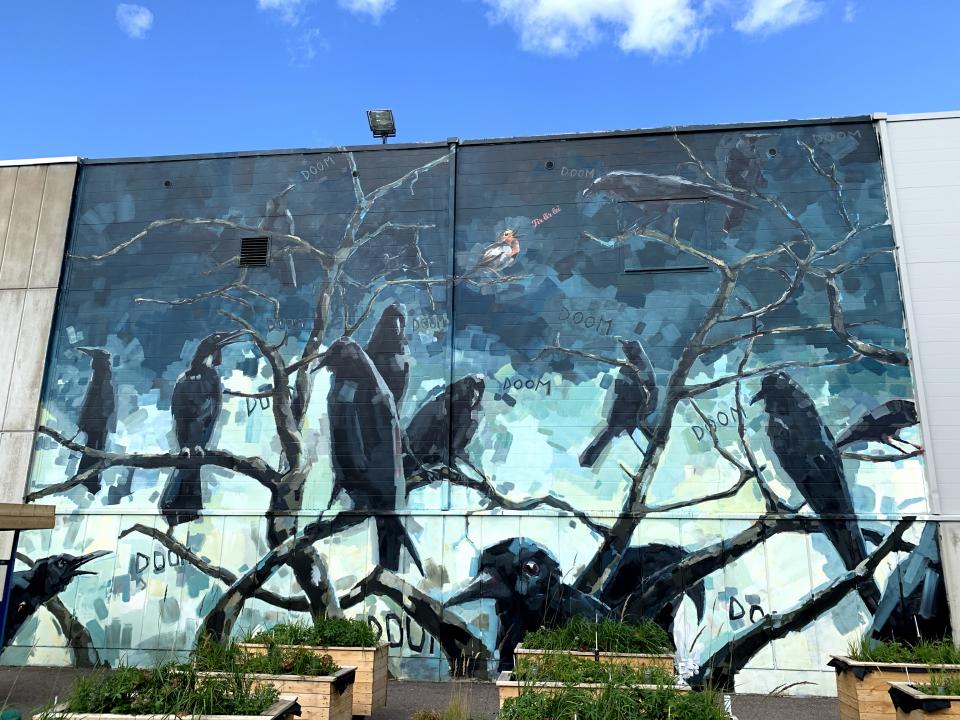 The newest major urban art centre in Helsinki can be found at the former Inex Partners logistics centre. Keran Hallit offers many great examples of urban art that have been painted over the years both outside in the yard and indoors, where there are also lots of sports facilities and no less than three breweries. The area in fact boasts the biggest concentration of murals in Finland, including exceptional abstract art and works that take a stand.

Keran Hallit also hosts a wide range of events, from flea markets to live music and community art projects. The collective behind Keran Hallit is Kera-kollektiivi, whose website has further information about all the art and events. Kera is situated in the neighbouring municipality of Espoo and is easy to get to by local commuter train; just like Myyrmäki and Helsinki, it is located within the AB zone. 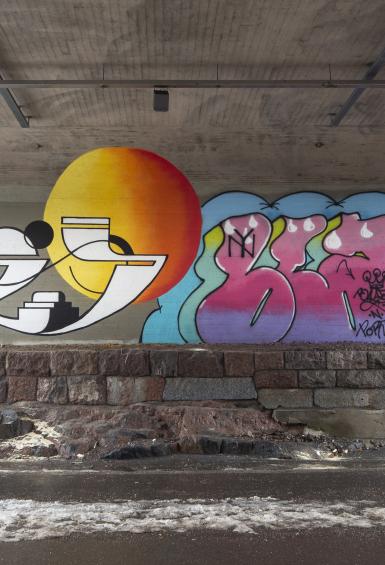 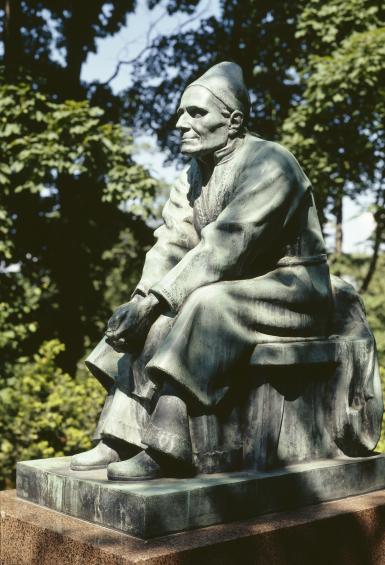 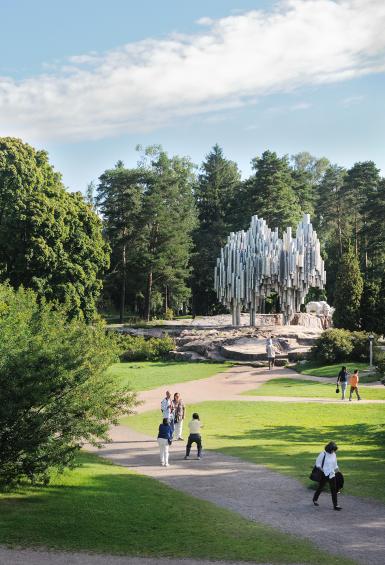 Simple liftup
Потрясающих художественных музеев Хельсинки
Show image on the left
Off
Show created/updated
Off
Show in search dropdown
Off
Teaser text
Graffiti landed in Helsinki back in the mid-1980s already. Most of the street art in Helsinki is outside the city centre, but you can also find some right in the heart of the city.
Select any filter and click on Apply to see results