Jirina Alanko
Lead text
The sea offers Helsinki’s authors, poets and researchers fuel for new inspiration and compels its observers to recognise their small scale in comparison. Its proximity is an ever-present inspiration for new book ideas.

Around 70 percent of Helsinki’s surface area is sea. It would be impossible to envision the city without its sweet islands, such as Suomenlinna, Lonna, Harakka and Uunisaari. The sea is inseparable from the inner workings and creative process of many books. 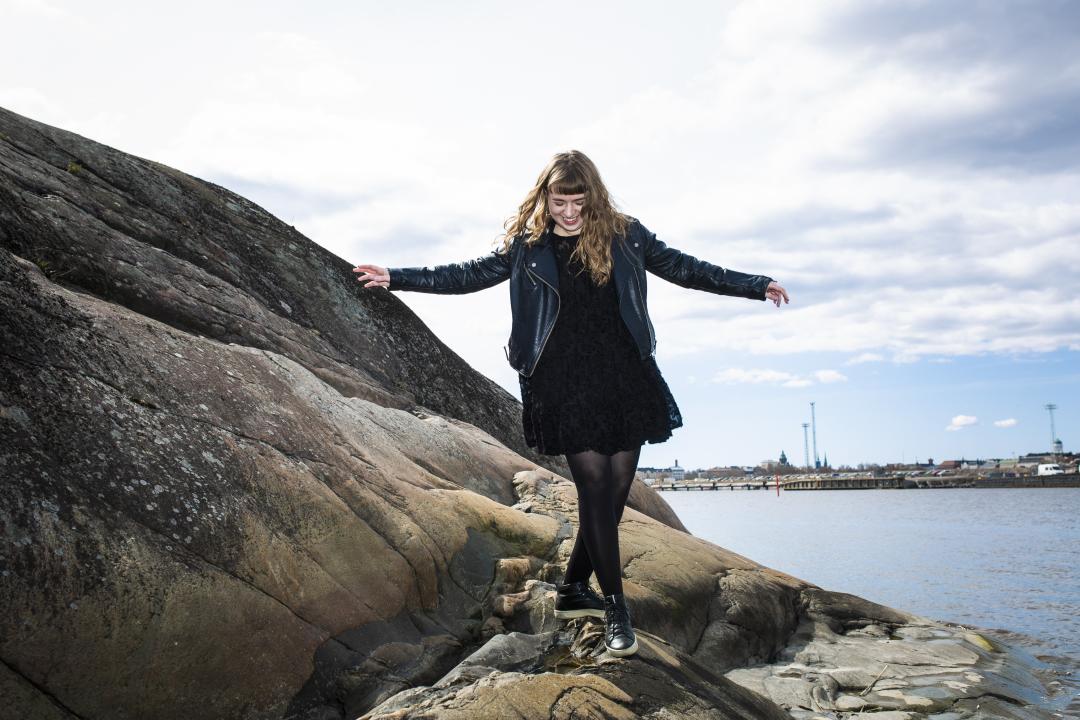 “Reading is best done by the sea”

In her collection of poems, the poet Kaisa Rantakari portrays how people leave their traces on others, as the sea does upon its landscape.

“I work at the writers’ house Villa Kivi by the Töölönlahti Bay. When I write, I long for a sense of vastness around me – a space where I can let my thoughts flow freely. It is important for me to be able to look out at the sea.

My poetry collection, Koko meren laajuus (‘The whole extent of the sea’), was published in 2018. Its core themes include the undulating motions of the sea and the inescapable receding taking place after it comes near. I also address the untameable immenseness of the sea, and how the sea leaves traces on the landscape just as people leave their trace on other people.

I moved to Helsinki to finish my collection. Before then, there was nothing drawing me to the sea, but the book turned out to be the starting point for my relationship with the sea -- most specifically my love for the sea in Helsinki. I also find that reading is best done by the sea.

My favourite maritime spot is a nook in the shoreline rocks of the Suomenlinna Sea Fortress. I find my way there when the temperature is suitable for outdoor reading. I bring a blanket and a couple of good books. It’s my hideout.” 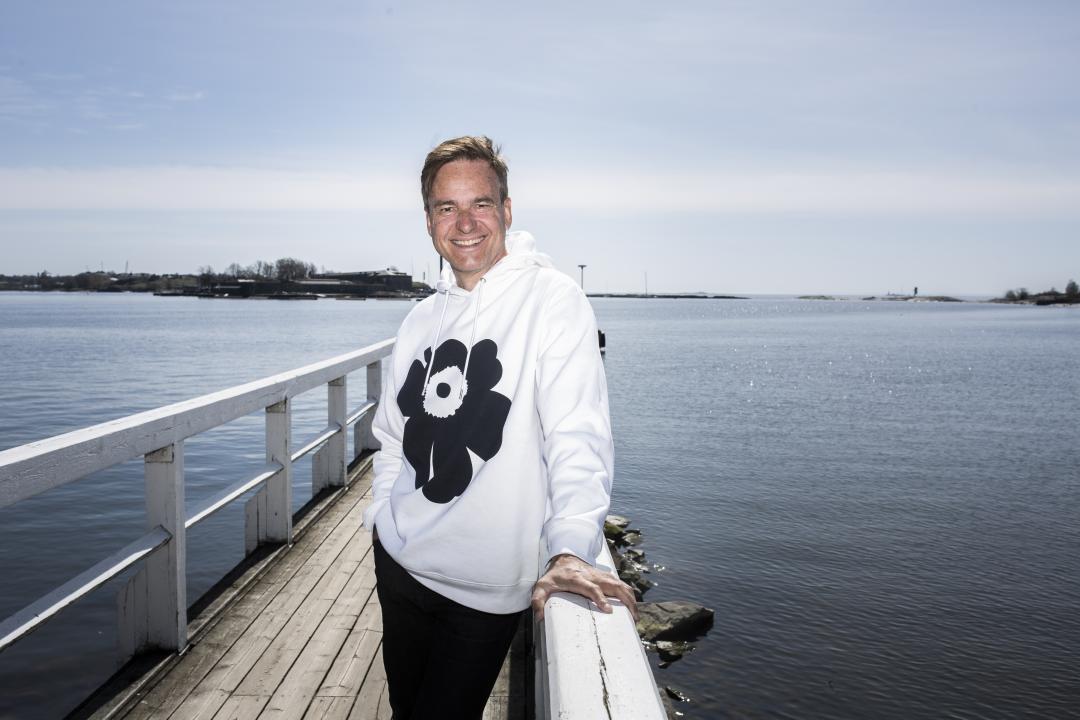 Design house Marimekko’s chair of the board of directors Mika Ihamuotila often starts off his day by observing the sea. He writes about his relationship to the archipelago in his book.

“Helsinki is a unique capital city. It is possible to stand smack in the middle of the city centre and take your gaze to the horizon. There is no other place with such an open horizon as here.

The location of a capital city by the sea gives its own strength of spirit. Looking at the water brings out a peace of mind and a sense of meditation.

I was born in Helsinki and I live by the sea. I often start my working day in one of the seaside cafés in Kaivopuisto or Eiranranta. Everyone needs to have some distance from their job and routines sometimes. I find that distance through my moments by the sea.

I have taken photos of the archipelago as a hobby for more than a decade. My recently published book, Finland – Land of a Thousand Islands, includes around 100 photos of Finland’s archipelago, as well as a text on the archipelago’s nature, culture and customs.

The archipelago surrounding Helsinki is something unique: dozens of islands lie within easy reach, just as close as the nature reserve and Nuuksio National Park, or perhaps even closer.” 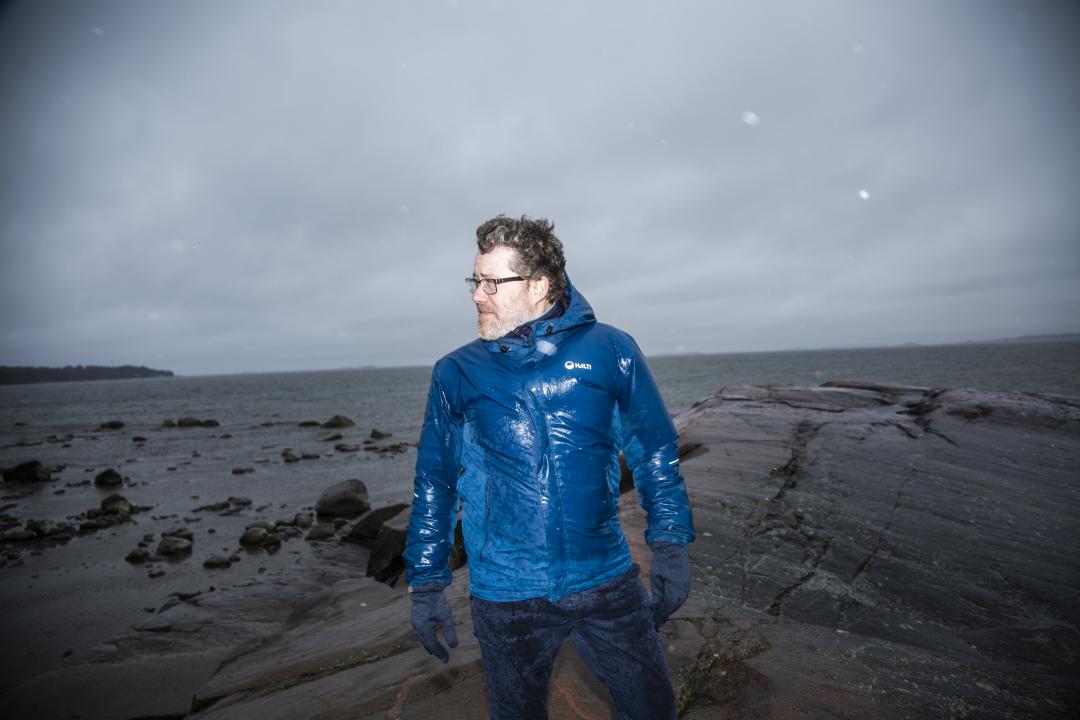 “The seashore is a place of change”

For literary scholar Lieven Ameel, Lammassaari Island is one of Helsinki’s finest locations.

“Helsinki’s maritime environment is a place for metamorphosis and new opportunities in literature. Fictional characters visit the sea to imagine what their future lives might look like. Many social changes have also begun by the sea.

For instance, it is by the sea that the protagonists in Arvid Järnefelt’s Veneh'ojalaiset (1909) receive a vision about a better future. In Anja Kauranen’s Pelon maantiede, the headquarters of a feminist guerrilla fraction is located on Lammassaari Island.

We residents of Helsinki’s Lauttasaari district have traditionally had a close-knit connection to our home island. I, however, find that the finest maritime environment is to be found on Lammassaari.

The experience begins from the moment of departure toward the island, as the view from the duckboards opens out over a layered vista of the city looming in the horizon. The city of Helsinki was founded in the Vanhankaupunginlahti bay area. The rapids area at the mouth of the Vantaanjoki river also offers a vignette of 19th century industry.

Those who walk along the same duckboards can also cast their gaze over urban visions of the 1990s in the Arabianranta district, as well as toward something completely new in the Kalasatama district.” 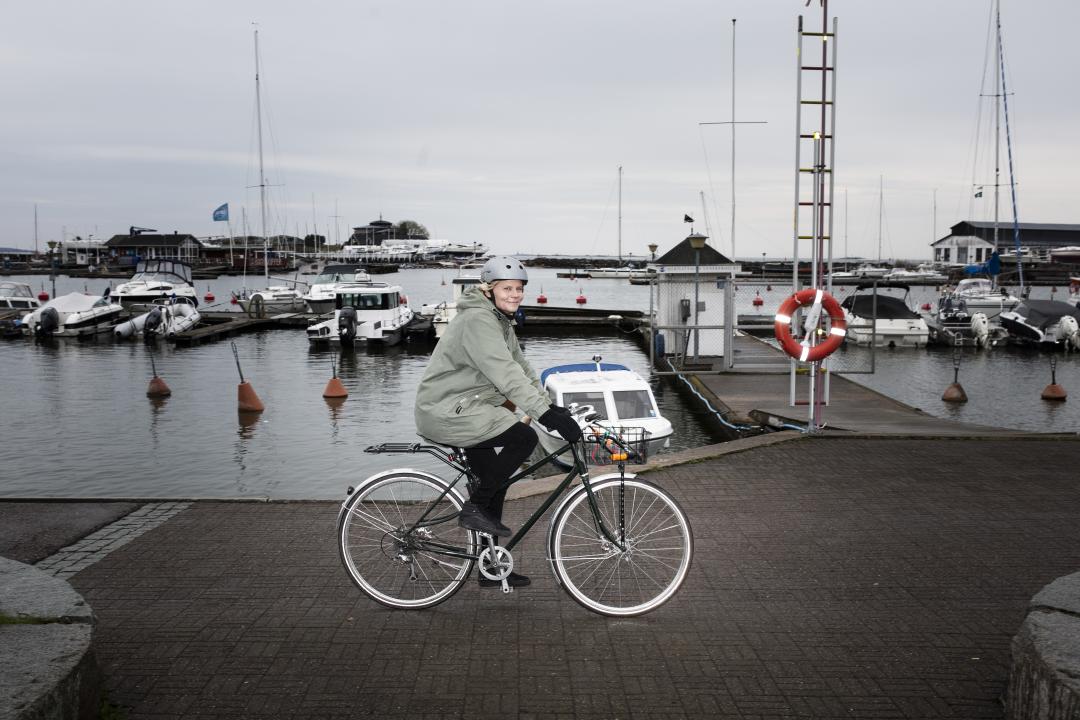 “Almost all my ideas are born by the sea”

If her writing comes to a standstill, author Paula Noronen goes down to the water and waits for the wind to blow some new thoughts into her.

“One of my first Helsinki homes was in Lauttasaari. It was wondrous to open my windows and smell the sea wind blowing inside.

The sea is a force of nature beside which one can only stand in awe. If I run out of ideas, I go to the sea. I run or walk along the shore.

Jim Carrey has said that a stroll on the beach can make him feel like the wind might blow new thoughts in him. I sometimes feel the same. Facing a massive body of water causes me to understand my insignificance, and the futility of stress. Such an attitude is liberating, and helps with my writing.

I have come up with many of my ideas by the sea.

When I was writing my book Supermarsu pelastaa silakat, I was wondering whether the conservation of the Baltic Sea is a suitable topic for a children’s book. I don’t want children to have to worry about something they cannot influence. My book is not meant to preach, but rather to leave a lingering message that the sea is worth looking after. Children have given me only good feedback.”

Rich card list
7 ways in which the sea benefits the mind and the body
“There is still beauty beneath the surface”
Simple liftup
Seaside Helsinki
Show image on the left
Off
Show created/updated
On
Show in search dropdown
Off
Teaser text
The sea offers Helsinki’s authors, poets and researchers fuel for new inspiration and compels its observers to recognise their small scale in comparison. Its proximity is an ever-present inspiration for new book ideas.
Select any filter and click on Apply to see results