Classical music venues in and around Helsinki

Heikki Tuuli
Lead text
Finnish classical music scene is world-famous because of excellent musicians and conductors as well as composers and top-notch music studies. Here are some of the most renowned classical music venues in Helsinki region.

In addition to the main concert hall, Helsinki Music Centre has five smaller halls suitable for chamber music and musical theatre performances. They are mostly used by the Sibelius Academy, part of the University of the Arts Helsinki (Uniarts Helsinki) and the third of the principle residents of Helsinki Music Centre alongside the two symphony orchestras.
Mannerheimintie 13 A

The Concert Hall of the R Building at Uniarts Helsinki’s Sibelius Academy has been a centre of Helsinki’s music life for the past 90 years. Completed in 1930, the building was specifically designed for use by Finland's premier music academy. Over the years, it has hosted countless performances by students and teachers, as well as international guest musicians.

The concert hall also had the honour of temporarily housing the nation’s most important institution, as the Finnish Parliament convened there in 2015-2017 during the renovation of Parliament House. The concert hall was subsequently restored to its original look and acoustics in 2019. The medium-sized concert hall is well suited for solo recitals, chamber music and small orchestras.
Pohjoinen Rautatiekatu 9 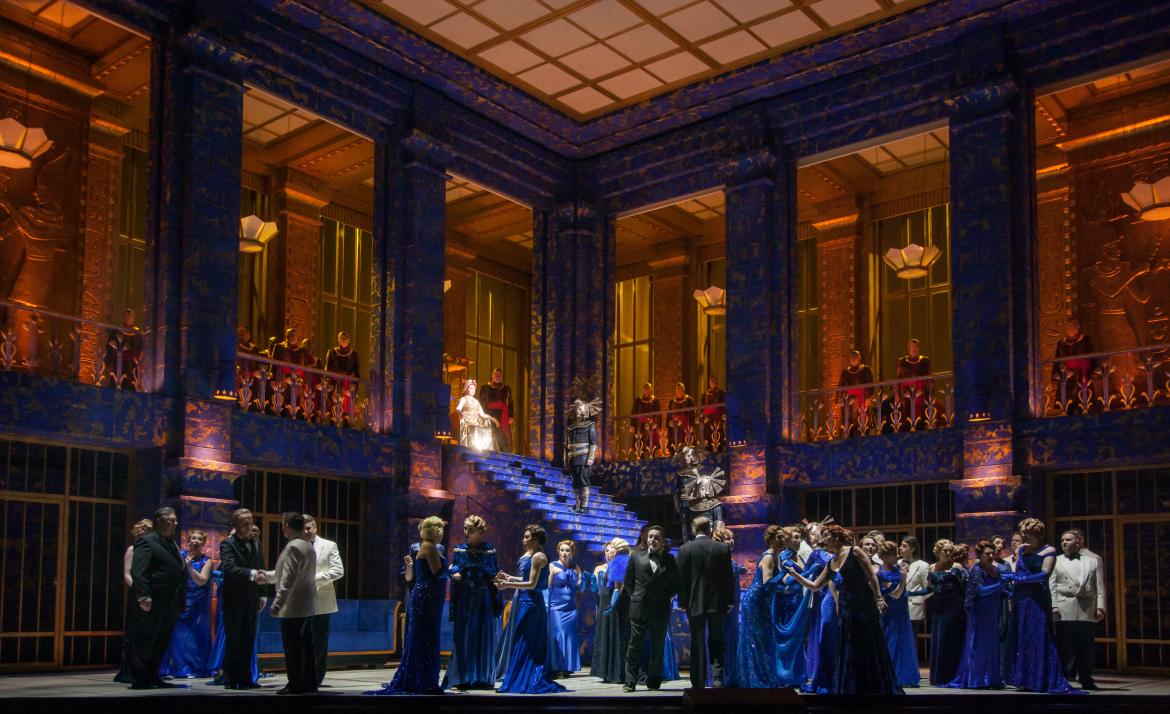 Situated in a beautiful milieu next to the Töölönlahti bay, the Finnish National Opera is the only opera house in Finland that operates all year round. Opened in 1993, the modern opera house is first-class in terms of acoustics and performance technology.

Each year, more than 150 performances are held on the main stage, in addition to hundreds of smaller performances for different audience groups on other stages and venues. The diverse repertoire includes almost twenty opera and ballet productions per season. Operas are mostly performed in their original language with subtitles in Finnish, Swedish and English.
Helsinginkatu 58 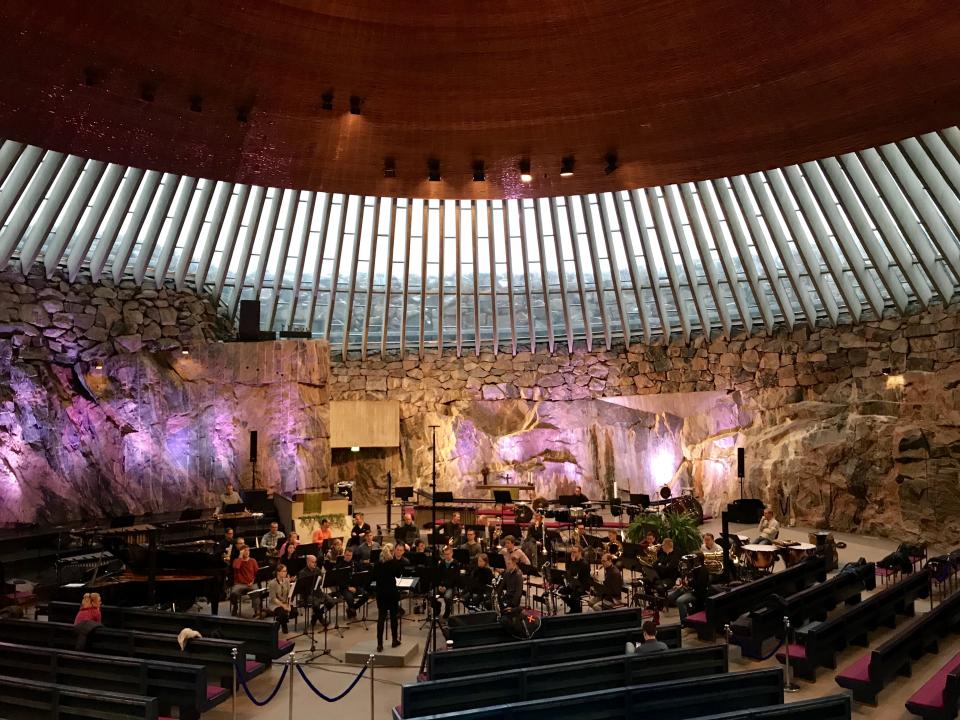 The Great Travelogue
Show in landscape format
Off

Temppeliaukio Church is not only one of Helsinki's most famous sights, but also one of Helsinki's most important concert venues for classical music. In addition to its unique architecture, the church has excellent acoustics and is very accessible for audiences. While listening to the concert, you can admire the church’s beautiful copper roof and rock walls in peace without the hustle and bustle of tourists. The popular church hosts everything from free student concerts to performances by world-class artists.

The House of Nobility (Ritarihuone) is one of the most beautiful buildings in Helsinki. The small neo-Gothic building was completed in 1862 as a meeting place for the Finnish nobility. Although the nobility has not had political significance in Finland for more than a hundred years, the Finnish House of Nobility still carries out important genealogical research and preserves valuable historical documents related to the noble families.

The most famous room in the House of Nobility is the Assembly Hall. Although the Assembly Hall is not regularly open for visitors, it regularly hosts concerts that you can attend. The acoustics of the beautiful hall are well suited for chamber music and chamber orchestras. The walls of the hall are adorned with the coats of arms of Finnish noble families. During the intermission, the lucky few can locate their own family’s coat of arms, while the rest of us can amuse ourselves by comparing all the different heraldic details.
Ritarikatu 1

The Alexander Theatre (Aleksanterin teatteri) on Helsinki’s Boulevard (Bulevardi) was originally built in 1879 as a theatre for Russians living in Helsinki. Looking at the beautiful but small and intimate theatre hall, it seems remarkable that the Finnish National Opera and Ballet operated in the building from 1919 until the completion of the modern opera house in 1993.

Since then, the Alexander Theatre has served as a stage for guest performances and remains an important venue, especially for visiting artists. The diverse theatre, music and dance repertoire often includes opera and ballet performed by both local and foreign artists.
Bulevardi 23-27 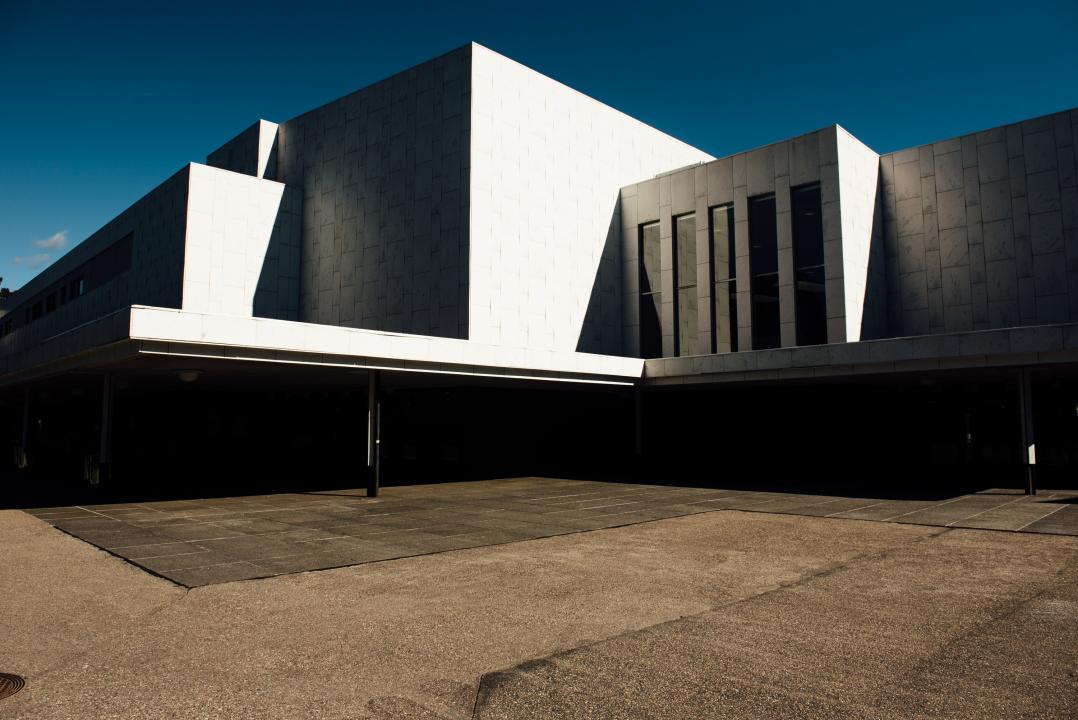 Back in the early 1960s, legendary Finnish architect Alvar Aalto designed a masterplan for the architecture lining the Töölönlahti bay that incorporated the city’s most important cultural buildings. In the end, only Finlandia Hall was ever completed according to his plans. It remains one of Aalto's most significant works, as well as one of Helsinki's most important architectural sites.

The congress and concert hall served as Helsinki's most important classical music venue for four decades. From the year it opened in 1971 until the inauguration of Helsinki Music Centre in 2011, Finlandia Hall was not only the home of the Helsinki Philharmonic Orchestra and the Finnish Radio Symphony Orchestra, but also the most important concert venue for international guest stars. Over the years, almost all of the world’s top orchestras many of the most significant soloists of their time have performed at Finlandia Hall.

Although Finlandia Hall now plays a secondary role as a concert venue for classical music, it still hosts visiting concerts and ballet performances. Attending a concert at Finlandia Hall is a great way to experience its unique architecture from inside the building and to appreciate the overall work of art of Aalto’s architecture and design, right down to the smallest interior details.

The City of Helsinki has begun the project planning for the renovation of Finlandia Hall. Based on the preliminary schedule, the renovation is set to be carried out during 2022–2024.
Mannerheimintie 13

One of the most important buildings designed by architect Carl Ludwig Engel in the Empire-style centre of Helsinki is the Main Building of the University of Helsinki on the edge of Senate Square.

The building also plays a significant role in Finnish music history. Prior to the completion of Finlandia Hall, the Assembly Hall (Juhlasali) served as the Helsinki Philharmonic Orchestra’s main concert venue. Most of the symphonies and other orchestral works of legendary Finnish composer Jean Sibelius received their premiere in the Assembly Hall, which continues to host classical music concerts from time to time.
Unioninkatu 34 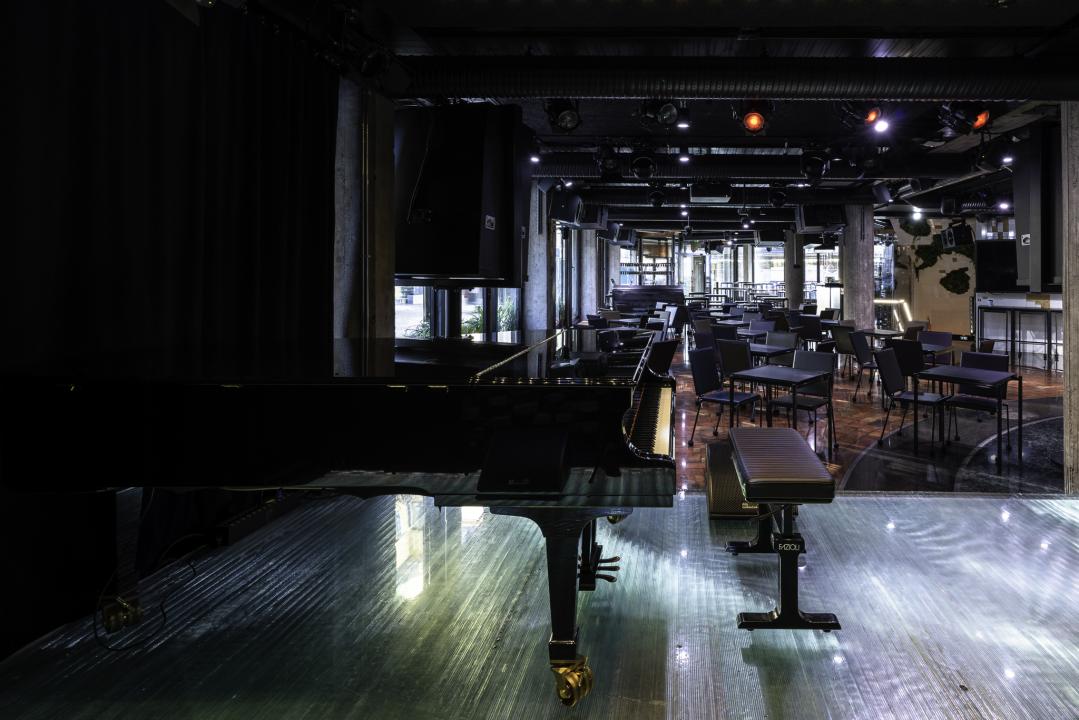 G Livelab in the Punavuori district is one of the leading live music venues in Helsinki. Its delightfully diverse repertoire covers all types of music, including classical. The Punavuori Chamber Music Association (PuKama), for example, regularly organises concerts there.
Yrjönkatu 3

Hietaranta Pavilion (Hietsun Paviljonki) is a local communal and cultural building in the Töölö district maintained by the local residents’ association. The former changing rooms at the popular Hietaranta beach were renovated a few years ago into a charming pavilion that hosts a wide range of events, such as discussions, lectures, concerts and art exhibitions. The space is also well suited for classical music and hosts, for example, a monthly “Classical Hietsu” Sunday matinee concert series.
Hiekkarannantie 9

The Kirpilä Art Collection (Taidekoti Kirpilä) is a small museum located in the former home of art collector Juhani Kirpilä (1931-1988) in the Töölö district. In addition to its fine collection of art, the museum has also distinguished itself by its intimate concerts. The repertoire includes classical music, as well as folk music and jazz, and the audience capacity is generally limited to around 50 persons.
Pohjoinen Hesperiankatu 7

The City of Helsinki has cultural centres throughout the city that play an important role in providing local cultural services. The cultural centres all vary in their profiles and have different emphases in their programmes and activities, but they all host classical music concerts.

Title
Venues on the map
Location carousel
Simple liftup
International dance and theatre stages in Helsinki
Show image on the left
Off
Show created/updated
Off
Show in search dropdown
Off
Teaser text
Finnish classical music scene is world-famous because of excellent musicians and conductors as well as composers and top-notch music studies. Here are some of the most renowned classical music venues in Helsinki region.
Select any filter and click on Apply to see results