Kuvio
Lead text
Helsinki may be the only city in the world that has an underground master plan. Construction of the vast underground network began in the 1980s and continues to this day. Helsinki now has almost 10 million square metres of underground spaces and tunnels that conceal a subterranean art museum, church, swimming hall, shops and even a karting track inside a civil defence shelter. A 40-metre-deep reservoir is also located beneath the city centre. 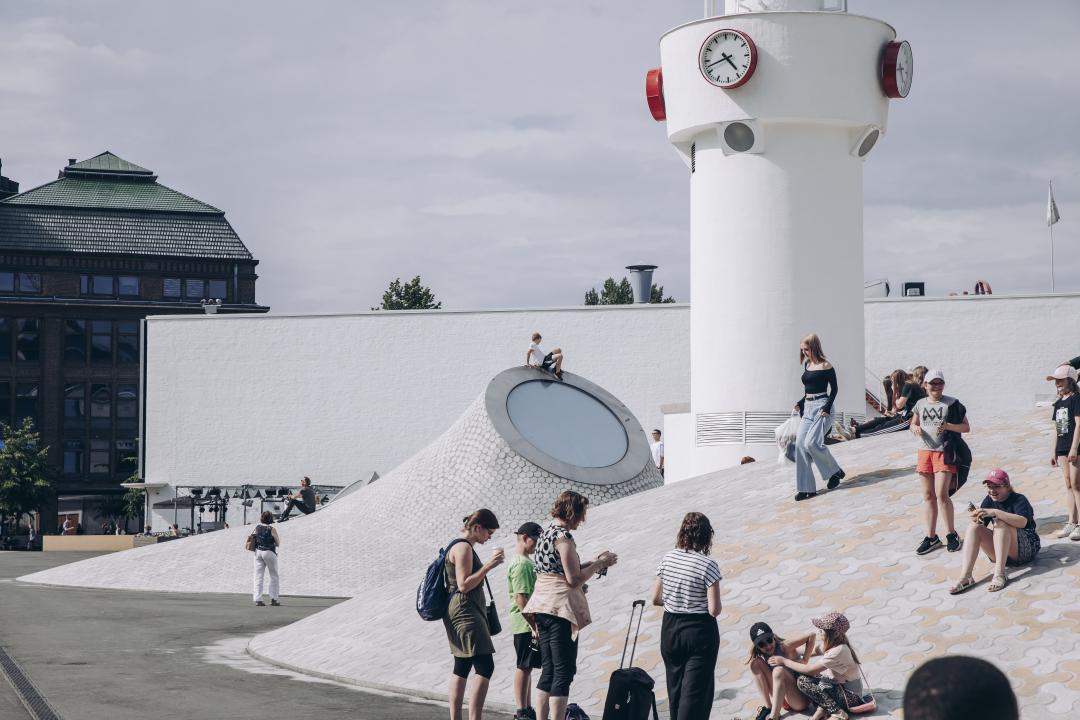 Underground resources play an important role in the construction and ecological development of the city. Underground facilities provide the ultimate “green roof” above ground since they do not impact the surface aesthetic while leaving space for natural ground surfaces and flora.

Expanding museums below ground is not so uncommon around the world. In the case of the Amos Rex art museum, the design premise was unusual. Amos Rex has quickly become an architectural attraction, but the underground location of Amos Rex is not what is emphasised – in fact, quite the opposite. The transition of the museum from the Lasipalatsi “Glass Palace” Square to its underground facilities is seamless, and natural light is channelled into the building. Without the underground facilities, Amos Rex could not have been built in the centre of Helsinki.

Excavated directly into solid rock, the Temppeliaukio Church in the Etu-Töölö district attracts visitors from around the world. Completed in 1969, the church is in fact the most popular architectural attraction in Finland among both modern and historic buildings. The subterranean church attracts around 850,000 visitors a year. 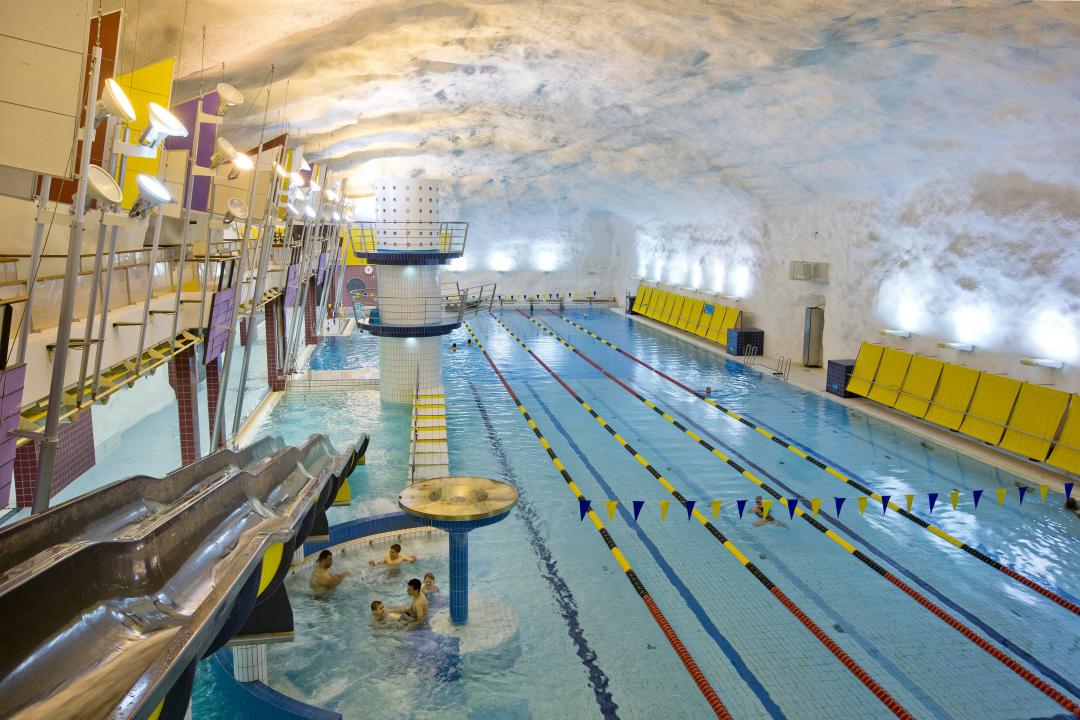 The underground Itäkeskus swimming hall and gym in East Helsinki has facilities on two levels and can accommodate around a thousand visitors at a time. Altogether, the facilities are used by some 400,000 customers a year. Quarried out of solid rock, the hall can also be converted into an emergency shelter for up to 3800 people. The swimming hall made headlines in autumn 2018 by introducing a unisex changing room.

The Ring Rail Line (“Kehärata”) connects Helsinki Airport and the adjacent Aviapolis commercial district to the Helsinki commuter rail network. The line also connects the Vantaankoski and Tikkurila train stations via a tunnel beneath the airport. The Ring Rail Line was inaugurated in 2015 and stretches 18 kilometres. Ticket prices start from €4.10 (ABC ticket) and the journey time from Helsinki Central Station to Helsinki Airport is 42 minutes – see the Helsinki Region Transport website for more information. 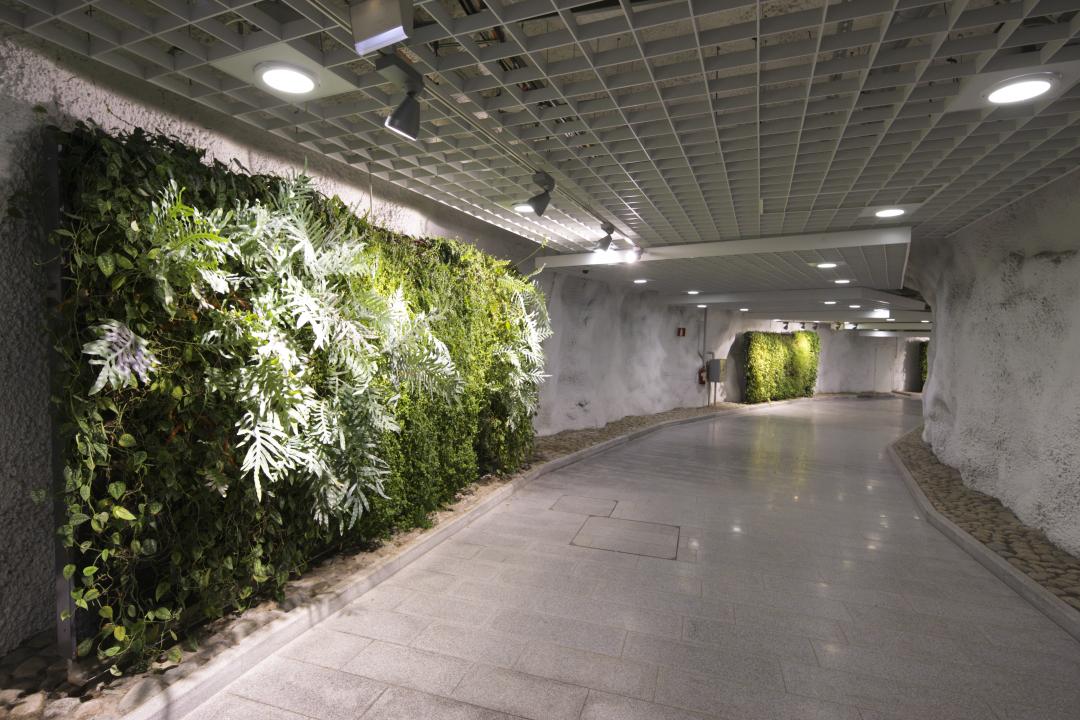 Space in the city centre is becoming increasingly cramped, and there are few free spots for building above ground. As a result, more attention is being paid these days to the attractiveness of underground facilities. This can be seen, for example, in the quality of design of underground car parks and the accessways leading to them. There are numerous entry points to these enormous parking caverns, which include P-Veturi in Itä-Pasila, Rokkiparkki in Ruoholahti and P-Redi in Kalasatama.

Lead text
One of the most visionary future plans is to link Helsinki with its sister city Tallinn, the capital of Estonia, via a 100-kilometre tunnel beneath the Gulf of Finland. 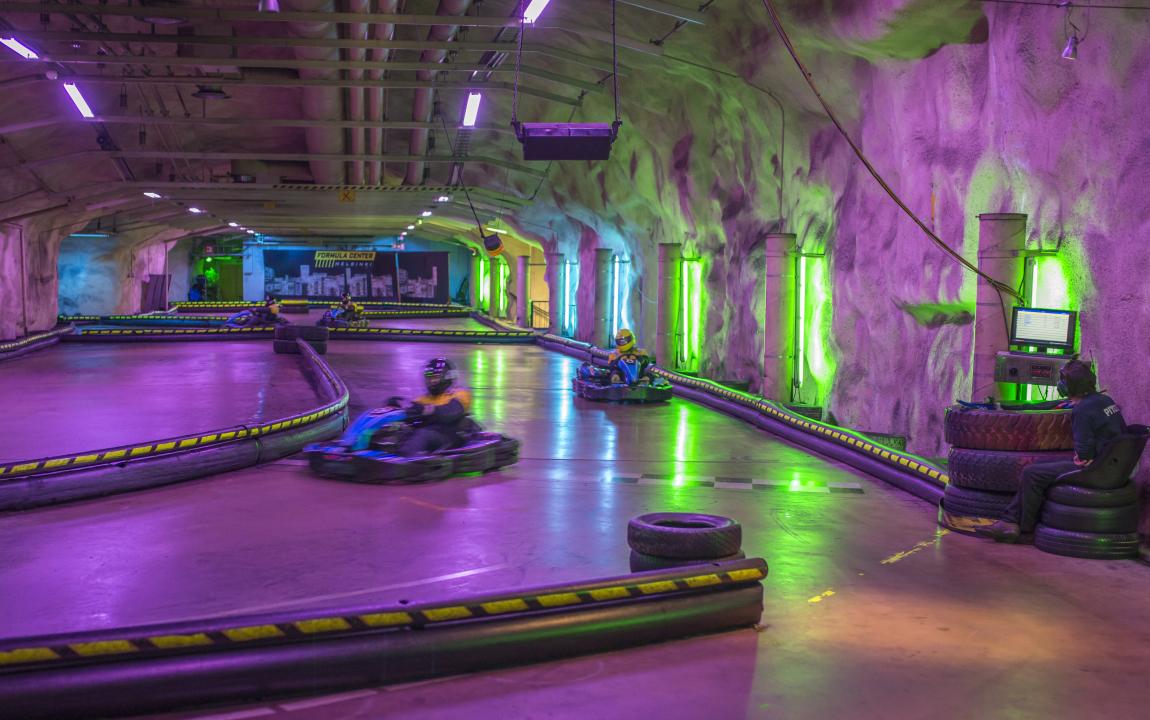 Formula Center in East Helsinki was inaugurated in 1995 and is the only subterranean karting track in Finland and perhaps the entire world. 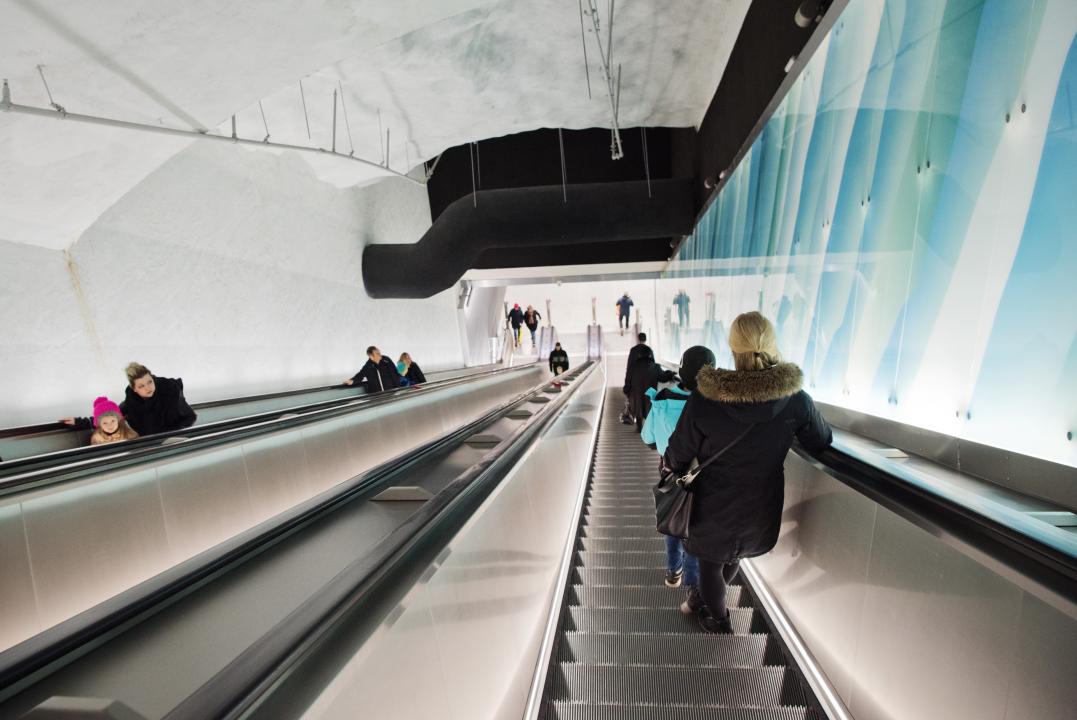 Helsinki has the northernmost metro system in the world. Helsinki’s metro was inaugurated in 1982 after 27 years of planning. These days, the metro carries 63 million passengers a year. It comprises two lines and 25 stations, covering a total length of 35 kilometres. The metro serves as the predominant rail link between the suburbs of East Helsinki, the city centre and the western suburbs of Espoo. The line passes under Helsinki Central Station, allowing passengers to transfer to and from the Helsinki commuter rail network, including trains on the Ring Rail Line to Helsinki Airport.

There are also many subterranean spaces beneath the streets of Helsinki that are not open to the public. For example, the local energy company Helen maintains a reservoir beneath Esplanade Park that holds 35 million litres of water, and it has another underground reservoir in the Pasila district. A wastewater treatment plant has also been built into the bedrock in Viikinmäki, where the wastewater from around 800,000 residents is processed. Beneath the district of Kallio, meanwhile, is hidden the world’s largest heat pump plant that combines both district heat and cooling in the same process. The plant is situated beneath a public park (Katri Valan puisto) in a cavern excavated into the bedrock. Helsinki’s metro network in turn has ghost stations in Kamppi and Kallio that were prematurely built when planning extensions to the line.

Simple liftup
Accessible Helsinki: lots to see and experience
Show image on the left
On
Show created/updated
On
Location carousel
Amos Rex
Temppeliaukio Church
Itäkeskus Swimming Hall
Helsinki Airport
Helsinki Central railway station
Leikkiluola - indoor playground
Formula Center Helsinki
Location carousel title
Places on the map
Show in search dropdown
Off
Teaser text
Helsinki now has some 400 separate facilities and tunnels, the deepest of which is about 100 m below sea level. Some of these can be turned into a shelter in just 72 hours.
Select any filter and click on Apply to see results