Mikko Taipale
Lead text
Finns are passionate about spectator sports. Throughout the winter months, you can watch high-quality ice hockey, basketball, volleyball, floorball, handball and bandy matches from the sidelines of ice rinks and courts in and around Helsinki.

Finns are passionate about spectator sports. Throughout the winter months, you can watch high-quality ice hockey, basketball, volleyball, floorball, handball and bandy matches from the sidelines of ice rinks and courts in and around Helsinki.

Helsinki has earned a reputation for organising major sporting events. The Summer Olympics were held in Helsinki already back in 1952, packing the city’s sports arenas with fans. Many architecturally important venues that were built for the Olympics have since been restored and continue to host sporting events. Helsinki’s iconic Olympic Stadium and the Sports Museum of Finland reopened in summer 2020 after a complete restoration.

In Helsinki you can enjoy not only major events, but also a wide range of other top sports too. In wintertime, you can watch as teams battle it out for the Finnish Championships or international wins in different sports.

Just as much fun as watching the teams play is soaking up the atmosphere. Helsinki is home to many of the most successful teams in Finland, and at their home games you can catch the spirit of their passionate fans.

Lead text
The most watched sport in Finland is ice hockey, which is also played by around 70,000 licensed players.

In addition to attending the sports venues themselves, Finns also love to gather to watch sports together in sports bars, for example. When Finland won the ice hockey world championships in spring 2019, over half of all Finns were watching on their screens. The women’s national ice hockey team also made it to the finals of the world championships, and over 1.5 million Finns watched the deciding game live. When Finland wins, the streets of Helsinki and the Market Square in particular quickly fill up with celebrating fans. 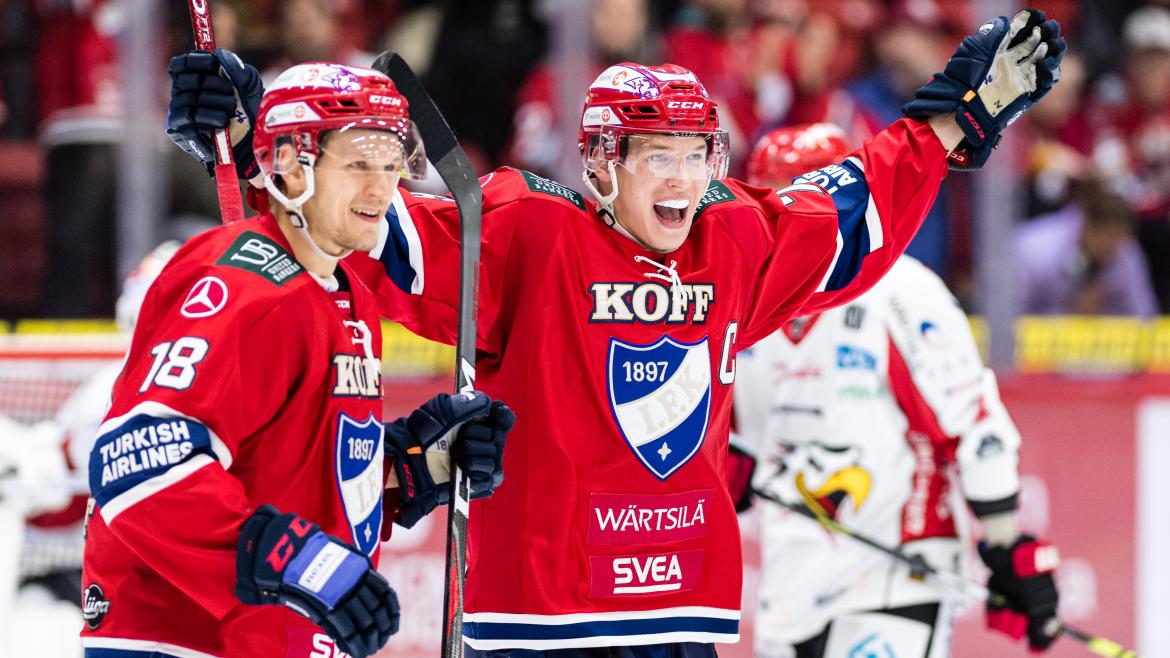 HIFK is the only Helsinki team that plays in the Finnish Championship League, or the Liiga as it is referred to locally. The team’s home ice is the historic Helsinki Ice Hall (Nordis) on Nordenskiöldinkatu, which was built in 1966. An exciting atmosphere is guaranteed inside by the Stadin Kingit (“Kings of the City”) and other loud fans. HIFK has won seven Finnish Championship titles.

Finland is also one of the top countries in the world for women’s ice hockey. Two local teams play in the Women’s League (Naisten Liiga): Kiekko-Espoo, formerly known as Espoo Blues, and HIFK, which was promoted to the league for the 2019-2020 season. Kiekko-Espoo plays its home games in Tapiola and is one of the most successful teams in the league with 14 Finnish Championship titles.

Jokerit and HIFK were once the biggest ice hockey rivals in the nation’s capital until 2014, when Jokerit decided to join the mainly Russian-based KHL, which is considered the second toughest ice hockey league in the world after the NHL. These days, Jokerit is owned by Jari Kurri, one of the most successful Finnish players of all time who once played for Jokerit and went on to win five Stanley Cup titles alongside Wayne Gretzky. Another famous Finnish player who played with Jokerit and won three Stanley Cup titles is Teemu Selänne. 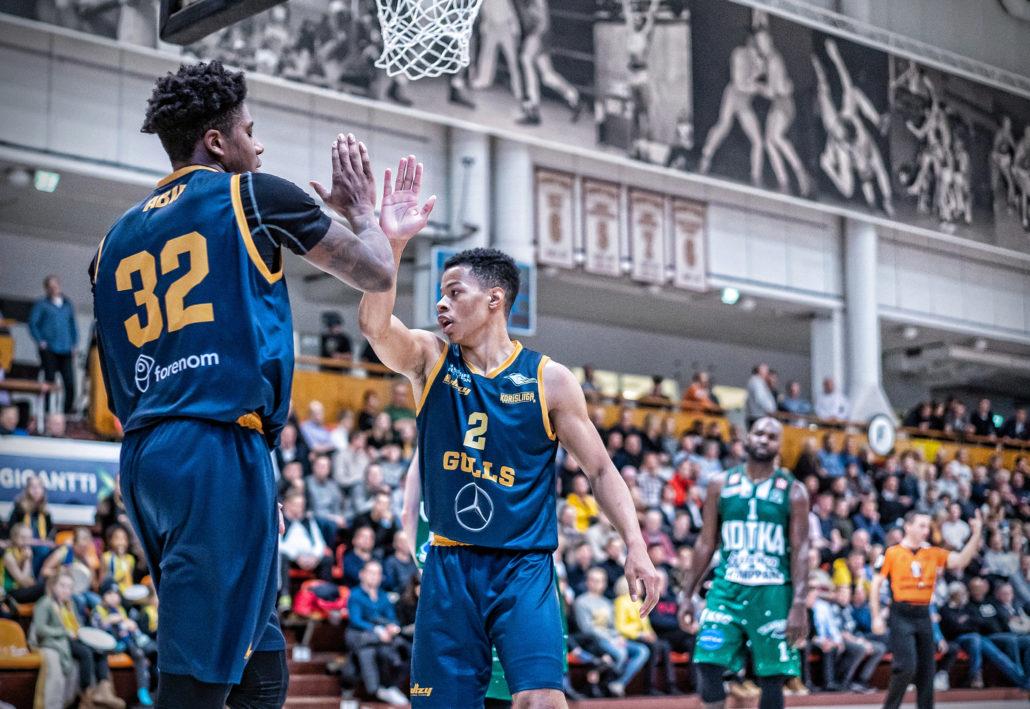 Finland has competed more than 20 times in major international volleyball tournaments, achieving 9th place in the World Championships in 2014 and 4th place in the European Championships in 2007. Most recently, the men’s national team played in the European Championships in autumn 2019. In the Finnish Volleyball League, Helsinki is represented by the Vantaa Ducks. Unfortunately, the Ducks are not one of the leading contenders in the league, which has traditionally been dominated by teams from other parts of Finland. This does not dampen the spirits of the local fans, however, who faithfully pack the Multipurpose Centre Lumo in Korso from one game to the next, beating on their drums and having a great time. Helsinki currently has no team in the women’s league. 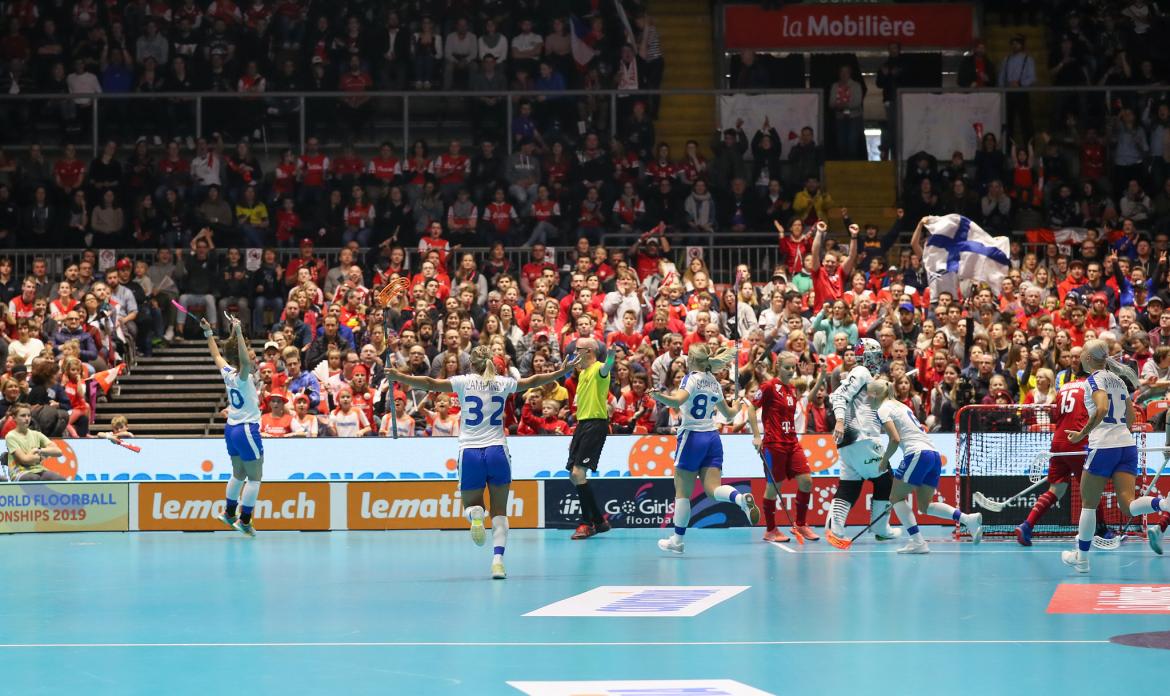 Floorball is like indoor ice hockey without the ice, so it is no wonder that the sport is popular in the same countries that dominate ice hockey. The most successful national floorball teams come from the Nordic countries and Central Europe. The Finnish men’s national team won the World Championships in 2008, 2010, 2016 and 2018, each time beating its historic rival Sweden. The women’s national team has racked up an impressive twelve World Championship medals, including two golds. In addition to the national teams, you can also watch league matches in and around Helsinki. Espoo is represented in the Finnish Floorball League by the Westend Indians and Esport Oilers, while Vantaa is represented by Tikkurilan Tiikerit and both the men’s and women’s Eräviikingit teams.

Finland is one of the world’s top bandy countries – but unfortunately Sweden and Russia are even better. The Finnish national team has been left in their shadows and taken the lowest step on the podium no less than 23 times at the World Championships, although it did actually win in 2004. Helsinki has two teams in the Finnish Bandy League: Botnia and HIFK. Botnia plays at the open-air ice rink in Oulunkylä and dominated the sport in the 1980s and 1990s, when it won medals on a regular basis. HIFK plays at the Brahe Sports Field in Kallio and is the most successful Finnish team in the history of the sport, having won the Finnish Championships 17 times. Bandy is an outdoor sport, so the weather plays a role in how the matches are played and how they are attended too. The women’s league has only four teams at the moment, and Helsinki is represented by HIFK.

Simple liftup
Helsinki’s classic grill kiosks
Show image on the left
Off
Show created/updated
On
Show in search dropdown
Off
Teaser text
Finns are passionate about spectator sports. Throughout the winter months, you can watch high-quality ice hockey, basketball, volleyball, floorball, handball and bandy matches from the sidelines of ice rinks and courts in and around Helsinki.
Select any filter and click on Apply to see results