(C) Moomin Characters TM
Lead text
Tove Jansson is one of the best and loved Finnish artists of all time and also the most widely read Finnish author in the world. She was a multitalented artist who is mostly remembered as a creator of the Moomins. In addition to the Moomin books and comics she is well known for her short stories and novels. 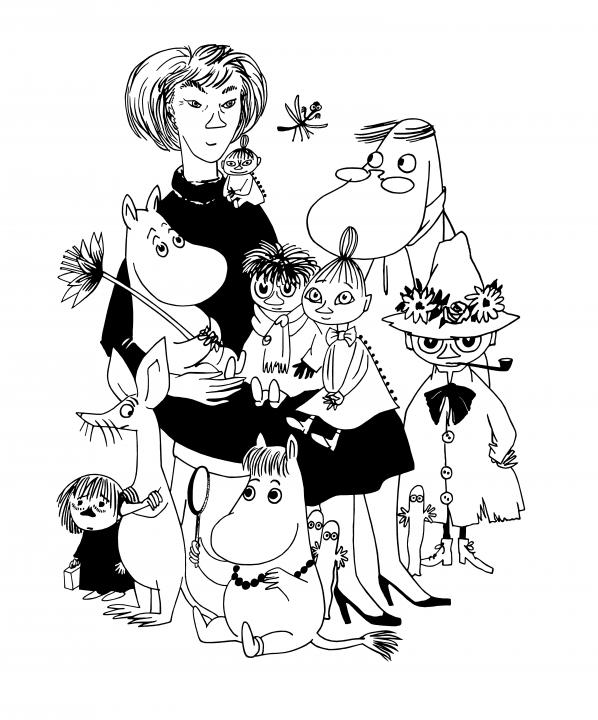 Tove Jansson and her family lived in Katajanokka during the years 1914-1933.
Luotsikatu 4

Tove used to play by the Uspenski Cathedral and the park next to it. In 2014 the park was finally named Tove Jansson Park. Her home street Luotsikatu used to cross the park.
Satamakatu, Kanavakatu 1

In winter Tove used to go skating on the ice here, and later this was also the place where the ferry to Pellinge (where her summer island Klovharu is situated) departed.
Halkolaituri, Pohjoisranta

“If I could wish something good for someone, I would wish for them an island with no address.” 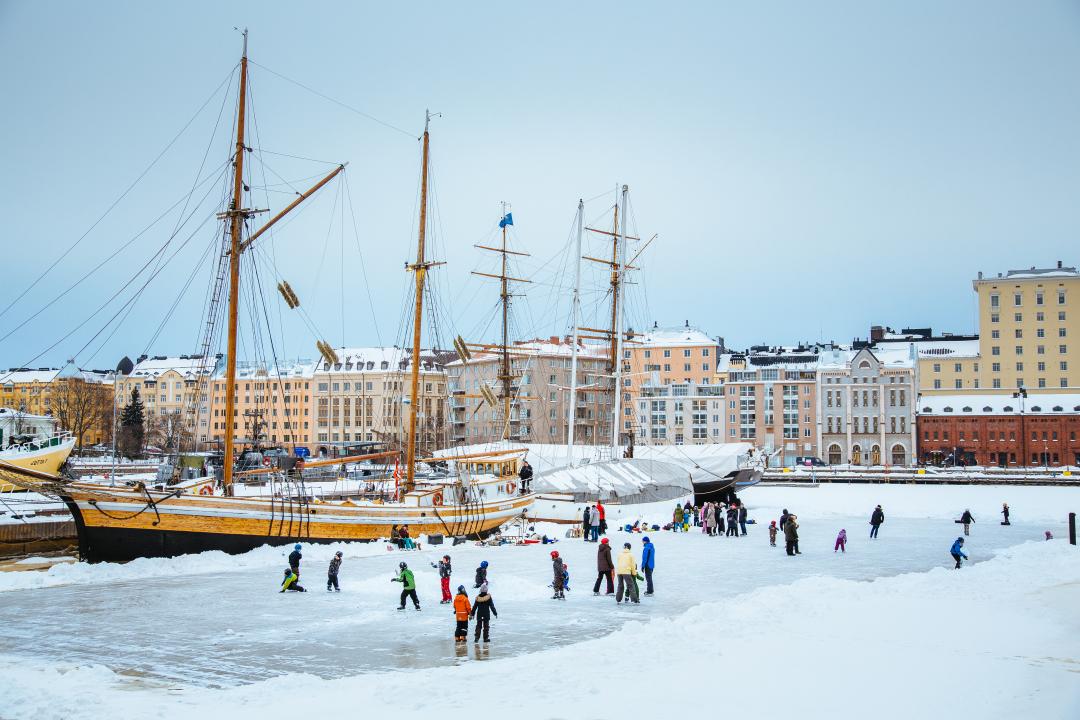 Tove Jansson stood as model for the larger mermaid of the water fountain Water Nymphs/Play by his father Viktor Jansson. The sculpture is located near the Kappeli restaurant in the park.
Esplanade park

Tove Jansson’s friend, theatre director Vivica Bandler had an idea for taking the Moomins into a theatre. Jansson was inspired by the idea and began working on the play based on the first three Moomin books published so far. On 29 December 1949 Tove Jansson’s “Mumintrollet och kometen” premiered at Svenska Teatern. Both the audience and the critics liked the play and it was presented 19 times. However, part of the audience experienced the content and language of the play inappropriate for young children. Nevertheless Mumintrollet och kometen marked a new, interesting and fascinating era for Tove Jansson with all the numerous theatre works.
Pohjoisesplanadi 2

“Imagine how lonely a person whom everyone fears must be!”

The Mermaid fountain by Viktor Jansson. The model for the sculpture is said to be his daughter Tove Jansson.
Eteläesplanadi 22 (sinner courtyard)

Tove Jansson lived here from 1944 until she passed away in 2001. Tove’s life partner Tuulikki Pietilä also had a studio in the same block. The memorial plaque, commissioned by the Society of Swedish Authors in Finland, features a relief of Tove Jansson’s face as a young girl sculpted by Viktor Jansson. The studio is not open to the public.
Ullanlinnankatu 1

This is the first permanent gallery in Helsinki dedicated to the art of Tove Jansson. The exhibition includes two of Tove Jansson's most important works, the frescoes "Party in the City" and "Party in the countryside". Especially the fresco "Party in the City" includes several references to Tove's life at the time. The dark beauty on the dance floor is Tove's then (secret) love, theatre director Vivica Bandler. In the foreground of the fresco sits Tove Jansson herself, and beside her on the table stands a little Moomin figure. The gallery also includes a changing selection of Tove's other works.
Eteläinen Rautatiekatu 8

“I know that I’m living stronger than ever right now, and maybe my latest fresco is the best work that I’ve ever done, despite how hard it was to do – or perhaps precisely for that reason?”

Tove Jansson in a letter to Vivica Bandler, spring 1947

Tove Jansson was laid to rest at Hietaniemi cemetery. The memorial has a statue made by Tove’s father, Viktor Jansson.
Mechelininkatu 2

The Jansson family lived in this artists' home from the early 1930s. Tove moved to her own studio in 1944. The home is not open to the public.
Eteläinen Hesperiankatu 14

“I want to move forward, no, not move, rather to play forward in life.”

The statue Convolvulus by Viktor Jansson is located in Kaisaniemi Park behind the National Theatre. The title derives from the Latin name of the field bindweed, ‘convolvulus arvensis’, traditionally also known as the lifeline. The work was entered in a competition arranged in 1930-31 by the City of Helsinki to acquire public sculptures. Tove modelled for the statue.
Kaisaniemi park

Tove studied at the art school that is now known as Ateneum from 1933 to 1937. Here Tove also first met Tuulikki Pietilä, her life partner.
Kaivokatu 2

“I have given myself permission to play for an unusually long time.”

Rich card list
Tove Jansson
Tove Jansson
Lallukka – Life in the Home of Artists
Title
Tove Jansson's Helsinki
Location carousel
Simple liftup
Visual arts in Helsinki
Show image on the left
Off
Show created/updated
Off
Show in search dropdown
Off
Teaser text
Tove Jansson is one of the best and loved Finnish artists of all time and also the most widely read Finnish author in the world.
Select any filter and click on Apply to see results