Jussi Hellsten
Lead text
The Katajanokka peninsula next to the Market Square is home to six giant icebreakers. In wintertime they are busy clearing the shipping lanes, but in summertime especially they can be admired up close from the Merikasarmi Quay. Sometimes the winters are so mild that at least some of the icebreakers remain in port throughout the season.

Katajanokka has been the home port of Finland’s fleet of icebreakers since the beginning of the 1970s. Their job is to keep the shipping lanes open along the Finnish coastline even in the heart of winter, when the Baltic Sea is often covered by a thick layer of ice.

The icebreakers represent Finland’s long traditions in shipbuilding, as all six ships were built in Helsinki.

The oldest of the icebreakers is Voima (“Strength”), which was launched in 1952 by Sylvi Kekkonen, wife of then-prime minister Urho Kekkonen. Voima has had a long and distinguished career in Finnish maritime history.

Upon completion in 1954, Voima was literally a show of strength by the Wärtsilä shipyard in Helsinki. It was the first icebreaker in the world to be equipped with double bow propellers to create a friction-reducing flow between the hull and the ice. At the time, Voima was considered to be even too big and grand. In fact, it was so impressive that Wärtsilä went on to build three sister ships, two of which were sold to the Soviet Union and one to Sweden.

Now almost 70 years old, Voima has been refitted over the years and remains an extremely modern ship to this day. For example, it has new engines, propulsion motors and automation, and its hull has been reinforced.

Sisu and Urho were built in the 1970s and are over a hundred metres in length. Sisu was named after the legendary character trait of Finns (“Perseverance”), while Urho was named after then-president Urho Kekkonen, who also launched the ship (the name also refers to “urhoollisuus” or “valour”). Sisu has accommodations fitted with classrooms and a library for maritime students, while Urho’s accommodations were designed for public relations uses.

Urho has hosted numerous state visits and banquets over the years. In summer 1975, US president Gerald Ford had a sauna onboard, as did West German president Richard von Weizsäcker a decade later in 1985. In the same year, Urho sailed up the Thames in London for the opening of the Sea Finland exhibition at the National Maritime Museum.

Not all official occasions went so smoothly. In 1977, a ship loaded with pulp was stuck in the ice off the coast of Oulu for half a day while the Austrian president visited Urho’s bridge. 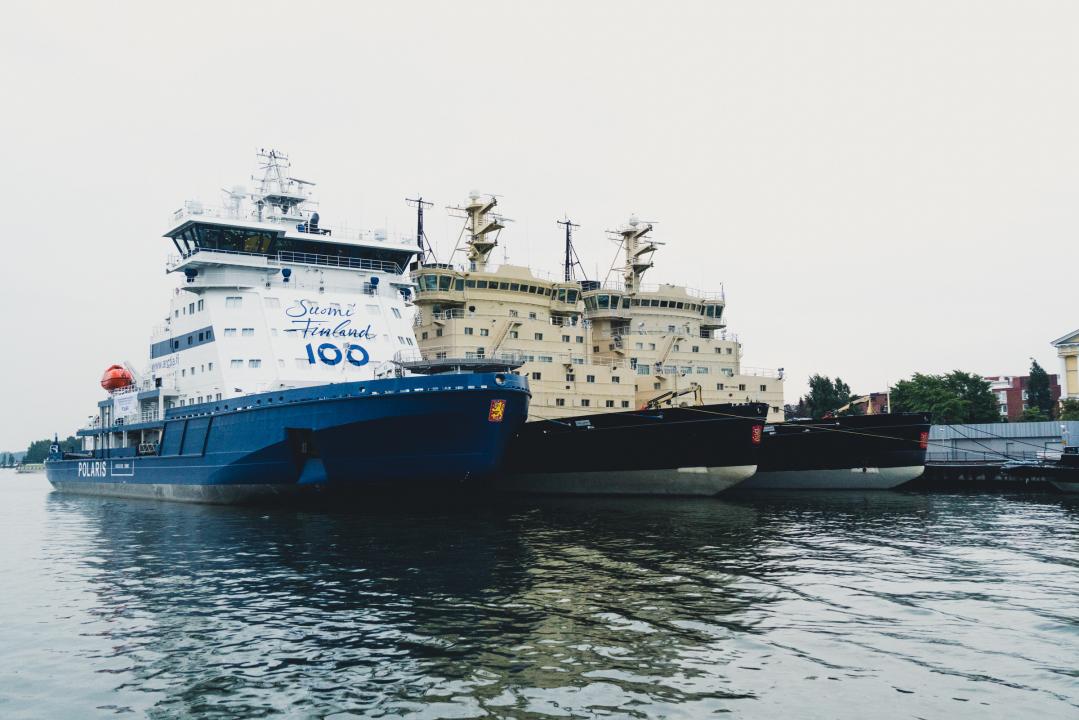 Kontio and Otso – sister ships from the 1980s

Named after the powerful bears of the North, Kontio and Otso were built in the mid-1980s. The two were considered the most technically advance icebreakers in the world at the time. Each ship is 99 metres in length. Thanks to the advanced design of their hulls and propulsion systems, the ships are much more fuel efficient than the older and larger icebreakers, so they are usually the first to go to work when ice forms in the Gulf of Bothnia. Like the older ships, Otso and Kontio have crews of around 20 sailors each.

In 2015, Otso was upgraded for Arctic service, allowing it to be used in the Baltic Sea in winter and the Arctic region in summer. The successful conversion of the ship won it an international maritime innovation award. Otso has already visited Greenland, where it assisted a seismic surveying vessel in the ice.

The crew of Kontio were awarded a lifesaving medal in 1998. A sailor aboard a Neste tanker fell into the sea off the coast of Loviisa one night in February. The sailor managed to climb onto an ice floe as his ship disappeared into the darkness. Fortunately, a nearby ship heard his calls for help and asked over the radio whether the Neste tanker was missing any crew members. The crew aboard the nearby Kontio heard the messages and manned the decks to look for the man, who was soon spotted and rescued.

Polaris also boasts the greatest propulsion power of any icebreaker. It has three electrically driven ABB Azipod propulsion units that can rotate 360 degrees, providing propulsion in any direction.

While the Baltic Sea only has seasonal ice, Polaris was designed to cope with perennial ice. At a speed of 6 knots, Polaris can break ice up to 1.2 metres thick. Polaris is also equipped as an oil spill response vessel. 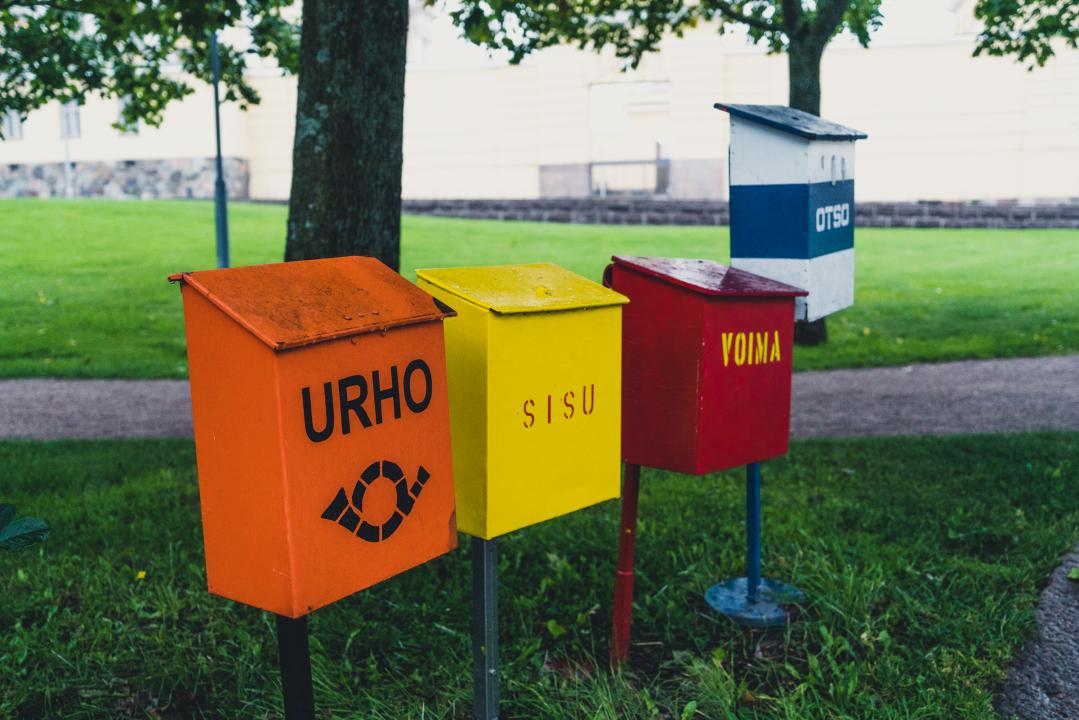 The colourful mailboxes on the quay are a favourite among passersby and photographers. They also serve an actual purpose: the crews spend long periods aboard their icebreakers, so they have their own mailboxes for their mail and newspapers. The crew members themselves painted the mailboxes, and sometimes they even take their mailboxes with them when they are based in Kotka or Loviisa, for example.

Another interesting sight by the quay is the head office of Arctia Shipping, which manages the fleet. It looks like a building but is actually a vessel. The floating head office is almost a thousand square metres in size and showcases both architectural and shipbuilding know-how. It was designed by K2S Architects and can be towed anywhere!

Icebreakers are located in Katajanokka district, at Merikasarminlaituri dock

Simple liftup
Katajanokka
Show image on the left
Off
Show created/updated
On
Show in search dropdown
Off
Teaser text
The Katajanokka peninsula next to the Market Square is home to six giant icebreakers. In wintertime they are busy clearing the shipping lanes, but in summertime especially they can be admired up close from the Merikasarmi Quay. Sometimes the winters are so mild that at least some of the icebreakers remain in port throughout the season.
Select any filter and click on Apply to see results