Helsinki's galleries take you to the heart of Finnish art scene

Helsinki Contemporary Oy / Jussi Tiainen
Lead text
Many of Helsinki's established galleries operate within a couple of blocks of each other, smack in the center of the city, and are thus ideal for a casual Sunday stroll where patrons can take in a well-balanced look at what's currently happening in the Finnish art scene.

Helsinki's galleries have been a haven and a sanctuary for art lovers throughout the COVID pandemic. Where larger museums face challenges in limiting the number of visitors and need to comply to government imposed lockdows, privately run galleries are somewhat more capable of adjusting their visitor intake and thus remaining open to the public even during stricter restrictions. Some galleries have opted for opening by demand and reservation, if general admission has been deemed impossible. Please check the most recent info on the galleries own websites. 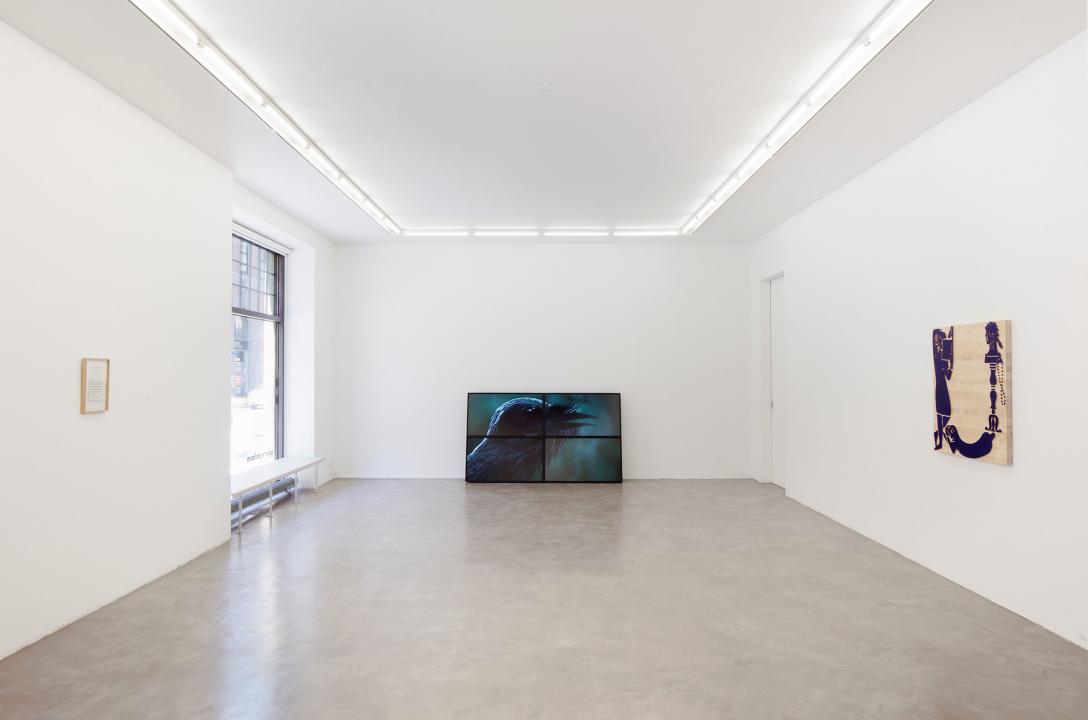 Taidesalonki is Helsinki's oldest gallery, in operation since 1915. Mainly focusing on painting, but also the sales of paintings and antiques items. Presents everything from beginners to well established artists, with shows changing every three weeks. The gallery has amassed the Katarina and Leonard Bäcksbacka collection, named after it's founders, and consisting of a wide selection of artists elementally linked with this pioneering gallery, which has subsequently been bequeathed to the city of Helsinki.
Bulevardi 3B 17

Easily the most international of Helsinki's galleries, Galerie Forsblom has been a mainstay of Helsinki's gallery scene since the 1980's. Initially relying on gallerist Kaj Forsblom's contacts, which have enabled shows by such A-list international names like Frank Stella  and Julian Schnabel, Forsblom has amassed an impressive roster of talent ranging from the impressionistic colour explosions of the revered master of Finnish painting Rafael Wardi to the recent humoristic ceramic pieces of painter Jussi Goman. Well-connected to the international art market and until recently also operating a branch in Stockholm, Forsblom is an unmissable gateway into the Finnish gallery scene.
Yrjönkatu 22

Perhaps the most important Helsinki gallery of the 00's, Anhava focuses again mainly on painting, with a strong representation of millennial talent, from Jukka Korkeila through Elina Merenmies to Anna Tuori and Karolina Hellberg. Gallerist Ilona Anhava has a keen eye for  a certain kind of painting, which can sometimes be challenging, but always ultimately rewarding. Anhava's painters are deservedly amongst the most celebrated in Finland.
Fredrikinkatu 43

The latest major arrival on Helsinki's gallery scene, this stylish gallery is very much the hippest of the hip. Again, focusing on painting, but also showing photography and sculpture, Contemporary boasts an impressive roster of such hot names like Perttu Saksa and Ville Andersson, but also more established artists like Pekka Jylhä and Janne Räisänen. The rough edges of the interior have something reminiscent of a loft space about them, contrasting with more traditional white cube interiors like Forsblom and Anhava.
Bulevardi 10 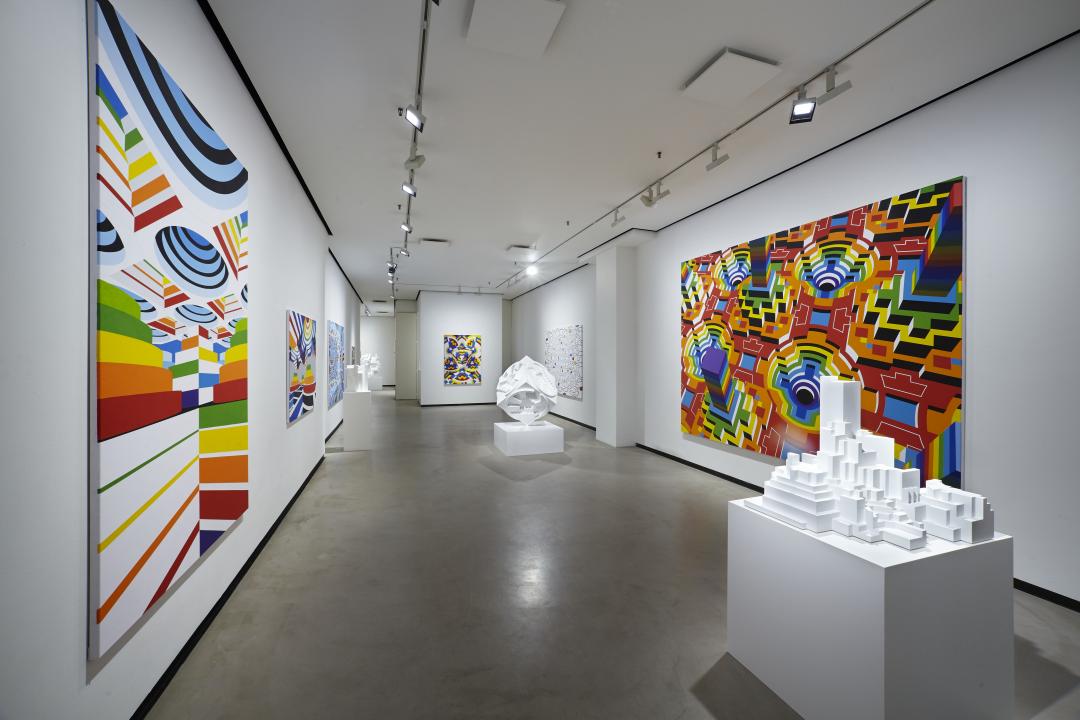 Recently opened in 2020, this lovable little gallery is the labour of love of former Helsingin Sanomat art critic and Mänttä Art Week curator Veikko Halmetoja. A well-loved figure in the art world, Halmetoja's particular strength is in the personal touch and rapport he has with his artists, the opening exhibition of the gallery by ceramic artist Jasmin Anoshkin setting the tone: fun, quirky and highly personal.
Kalevankatu 16

Run by second generation gallerist Sonja Rehbinder, Bronda exudes tradition and professionalism, as you would expect from a gallery in operation since 1978.  Bronda's online collection boast works by established classics like Birgitta Ara and Veikko Vionoja through Hannu Väisänen to the ever-popular Kaj Stenvall and Kuutti Lavonen.
Annankatu 16

An understatedly stylish gallery run by gallerist Rauli Heino. Painting and photography have an emphasis, but Heino's particular strength is the strong affinity it has on cool and meditative art.  Heta Kutchka, Erno Enckenberg, Johanna Lecklin, Jussi Twoseven and Susanna Majuri are among the artists who have exhibited here.
Erottajankatu 9

Spacious and often flooded with light, this assured and self-confident gallery provides us with an interesting look into an alternate reality of the Finnish art world. Presenting artists who are often either as good, or even better than the more fêted names of the current popular scene, Ama has hosted landmark exhibitions from painters ranging from Tero Laaksonen to Jaakko Mattila, but equally focuses on sculpture and installations from the likes of Marja Kanervo and Kaisaleena Halinen.
Rikhardinkatu 1 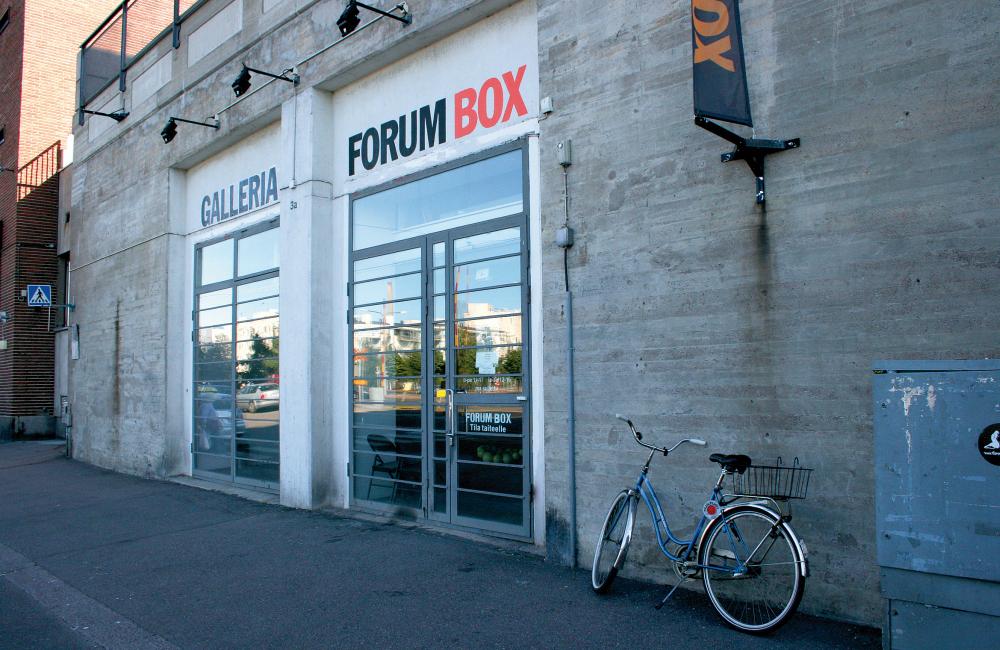 Founded by a group of eminent Finnish sculptors like Pekka Pitkänen et al in the 1990's, Forum Box presents an alternative to the cool detachment of the more established galleries. Situated in a a former industrial space, the gallery has a feel of entering an artist's studio. High ceilings and rough walls create an almost cave-like interior, which is conveniently situated just around the corner from the former seaman's restaurant Salve, a favoured haunt of such artists like Juhani Harri and Ukri Merikanto.
Ruoholahdenranta 3A

Rankka is the enfant terrible of the Helsinki gallery scene. Run by artist, for artists – Rankka needs to be experienced. Curating interesting exhibitions from the margins of the art world, like the recent Artist at Risk exhibition, which showed works by artist fleeing war in the Middle East, Rankka is a welcome alternative to almost any other gallery in Helsinki today. Having been forced to move from the former shipping storage brick warehouses in Jätkäsaari, it retains its rough edge in its current quirky second story industrial space, that still boasts a large crane in the ceiling. The painter Jyrki Riekki is a mainstay of Rankka alongside the gallerist Ilmari Rankka, and very much involved in the gallery's operation.
Eerikinkatu 36

Continuing the quirky work of such underground artist-run galleries like Sorbus-galleria, Asbestos in an important low entry level addition to Helsinki's gallery scene. Artist-run and down-to-earth, this no fuss gallery takes us back to basics, and reminds us what this really should be about: a space from whence all excess is curated out of, allowing for art to bloom.
Mäkelänkatu 45

An idiosyncratic addition to Helsinki's gallery scene, Loukko is almost more of a community space than a gallery, providing patrons with  printers and scanners and a knitting machine, and a scrumptious vegan cafe on top of that.  Gallerist Hanna Räty also writes the Puistojatkot blog, and has a healthily irreverent attitude towards traditional gallery structures and conventions. Loukko has branded itself as a safe space, and is in every way a gallery for our times and a new generation of artists and art lovers.
Castréninkatu 7 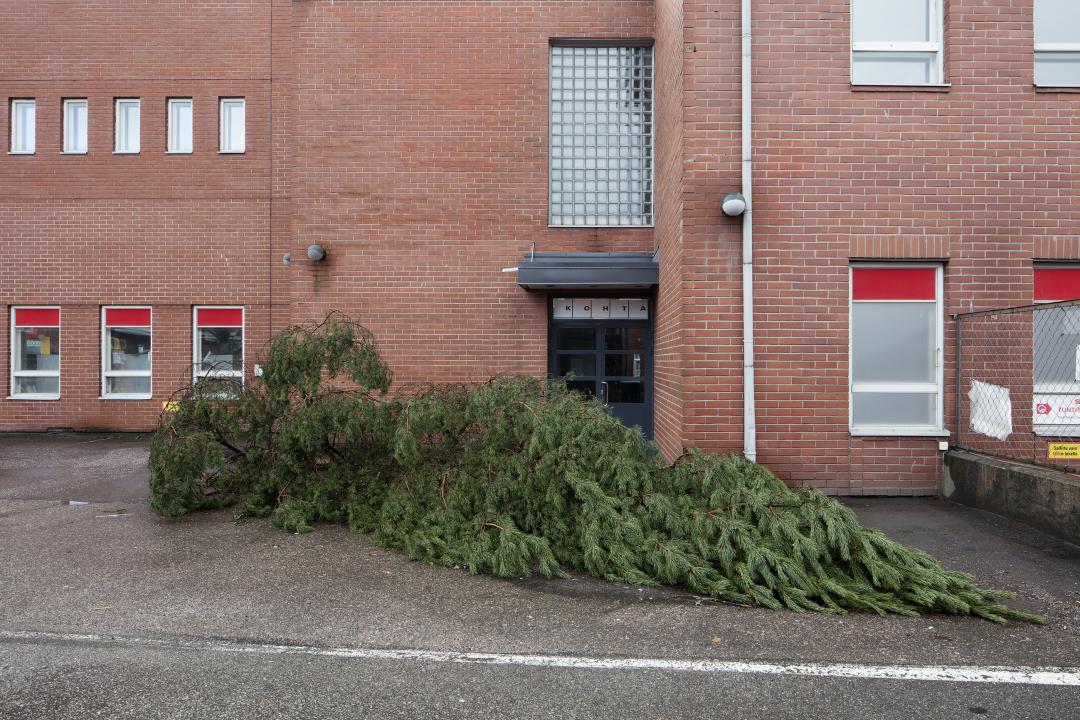 A private gallery or kunsthalle in the trendy Teurastamo area, Kohta is one of the latest additions to the HELSINKI gallery scene. A truly international endeavour, Kohta's programme features Finnish and international artist in equal measure, and thus blur the boundaries of what is Finnish and what is just simply art.
Teurastamo inner yard, Työpajankatu 2 B, building 7, 3rd floor

An art space of the Uniarts Helsinki Academy of Fine Arts, the Exhibition Laboratory is what it's name implies: more of an an art space than a traditional gallery, where students and teachers, for that matter - can test endeavours from traditional art shows to performances, discussions and lectures. An interesting window into what the next generation is cooking up.
Merimiehenkatu 36

Rich card list
Helsinki’s museum scene from stately to small
Fascinating home museums in Helsinki
Simple liftup
Visual arts in Helsinki
Show image on the left
Off
Show created/updated
On
Show in search dropdown
Off
Teaser text
Many of Helsinki's most established galleries operate within a couple of blocks of each other, and thus are ideal for a casual Sunday stroll.
Select any filter and click on Apply to see results