Helsingin kaupunginmuseo
Lead text
Just like in the big world, in Helsinki too you can visit many museums completely free of charge. Helsinki City Museum sets a fine example, with free admission to all its locations. At Helsinki’s home museums, you can learn about the characters who influenced cultural life in the nation’s capital and admire their impressive art treasures. The collections at the city’s specialised museums in turn will delight informed numismatics and historians alike!

Always check the current opening hours on the site's own pages!

Helsinki City Museum is an experience in which the milieu, exhibitions and interiors tell about everyday life in Helsinki in years gone by. The museum comprises five historic buildings, a modern section that connects them, and three courtyards. The result is a wide variety of spaces and atmospheres, heart-warming details and new perspectives on the oldest quarters in the city. Helsinki City Museum reopened in 2016 after a major renovation and has been praised for its visual appearance, child-friendly exhibitions and innovative approach.
Aleksanterinkatu 16

At the Tram Museum you can take a seat in a historic tram and travel back in time in an instant. Let your imagination run wild as you sit in the driver’s seat, watch old film clips and examine tickets from the past. You can even try stamping tickets the way it used to be done in Helsinki!
Töölönkatu 51 A

The Burgher’s House was built in 1818 and is the oldest surviving wooden building in the city. Inside the charming house and its courtyard you can experience everyday life and living as it was in the Kruununhaka district in the 1860s and ‘70s. The chambers and kitchen have lots of lovely furniture that you can imagine were inherited or bought used by the young 19th-century family. Please note that the museum is open only during the summer season.
Kristianinkatu 12

The small homes at the Worker Housing Museum provide a glimpse into the history of everyday life in the stove rooms of Helsinki. Stove ovens, wash tables and pull-out beds illustrate the life of working families during different phases of the 1900s. Nine stove rooms have been decorated as homes from different periods. Gramophones, steel spring beds and light bulbs slowly appearing in the apartments describe the changes in the lives of inhabitants across the decades. The museum shop sells nostalgic products, such as old-fashioned but functional kitchen utensils and tea cloths decorated with pictures of plants that grow in the yards of traditional workers’ homes. Please note that the museum is open only during the summer season.
Kirstinkuja 44 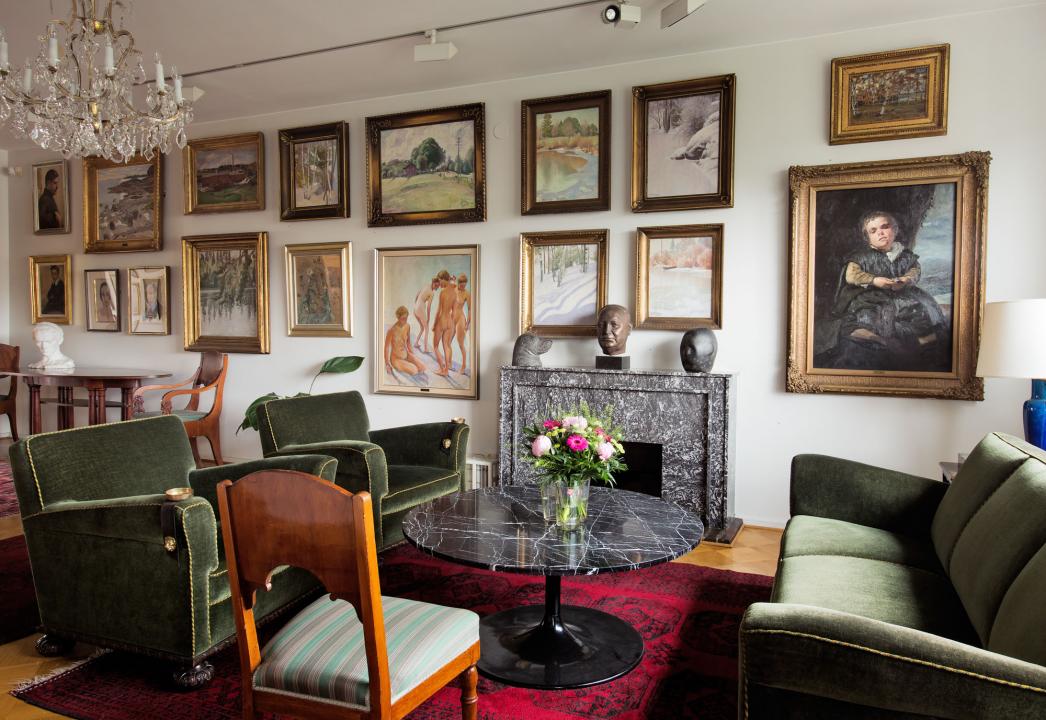 The Kirpilä Art Collection is a unique art museum in a private home that presents the collection of a passionate art collector and upper-class life in the second half of the 20th century in Helsinki. The museum was the home of rheumatologist Juhani Kirpilä (1931–1988) and his partner, the antique dealer Karl (Kalle) Rosenqvist, from 1979 to 1988. It occupies almost 350 square metres of the upper floor of a Functionalist residential building in the Töölö district.
Pohjoinen Hesperiankatu 7, 6th floor

Lauri Reitz (1893–1959) was one of the most significant property developers in Helsinki who collected a major art and antique collection. Between 1927 and 1952 he built over twenty apartment buildings, as well as cinemas, cafés and villas, in and around Helsinki. In accordance with the will of his widow, Maria Reitz, an art museum based on the Lauri Reitz Collection was opened in their former home in 1972.
Apollonkatu 23 B 64, 6th floor 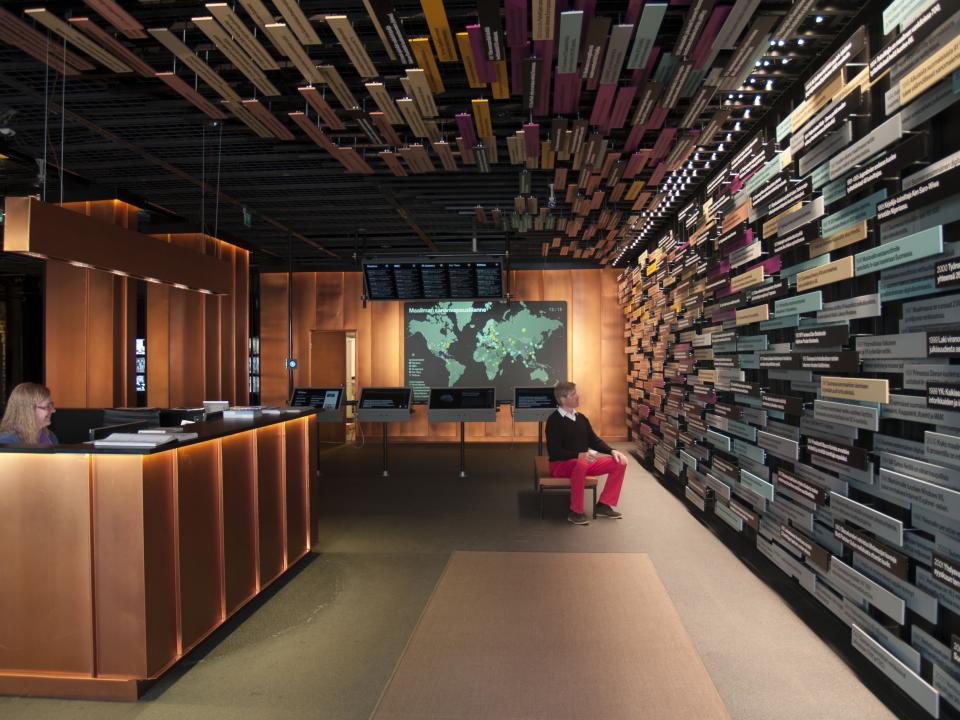 The Päivälehti Museum presents the history of media, modern-day media and the future of media, as well as freedom of speech in Finland and other countries. Alongside the general historical exhibits, the museum also tells the story of Helsingin Sanomat, Finland’s largest daily newspaper, which has been published for 130 years. The aim is to promote the ability to interpret the media and particularly, to encourage children and adolescents to read. The museum’s collections include approximately 4000 objects related to the various stages of newspaper work and approximately 20,000 photographs.
Ludviginkatu 2-4

The Bank of Finland Museum presents the history of money in Finland and elsewhere and the activities of the Bank of Finland within the European central banking system. The museum has a permanent exhibition and special exhibitions. There is also a small café and museum shop.
Snellmaninkatu 2

The University of Helsinki is the oldest university in Finland and the country's cultural and scientific cradle. The main exhibition, “The Power of Thought", tells the story of the university, its students and its researchers. Objects on display include a computer used by Linus Torvalds, imperial portraits and light-hearted short films that bring to life students of times past, present and future. The exhibitions and collections of the Helsinki University Museum tell the fascinating story of the university, from the founding of the Royal Academy of Turku in 1640 up to the present day.
Fabianinkatu 33, 3rd floor
Due to the renovation of the University of Helsinki Main Building, the main exhibition of the Helsinki University Museum is currently closed. They will open a new permanent exhibition as well as a temporary exhibition in new premises in the University’s Main Building towards the end of 2023. 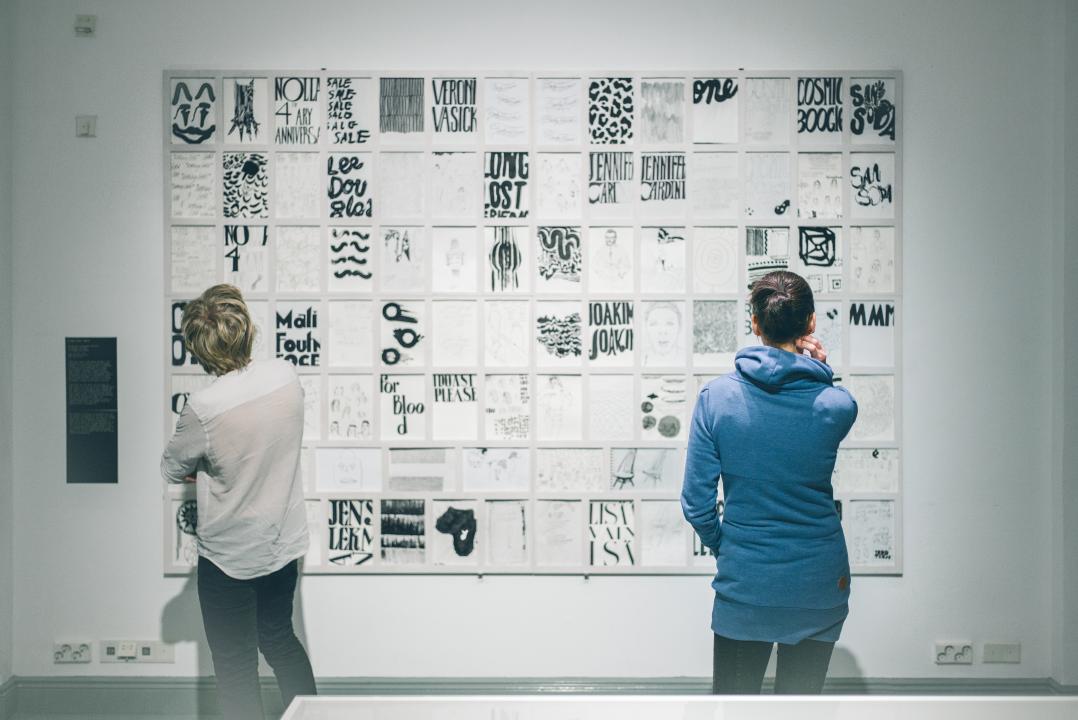 Jussi Hellsten
Show in landscape format
Off
Title
Lovely parks in Helsinki
Card list
Title
Places on the map
Link
Helsinki's most beautiful librarys
Location carousel
Simple liftup
Free admission days at museums in Helsinki
Show image on the left
Off
Show created/updated
On
Show in search dropdown
Off
Teaser text
Just like in the big world, in Helsinki too you can visit many museums completely free of charge.
Select any filter and click on Apply to see results