Matti Pyykkö
Lead text
Christmas in Helsinki is so much more than jingles and bells. The dark time of the year and cold temperatures offer the chance to discover the calm and peaceful side of Helsinki. Compared to all the glittering Christmas cities around the world, the Finnish capital is like an urban retreat that energises and soothes you with its hot saunas, beautiful nature, and both new and old traditions.

The dark winters in Finland have been lit up by candles for centuries. Christmas lights on facades and in gardens in the American style began to appear in the 1990s, bringing extra light to the traditional Finnish Christmas. In recent years, another new tradition has begun in Helsinki with local residents decorating entire apartment buildings with carefully planned Christmas lights in their windows. Keep your eyes open for the giant advent calendars.

The most impressive Christmas lights have traditionally been lit along the Esplanade, Aleksanterinkatu and all the little streets connecting them; Mikonkatu, Kluuvikatu, Sofiankatu and Katariinankatu in particular are always nicely decorated.

The Christmas season in Helsinki begins already at the end of November, when the Christmas lights along the Aleksanterinkatu shopping street are turned on. Aleksi, as locals refer to it, has been adorned by Christmas lights since 1949, and the opening event continues to delight locals and visitors alike. The day culminates with a visit by Santa Claus from Finnish Lapland and the turning on of the lights by the Mayor of Helsinki. A Christmas parade then makes its way through the city centre, watched by thousands along the sides of the streets. Get there early if you want to catch a glimpse of Santa Clause and his army of elves. 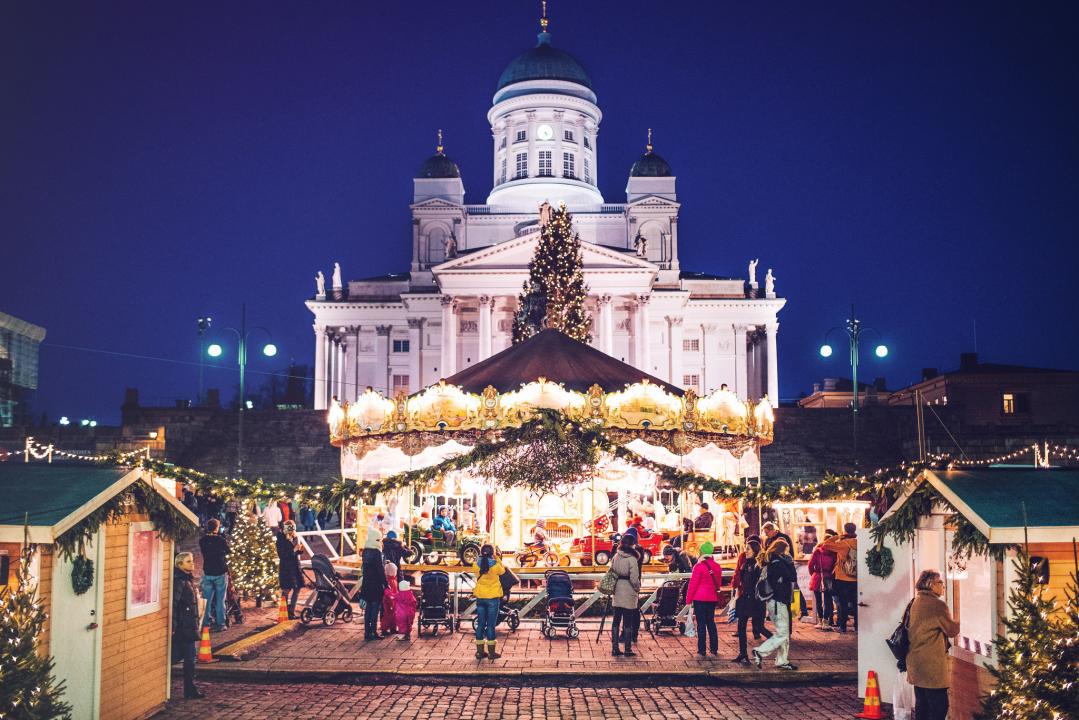 The best place to do your Christmas shopping is at any of the Christmas markets and bazaars throughout Helsinki. Christmas markets begin to appear already in November and continue all the way up to Christmas Eve. Classic Finnish Christmas gifts include handmade woollen socks and hats, seasonal jams and sweets, and of course toys for the kids.

The Helsinki Christmas Market (“Tuomaan Markkinat”) is the perfect place to stop and enjoy the atmosphere. The food yard presents some of the city’s leading restaurateurs, seasonal treats and an interesting programme of events. You can enjoy all the great food around cosy urban bonfires. There is also an old-fashion carousel that kids can ride for free, you can warm up with a steaming cup of mulled wine, and you can whisper all your Christmas wishes in Santa’s ear. The Torikorttelit district between Senate Square and the Market Square is also packed with great places to shop and dine.

Lead text
Enjoy Christmas with all your senses in Helsinki! The season is filled with the scent of mulled wine, spiced coffees, homemade gingerbread cookies and fir branches. 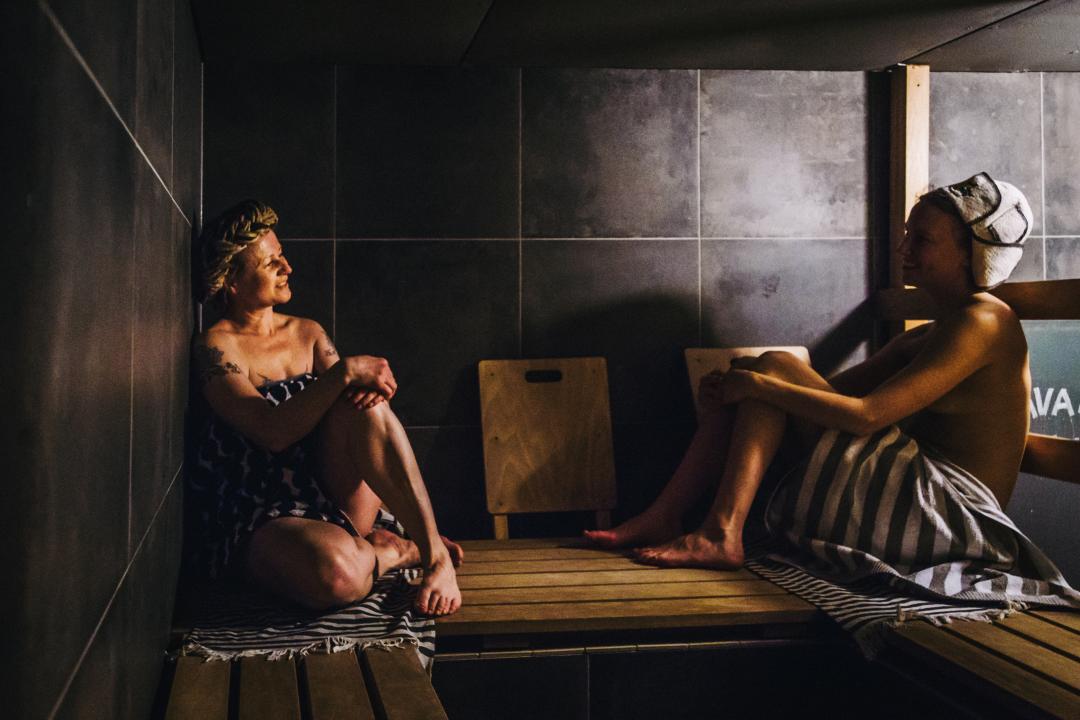 The Christmas sauna is an age-old tradition in Finland that relaxes you after all the hustle and bustle and cleans you up before the Christmas Eve celebrations begin. There are many folk beliefs connected with the sauna, such as appeasing the sauna elves by leaving them a bucket of water, a birch whisk and a glass of beer. These days Christmas saunas are enjoyed not only on Christmas Eve among family but also during the pre-Christmas season with friends.

Public saunas can be found throughout Helsinki. Kotiharju Sauna in the Kallio district lets you enjoy a real retro atmosphere. Remember to take your own snacks with you so you can enjoy a sandwich and beer afterwards. You can enjoy a genuinely Finnish sauna experience at the Löyly design sauna, the Kulttuurisauna culture sauna and the Yrjönkatu Swimming Hall, where you can even go skinny dipping! The Uusi Sauna in Jätkäsaari updates the traditional block sauna for the 21st century. It is a combination of a public sauna and a restaurant where you can enjoy the atmosphere even without a sauna. 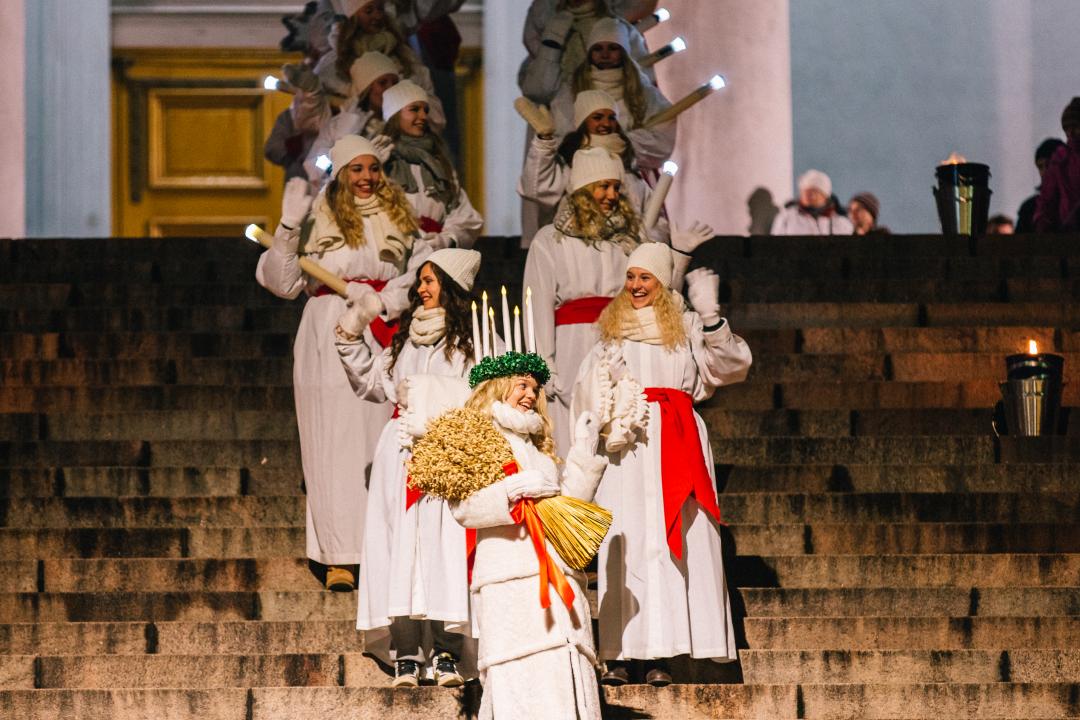 Finland celebrates Independence Day on 6 December with numerous special events and concerts throughout the city, including a torchlight parade by students and the Independence Day Ball at the Presidential Palace. Traditionally, Finns gather around the TV to watch the Finnish President and his spouse shake hands with all the dignitaries and honorary guests. The live broadcast is in fact one of the most viewed programmes of the year!

Lucia Day is observed on 13 December, when the Lucia Maiden brings light to the darkness with her candles. Each year, a new Lucia Maiden is crowned at Helsinki Cathedral. The best way to experience the atmosphere is to watch the parade afterwards, when you can see the new Lucia Maiden, as well as Christmas elves, horses and vintage cars! 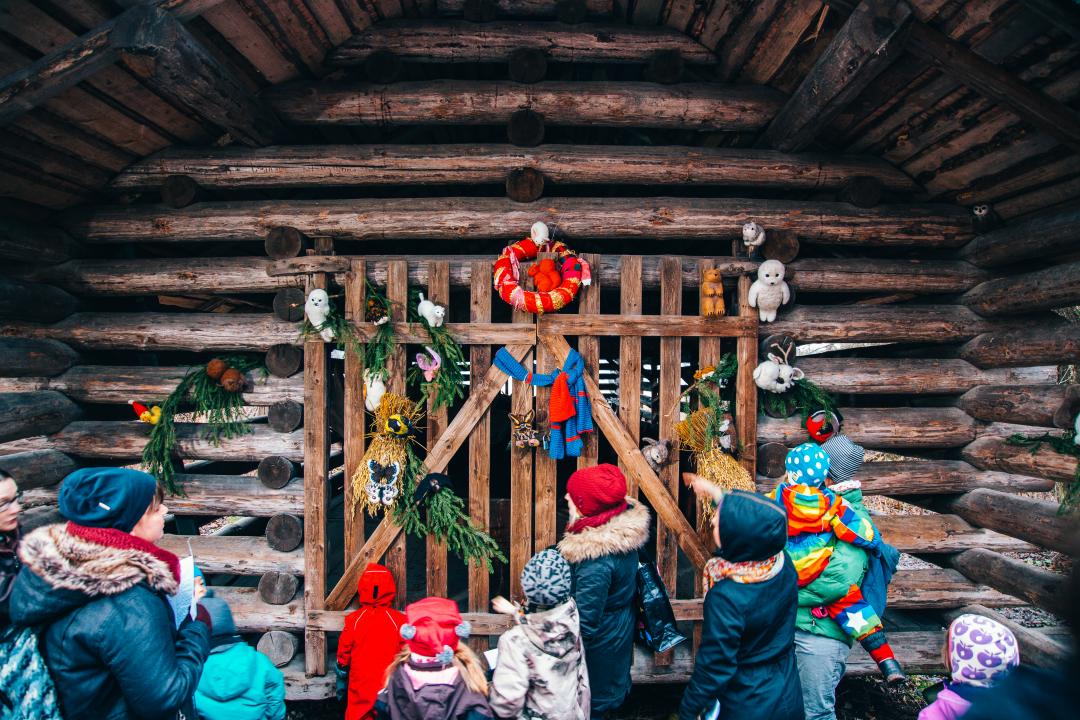 The Seurasaari Christmas Path is a free-of-charge family event that lets you experience old Finnish Christmas traditions and the message of Christmas. Each year, the Christmas Path attracts around 15,000 children and adults to enjoy the relaxed atmosphere on the recreational island of Seurasaari. Christmas paths are traditionally organised also at Suomenlinna and in Vuosaari.

Helsinki’s churches and concert halls host carol services and concerts during the Christmas season. The Most Beautiful Christmas Carols (Kauneimmat joululaulut) is a series of concerts held in churches throughout the city. Performances by Star Singers (Tiernapojat) can be enjoyed always anywhere, including at Suomenlinna.

The Christmas window displays at Stockmann’s department store in the city centre delight passersby with all their details. The skilfully designed and crafted window displays impress adults and kids alike. There is a different theme each year reflecting the excitement of waiting for Christmas to arrive and the joy of giving and receiving gifts. The most impressive windows can be found on the corner of Aleksanterinkatu and Mikonkatu.

Traditional Finnish Christmas treats, from cured ham and casseroles to herrings and rosolli salads, are served by many restaurants starting already at the end of November. Delicious Christmas menus are introduced already in the autumn, offering both the traditional classics and more modern interpretations according to the latest trends.

Christmas mornings in Finland traditionally begin with Christmas porridge. The carefully prepared rice porridge is still the classic Christmas breakfast, but you can enjoy it all year round at the Coffee Sisters (Kahvisiskot) tent in Hakaniemi Market. Delicious Finnish porridges are also served at many local cafés.

The hustle and bustle of the Finnish capital disappears at Christmas. Christmas Eve is a peaceful celebration that is usually spent among family. The traditional Finnish Christmas programme includes a sauna and a huge meal, as well as lots of games and music. The evening culminates with a visit by Santa Claus and the sharing of gifts. Many families also attend church services and visit cemeteries on Christmas Eve. In recent years, the total silence that once enveloped the city has begun to open up, and these days you will see more and more people getting out and about. Although most shops are closed for Christmas, a number of services remain open throughout the season.

Rich card list
Helsinki’s Christmas traditions
Enjoy the Christmas spirit in Helsinki all year round
Simple liftup
Your local guide to Christmas
Show image on the left
Off
Show created/updated
Off
Show in search dropdown
Off
Teaser text
Compared to all the glittering Christmas cities around the world, the Finnish capital is like an urban retreat that energises and soothes you with its hot saunas, beautiful nature, and both new and old traditions.
Select any filter and click on Apply to see results