8 of the best 5km running routes in Helsinki

Jussi Hellsten
Lead text
Helsinki is home to some of the most delightful running routes in Finland. From forest trails that’ll make you feel like you’re outside the city to gorgeous island loops, Helsinki has endless routes to explore and something to offer everyone. Whether you’re a casual jogger or you’re getting into shape for a longer race, these 5km running routes will make the perfect addition to your training. 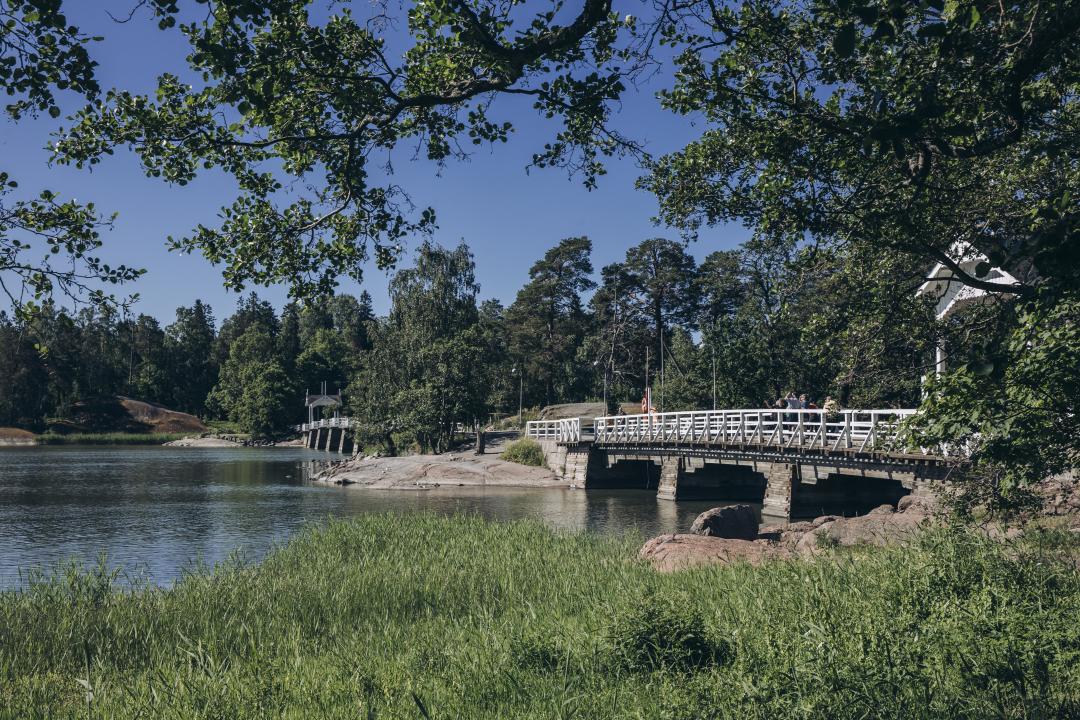 Seurasaari is undoubtedly one of Helsinki’s most delightful green spaces. Plus, being situated at the end of the 24 bus route means that the island is easily accessible by public transport for anyone coming from further afield. If you start on Seurasaari bridge, you’ll need to do one and a half loops of the island to make up a 5km route.

I’d recommend going for evening run on Seurasaari, when the sunset light reflecting up from the water is sure to look magical. Think of former Finnish President Urho Kekkonen as you run up the stairs on the eastern side of the island – he was said to be able to ascend seven steps in a single leap!

Best for: Feeling at one with nature as you escape the sound of cars and encounter all sorts of wildlife. 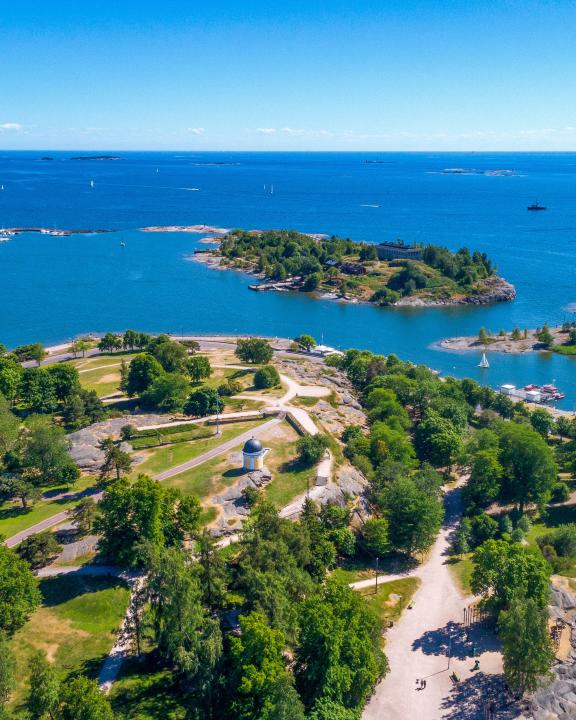 With sea views, stunning parks, and impressive architecture, it’s easy to see why the Kaivopuisto strip is one of Helsinki’s most popular running routes. On a sunny day you can’t beat the views of Helsinki and the Baltic Sea – plus the short climb up Ehrenströmintie is perfect for anyone looking to incorporate hills into their running routing.

Get started in Pyhän Birgitan puisto park following the coast through Fredrik Stjernvalls park and Kaivopuisto. When you reach the end of Kaivopuisto park, follow the coast up the hill until you reach the Market Square. If you can resist the smell of freshly baked bun (pulla), keep running. You’ll hit 5km once you reach the Viking Line ferry terminal in Katajanokka harbour. Now head back to the market for a well-deserved pulla and coffee!

Best for: Seeing Helsinki from the sea (and a delicious post-run snack!) 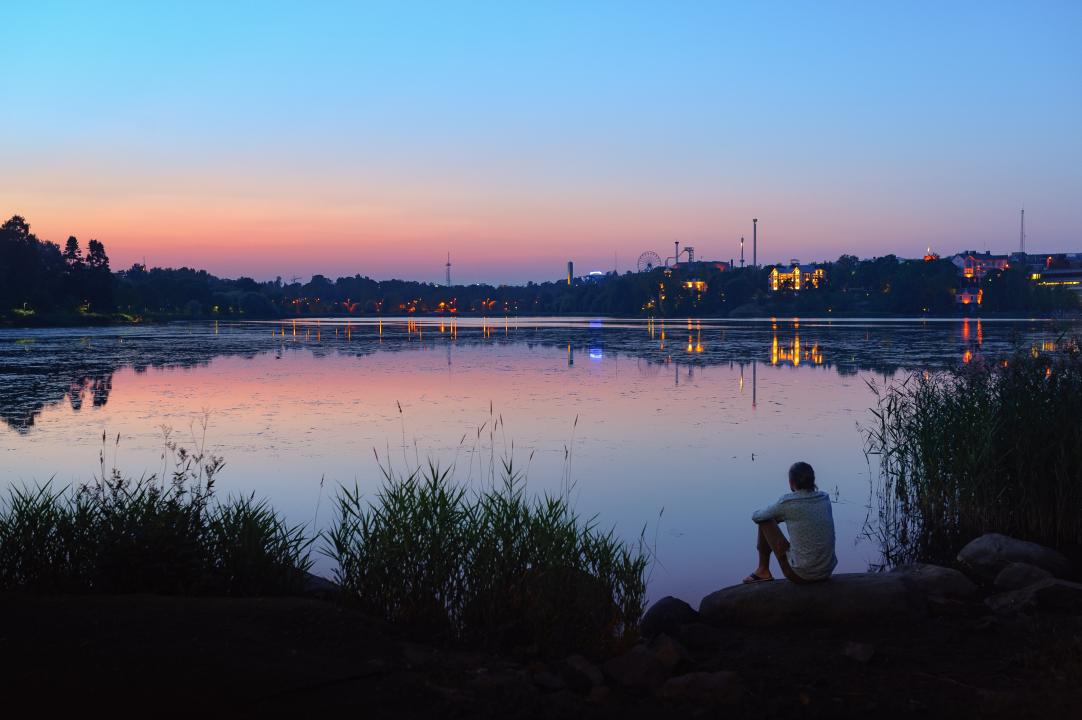 Right in the heart of Helsinki, this 5km loop makes for a great running route with glorious views over two stunning bays. Start behind Finlandia Hall and follow the path circling Töölönlahti towards Helsinki City Winter Garden. Work up a sweat as you cross over the Linnunlaulu railway bridge and follow the path around Eläintarhanlahti and Kaisaniemenlahti until you close the loop. By the time you make it back down the hill to Finlandia Hall, you’ll have completed one of Helsinki’s most popular 5km running routes.

Bear in mind that these bays get pretty busy with after-work joggers, so head over in the morning for a quieter experience.

Best for: Gorgeous views of the bays as you cross over the Linnunlaulu railway bridge. 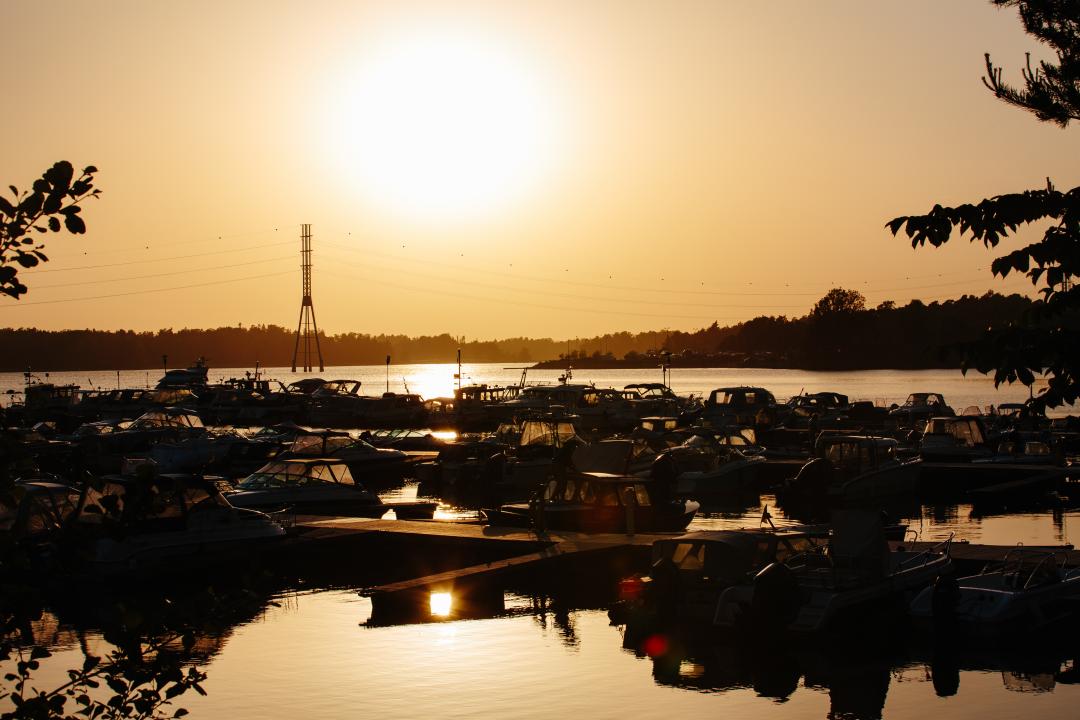 From Hietsu to Baana

This one’s delightful and definitely one of my favourite running routes in the city. Get started at the bottom of Hesperianpuisto Park, next to Taivallahti Tennis Centre. With the sea on your right, follow the footpath around the headland and across Hietaranta beach, taking in the beautiful views as you leave the sandy shores to make your way around Lapinlahti.

With Helsinki Orthodox Cemetery on your left, run straight through Ruoholahti until you reach the canal. Turn left, finishing the last stretch of your run on Baana, a former railway line which has been transformed into pedestrian and cycling paths. You’ll hit 5km when you come off Baana at Museum of Contemporary Art Kiasma.

Best for: Running fast and getting a new PB. 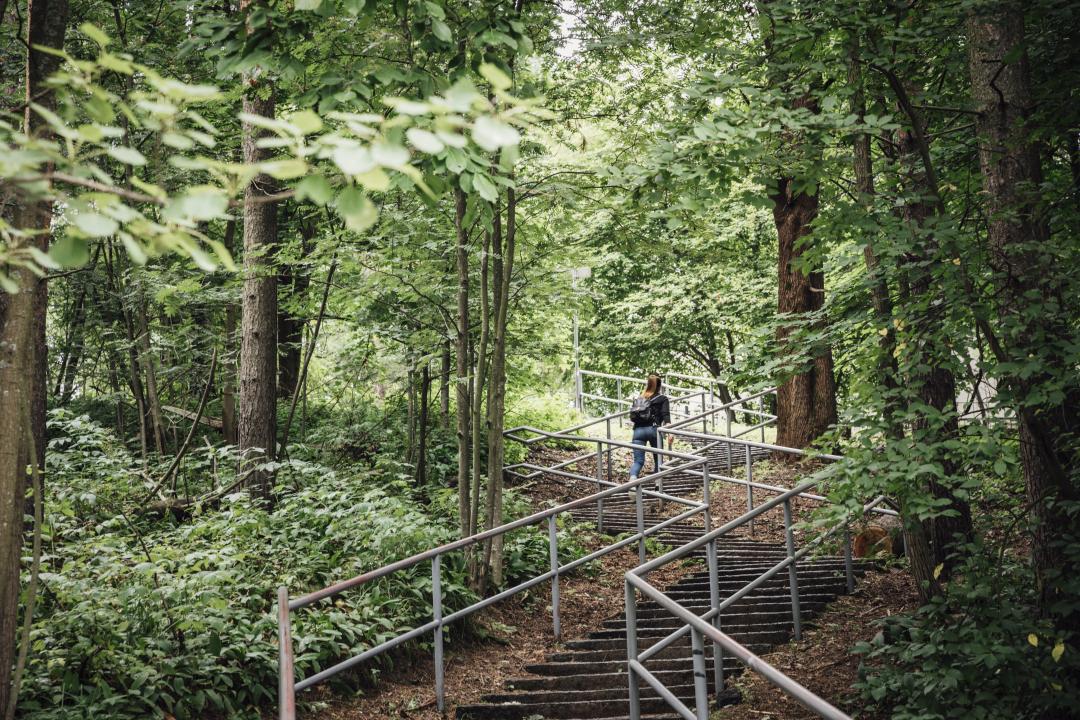 Central Park is a 10km forest that runs almost the entire length of Helsinki and is unquestionably home to some of the best running trails in the city. There are tonnes of trails for you to explore, but to save yourself from getting lost I’d recommend planning the route you want to take before you set off.

One of my favourite 5km loops starts and ends in Pasila district. Enter the park from Palkkatilankatu and immediately turn right, following either one of the footpaths as you head north. You’ll pass a dog park on your left and run under a bridge carrying a main road before you get to the Kivihaka allotments. Loop around the allotments and head back to Pasila along the footpath on the other side of the gardens. 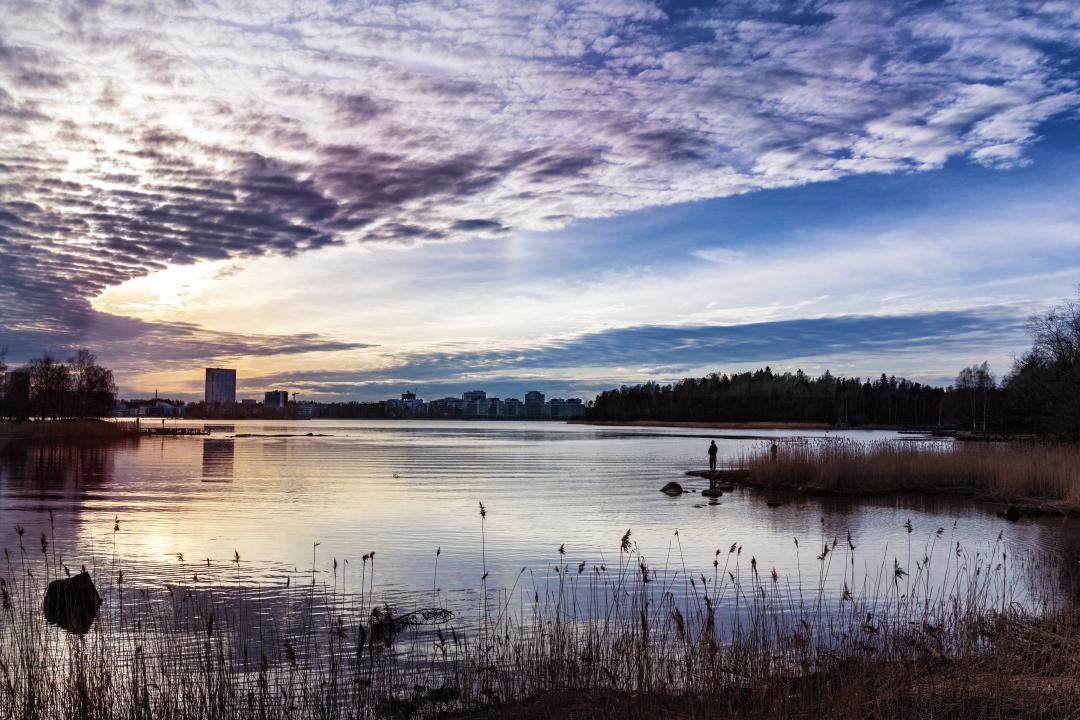 This cross-island run is the perfect option for those wanting to get out of the city, whilst still breathing in that fresh sea air. But be warned: crossing lots of bridges means you’ll be going up and down plenty of hills on this route!

Get started in Sigurd Stenius park and cross straight over the bridge into Kuusisaari. Run over the next bridge into Lehtisaari and make sure to admire all the fancy houses as you head into Kaskisaari and finally Lauttasaari. By the time you reach Lauttasaari, you’ll have completed 5km but if you still have energy, keep going! Turning this run into a loop means committing to a 14km run.

Best for: Exploring the charming residential islands of western Helsinki. 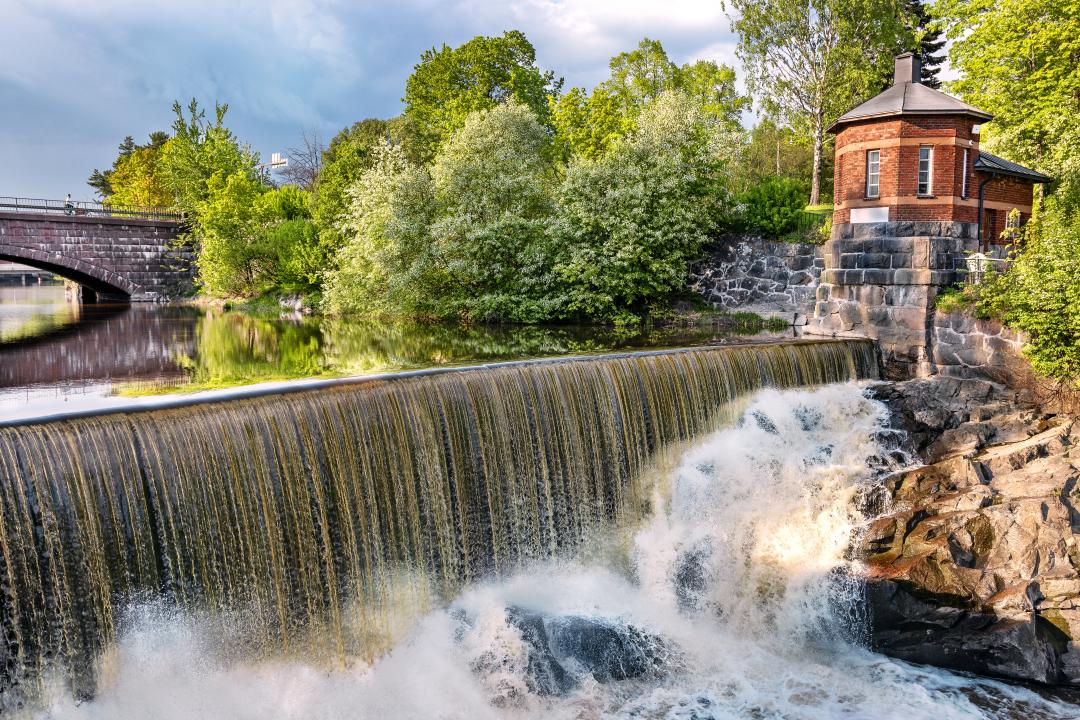 If you’re looking for a beautiful run with plenty of birdwatching opportunities, this route is well worth checking out.

Start at the bottom of Hermannin rantapuisto park and follow the coast up to Matinkaari bridge. Cross over the bridge and keep going up Jokisuuntie – and remember to look out for the picturesque Vanhankaupunginkoski rapids! At the 3km mark you’ll reach Säynäslahti canal. Head up the canal and, when you reach the end of it, turn right into Viikki arboretum. You’ll hit 5km when you reach Hakala birdwatching tower. If you want to extend your run, you can keep going – there’s a wealth of gorgeous running routes in the area.

Best for: Doing a spot of birdwatching! 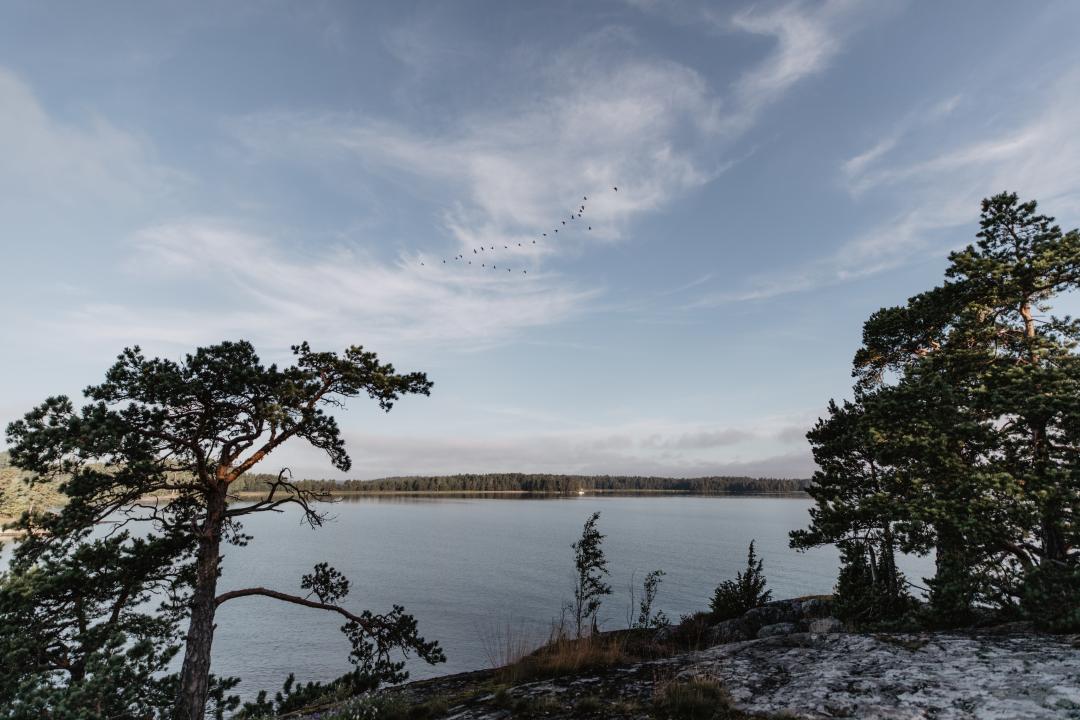 Uutela is an urban recreational area in eastern Helsinki. It’s a little further out, but in my opinion the views alone make it worth the trip.

Start your run along Aurinkolahti beach, crossing over Urheilukalastaja bridge and making your way through the car park into Uutela nature reserve. Take the left fork in the road and run in a straight line before turning right at Hallkullanniemi. Run down to the beach before turning back on yourself and heading left on Uutelantie. Instead of running back along the route you originally came down, follow signs for the Uutela nature trail. Completing the trail will take you back to the bridge, where you’ll hit 5km. You can always run back along the beach if you fancy extending your run. And if the weather’s nice, be sure to take a dip in the sea!

Best for: Exploring what eastern Helsinki has to offer.

Title
Get to know the areas around these trails
Card list 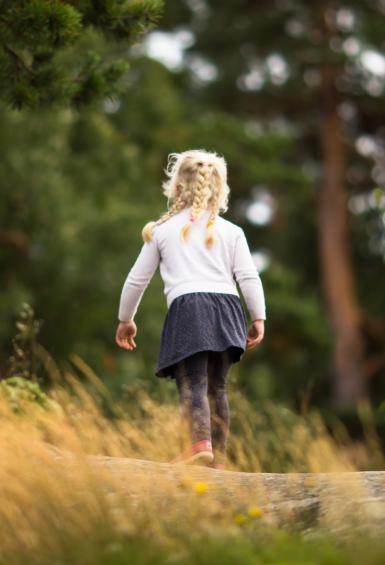 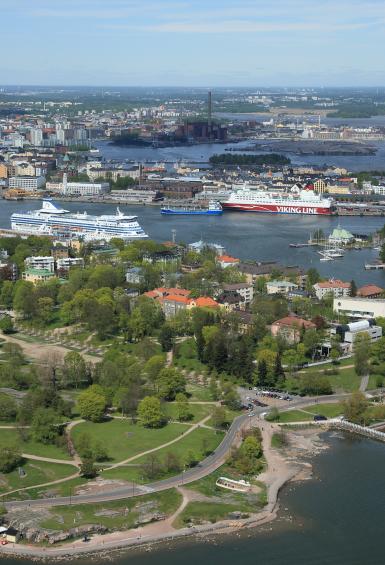 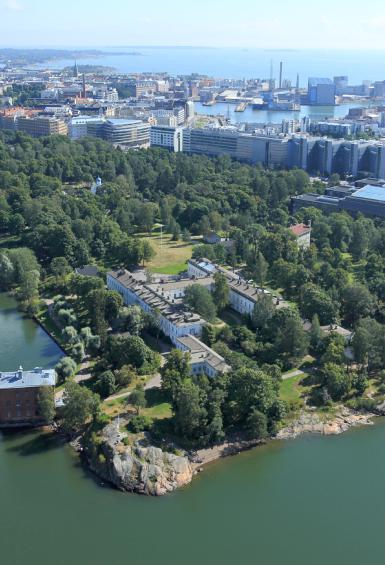 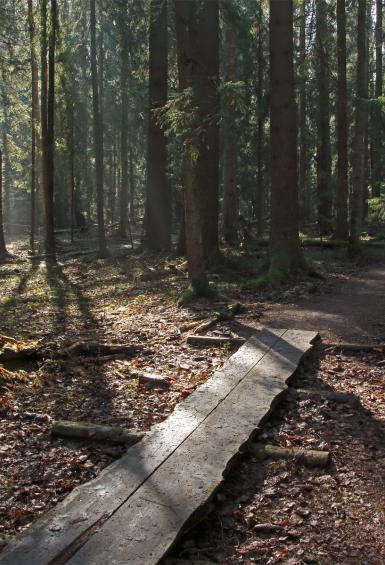 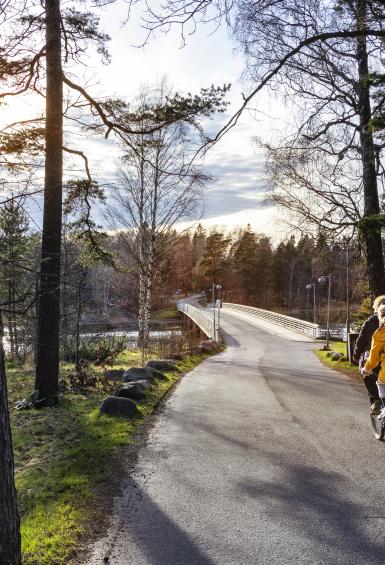 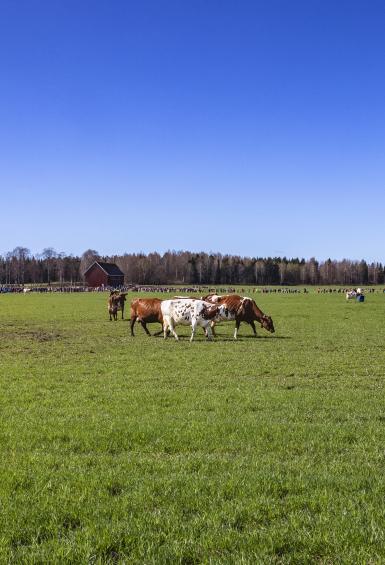 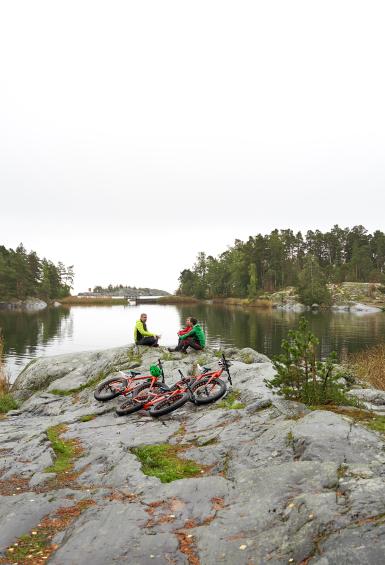 Simple liftup
Biking in Helsinki
Show image on the left
Off
Show created/updated
On
Show in search dropdown
Off
Teaser text
Helsinki is home to some of the most delightful running routes in Finland. From forest trails that’ll make you feel like you’re outside the city to gorgeous island loops, Helsinki has endless routes to explore.
Select any filter and click on Apply to see results