Nature is so close in Helsinki, you can taste it

Elina Manninen
Lead text
Helsinki's restaurants do not have to go far to find quality ingredients. Nature in and around the Finnish capital is like a free buffet, where you can also go to find peace of mind.

In Helsinki, you are always surrounded by nature and right next to the sea and forests. It is not uncommon to step into a local restaurant whose ingredients have been picked on the same day from an adjacent park or nearby forest.

For Helsinki's restaurants, the city’s proximity to nature means, above all, an abundance of local Finnish ingredients. Nature is also a place for grounding yourself and being inspired. 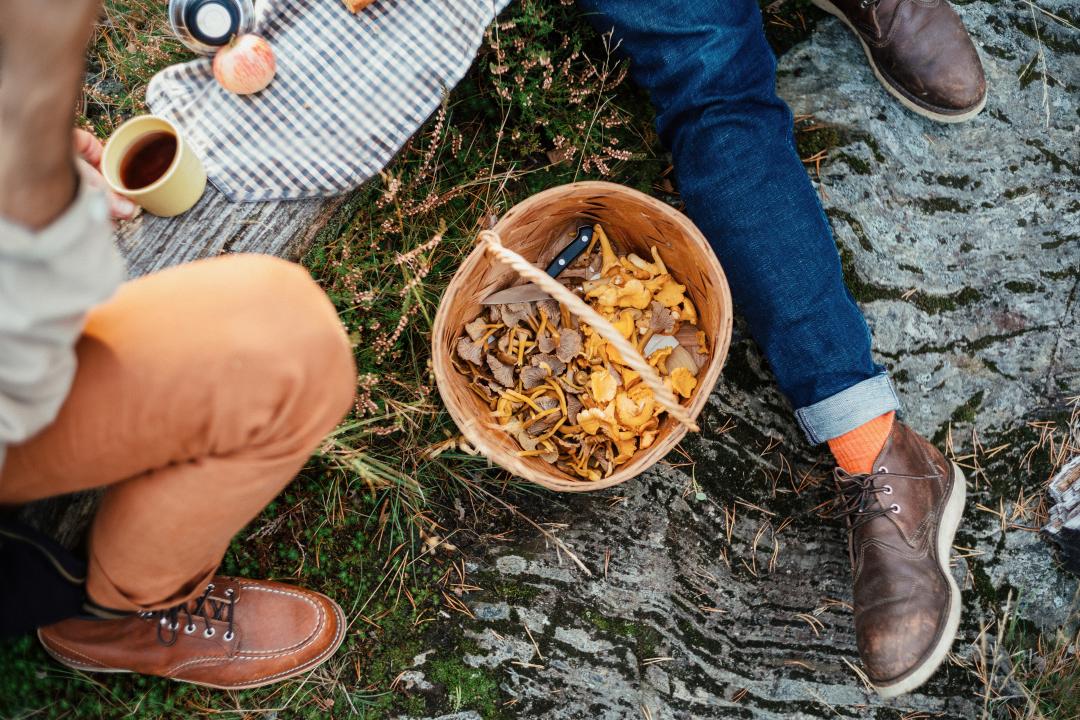 Finland is a land of opportunity in many ways – also in terms of food. Everyman’s rights allow everyone the right, for example, to pick mushrooms and berries in forests, regardless of land ownership.

Keskuspuisto, Helsinki’s “Central Park” that starts near the city centre, is more like a large forest, complete with old conifers and extensive outdoor trails. The restaurant Kuurna is located 7.5 kilometres away. According to Laura Hansen, co-owner of Kuurna, oftentimes the mushrooms have already been picked when entering the forest.

“A deep respect for the forest is somehow encoded in our DNA. Even with all the pickers, the forests have thus far been always well looked after,” Hansen says.

Although some people may shy away from ingredients collected in an urban environment due to the risk of pollutants, in Helsinki they can breathe a sigh of relief. The city’s air quality is among the best in the world, and locals are not afraid to pick food in the forests and pop it straight into their mouth.

Nevertheless, Hansen herself would not pick berries or mushrooms right in the city centre, along the sides of roads or along the busiest trails in Keskuspuisto.

Eero Vottonen, head chef at the Michelin-starred Restaurant Palace, also emphasises the importance of common sense:“You should not pick within 15 to 20 metres of any main road,” Vottonen says.

Palace uses ingredients grown in Malmi in the northern suburbs of Helsinki that are delivered from the Green City Farm twice a week. The restaurant’s local store is the Market Square, most of whose products come from the local region of Uusimaa within a radius of 100 kilometres.

Back at Kuurna, vegetables are sourced directly from small producers. This requires a lot of work, as products may be ordered from seven different locations. On the other hand, the restaurant can plan together with producers what they will grow. With a menu that is updated every two weeks, the restaurant can also focus on individual micro-seasons.

“For example, the season for Finnish asparagus can last just a week and a half,” says Hansen. 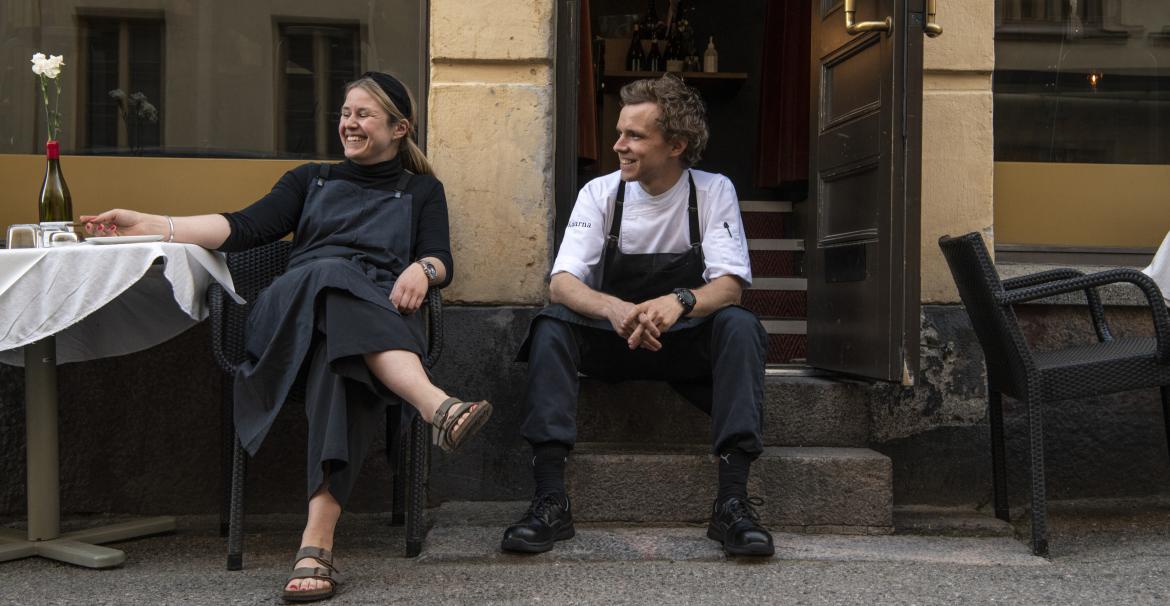 Revitalisation and food from the sea

One of the special characteristics of Helsinki is its proximity to the sea, which provides not only ingredients, but also peace of mind.

Using domestic fish is challenging for many large restaurants. According to both Hansen and Vottonen, the availability of Finnish wild fish varies. Although the condition of the Baltic Sea has improved over the last 40 years, work remains to be done to establish its full potential.

Local fishing has in fact declined in the 21st century, but there are still fishermen who are passionate about their work. Among them is Kai Ilves, who traded in his engineering career for a life of fishing in the ‘90s. Many recreational fishermen fish in the middle of Helsinki, as the quality of coastal waters has improved in recent decades.

The traditional Helsinki Baltic Herring Market, where local fishermen sell their products, is held once a year – conveniently in front of the Palace and Kuurna restaurants by the Market Square. Palace uses herring especially in early autumn, when the fish are at their biggest. Many Helsinki residents go to the market to buy herring for the Christmas table. 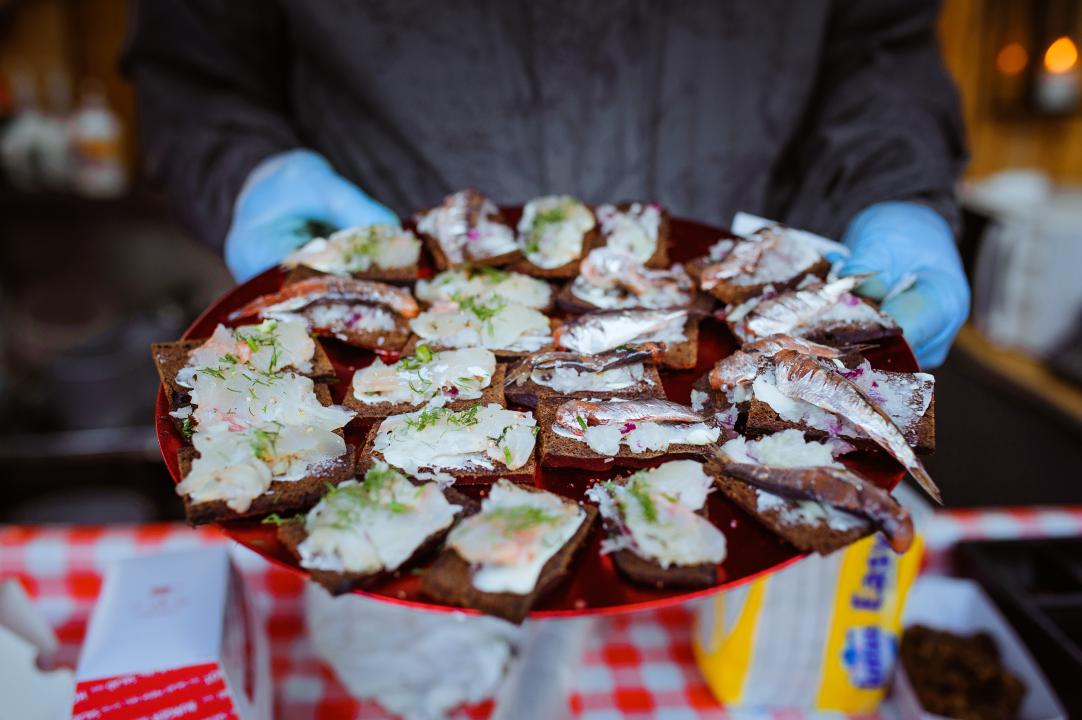 Restaurateurs support each other

Many local chefs begin their day in the parks and forests in and around the Finnish capital. Toni Kostian from Grön, Sasu Laukkonen from Ora and Eero Vottonen from Palace collect seasonal ingredients before the evening service. According to Vottonen, the chefs do not conceal good mushroom-picking places from each other.

“Maybe before it might have been a secret if someone found a good place, but not anymore. These days, the message is usually passed along. And yes, I at least ask where this comes from whenever I come across an interesting ingredient. Sometimes I get an answer, sometimes not!” Vottonen admits.

Hansen points out that these ingredients exist in limited quantities and have to be picked by hand. At Kuurna, mushrooms are picked by trusted mushroom-picking enthusiasts.

“I don’t necessarily ask them for specific details about where they were picked, because I know they often like to keep a good mushroom spot a secret. Of course, we know more or less where the mushrooms come from,” Hansen adds.

Many restaurateurs also have their own gardens. Vottonen collects ingredients from his home garden as much as possible. Toni Kostian in turn has a gardening plot in Kirkkonummi where he can pick vegetables, herbs and edible flowers, for example. 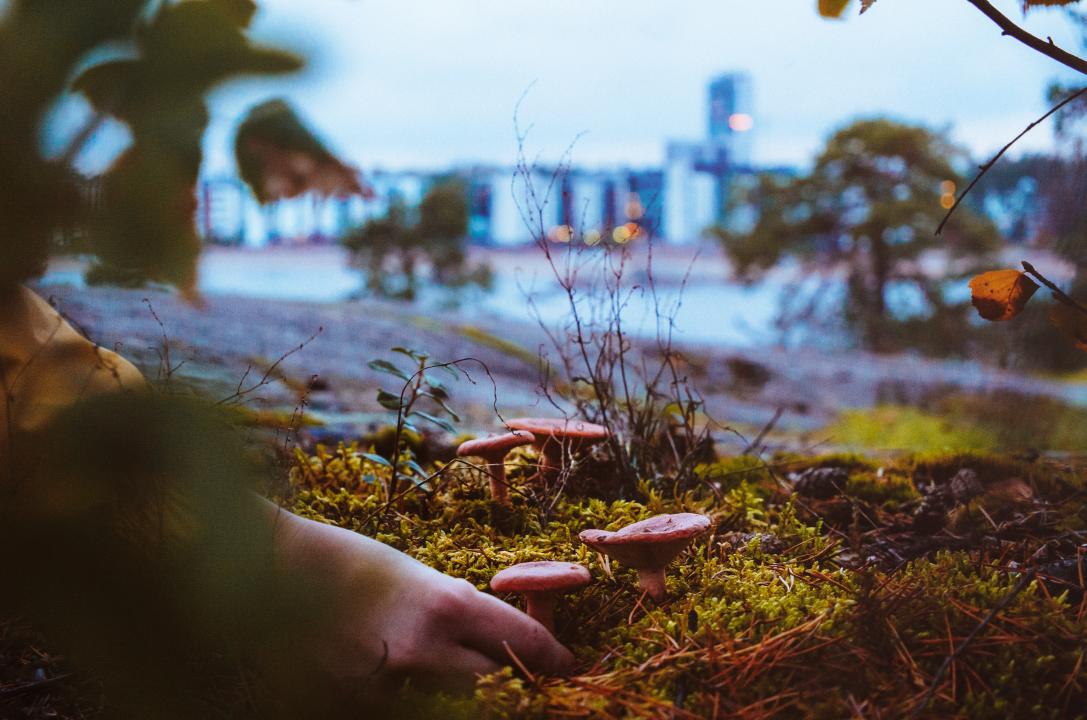 Finland's distinctive seasons and especially the long dark period are behind the delicious taste of domestic ingredients. The dark period certainly tests the creativity of Finnish restaurants. Finland has a long tradition of fermenting, canning and pickling, which happen to be very trendy in the world right now. The Finns’s enthusiasm and skill for preserving foods comes precisely from the seasonal variations.

The restaurant Grön, which was awarded a Michelin star in 2018, has highlighted the importance of preserving in Finnish cuisine since its establishment. In wintertime, ingredients gathered in the summer can provide the same level of acidity as imported lemons.

At Grön, the beauty of nature has been utilised to enhance the atmosphere of the restaurant: a wall of the small interior space is adorned by jars of preserved vegetables and fruit.

In fact, nature can be seen and felt in most restaurants in Helsinki. Nature can also serve as a refuge and place where restaurant staff can gather strength.

“For me, nature is a way to connect with myself. By the sea, all stress begins to dissolve,” Hansen says.

Simple liftup
Michelin-star restaurants in Helsinki
Show image on the left
Off
Show created/updated
Off
Show in search dropdown
Off
Teaser text
Helsinki's restaurants do not have to go far to find quality ingredients. Nature in and around the Finnish capital is like a free buffet, where you can also go to find peace of mind.
Select any filter and click on Apply to see results