Helsinki is a city of restaurant innovations

Juho Kuva
Lead text
Considering the relatively small size of the Finnish capital, Helsinki is home to many new restaurants bold innovations that are being introduced all the time. The coronavirus pandemic has proven that creativity thrives particularly in challenging situations.

Pop-up culture has a special place in the heart of Helsinki locals, who are generally enthusiastic about trying new things. Restaurant Day, the international phenomenon that originally started in Helsinki, a decade ago, regularly takes over the entire city, and new experiments are still eagerly received by the public.

Founded by the artist duo Outi Forstén and Hilma Kotkaniemi, Café Comète is a pop-up restaurant that travels in space and time and is reborn for each of its special dinner events. In autumn 2021, the team was joined by actress-artist Ronja Kuoppamäki.

Whenever a new dinner event is announced on the restaurant’s Instagram account (@cafe_comete), followers can send their name and address to the account. Eight lucky dinner guests are then chosen at random.

The official invitation arrives by letter, complete with hand-drawn logo, and the entire evening is an improvised performance. The restaurant team travels by public transport to the guests’ address, and each dinner event is different. The magical evening is unique and only remains in the memories of those lucky enough to experience it!

Chef Kozeen Shiwan is famous for his pop-ups and bold style. The food artist, whose CV boasts of prestigious restaurants such as Ask in Helsinki and Michelin starred In De Wulf, has organised I AM dinners at which cuisine, storytelling and fashion are combined in a unique way.

In October 2021, Shiwan’s cuisine can be tasted at the Foodolo food development premises on Kasarmikatu. The menu is a nod to Shiwan's Kurdish background without forgetting Helsinki: fermented hummus, roe-tabbouleh and turmeric sorbet is accompanied by Turkish buttermilk, ayran.

Even if his restaurant is still a pop-up, Shiwan is looking for permanent premises at where he could serve his innovative food. 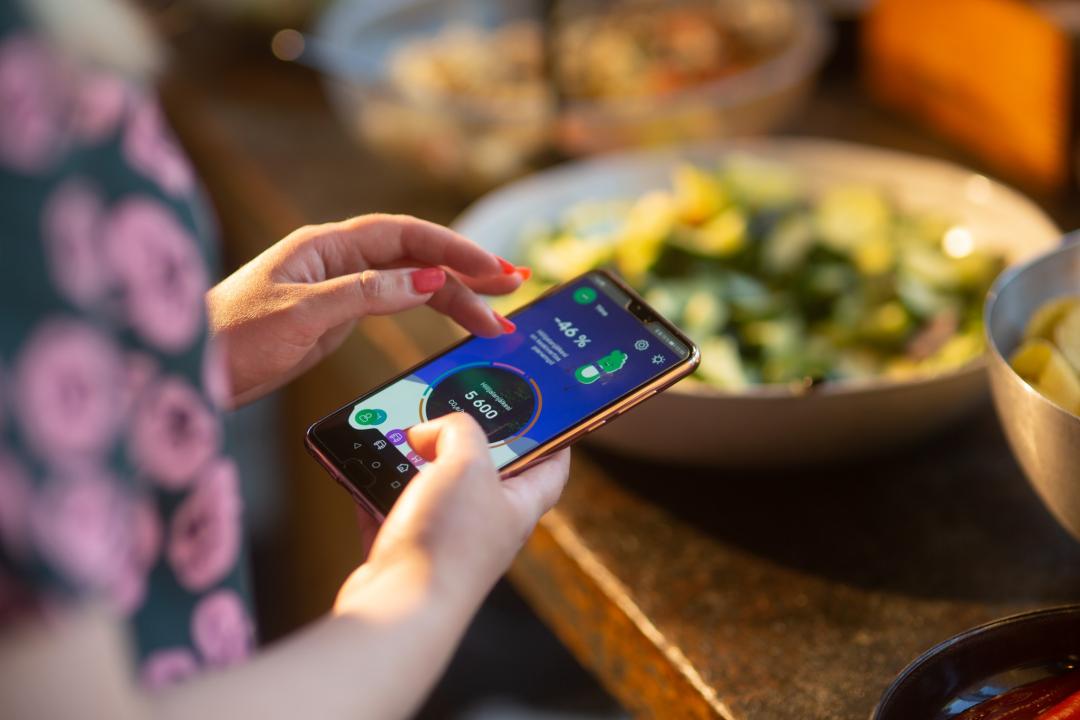 Many people like to read reviews before choosing a restaurant. But the real question remains, which reviews can be trusted?

The World of Mouth app provides an answer to this dilemma. Developed by a team of passionate Finnish foodies, including Helsinki-based food writer and influencer Kenneth Nars, the app provides an independent platform on which a community of trusted gourmands can recommend food places around the world.

The app already includes 300 food industry experts from 400 cities. Potential jury members for the international app have to apply or be invited. The app has no sponsors and does not publish ads. The idea is not to rank restaurants by order of importance but simply to share tips about great food. The level of the recommended places must be up to par, whether they are modest kiosks or Michelin-starred restaurants.

The app currently has close to 3000 recommendations and 2000 reviews from 700 different locations. At least 44 of the restaurants can be found in Helsinki. The app is free of charge at the moment and can be purchased starting in 2022. 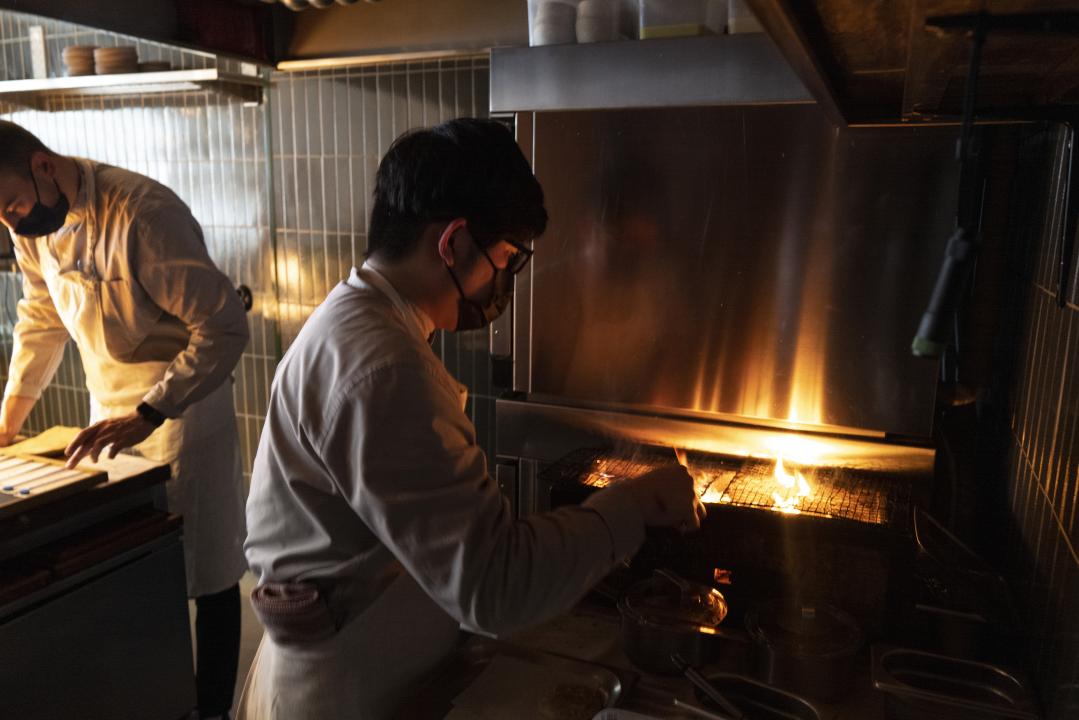 Restaurateurs support each other in tough times

In response to this unprecedented crisis, 12 local restaurateurs founded the Raising Hel community to support their colleagues. The project aims not only to stimulate dialogue between actors in the industry, but also to save restaurants from bankruptcy.

Collaboration is made easier by Helsinki’s village-like nature, compact size and the fact that many people in the industry know each other. If a restaurant’s kitchen runs out of a certain ingredient during the evening, it can be borrowed from a neighbouring restaurant. A lack of competitive spirit against colleagues even amongst the most exclusive restaurants in Helsinki is a norm. 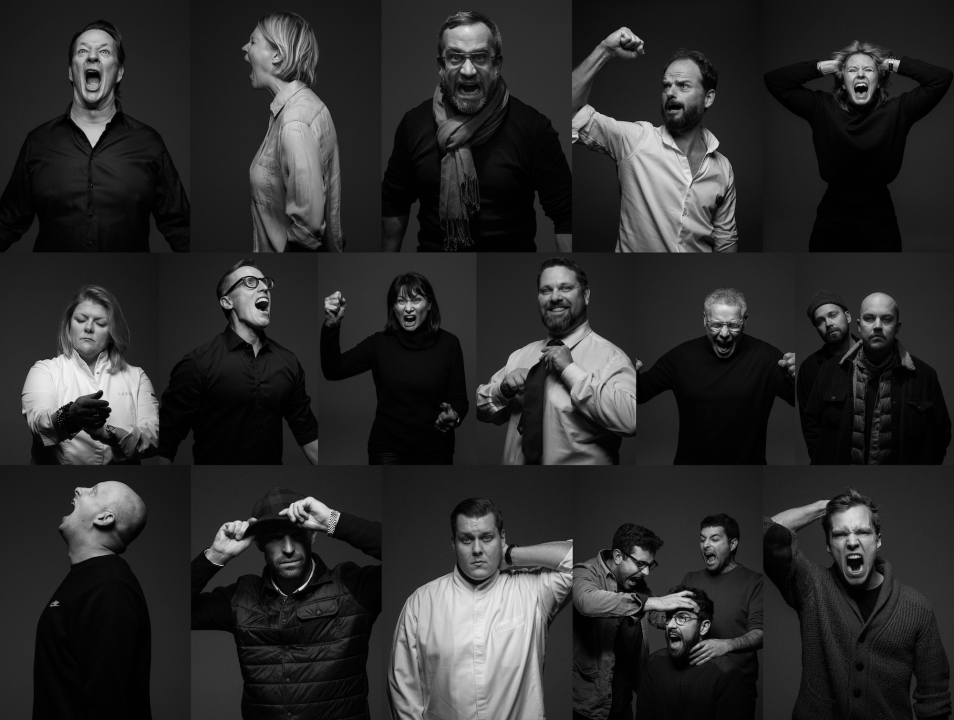 Chef Kim Mikkola came to Helsinki from Copenhagen, where he worked at the restaurant Noma. In Helsinki, he founded the restaurant Inari, which was awarded a Michelin star in 2020. Then came the coronavirus pandemic, and the restaurant had to close its doors.

Mikkola did not sit around idle. Instead, he began selling five-euro takeaway lunches from his restaurant. The food was typical Finnish home food: macaroni casserole, lasagne and tiramisu. According to Mikkola, he was thinking mainly about people his age with kids. Word spread rapidly, and soon locals were queuing up for Michelin-quality home food – wearing face masks and practicing safe distancing all the time.

Mikkola also opened a new pop-up restaurant during the corona lockdown. Kotkot specialises in chicken burgers and has since expanded to several food trucks and an actual street-front restaurant in the Taka-Töölö district. No matter how the economy is doing, Mikkola has a set price for his Kotkot chicken burger: five euros. He hopes in future to lower the price to just three euros – not bad coming from a Michelin chef!

Simple liftup
Did you know that we are from Helsinki too?
Show image on the left
Off
Show created/updated
Off
Show in search dropdown
Off
Teaser text
Considering the relatively small size of the Finnish capital, Helsinki is home to many new restaurants bold innovations that are being introduced all the time. The coronavirus pandemic has proven that creativity thrives particularly in challenging situations.
Select any filter and click on Apply to see results