The clubber’s guide to Helsinki

Shoot Hayley
Lead text
In comparison to its size, Helsinki is home to a busy and interesting electronic music scene. The broad selection ranges from world-renowned clubs such as Kaiku to small underground venues. This listing presents 12 of the most interesting DJ-driven venues for dancing and hanging out into the wee hours.

Ääniwalli
Show in landscape format
Off

Out of all the Helsinki club spaces, Ääniwalli is the one which most resembles a gritty Berlin vibe. Hidden in the industrial lots of the Vallila district, as Resident Advisor laconically describes the venue, Ääniwalli is an “old factory building with 2 sound systems” –– and this actually hits the essential. The hall-like main room is grand but demands a lot from the programming. In addition to individual star bookings, Ääniwalli is also worth mentioning as a host for several legendary club concepts; the summer Sunday VUM Open Air bash is undeniably one of the best ways to spend a drowsy Sunday in summertime Helsinki. Another tip is Test Pressing, an event series by Lil’ Tony which is sure to deliver high class sounds every time. While the soundscape of Ääniwalli is primarily based on Berghainian techno-driven electronic music, the club is also a terrific venue for live music.
Pälkäneentie 13 B, Vallila

Open since autumn 2017 and happily docked along the seaside stretch between Sörnäinen and Hakaniemi, Merikerho is the latest endeavour from nightlife veteran Tapio Mäkelä. The bar and club is hosted aboard a Dutch vessel which has been renovated into a restaurant space. The feeling of the indoor spaces is elevated and cathedral-like. The acoustics and PA system by Danley serve to create a solid club mood. The outdoor seating areas enjoy a mellower sound provided by L-Acoustics. The programme leans towards electronic music. Weekend evenings are very much about techno, tech house, progressive house, and trance. The bookings are managed by Sharkki, who mentions that these evenings are always compiled in collaboration with artists. “All genres and BPMs are fine, as long as the concept is interesting and the music top-notch. Merikerho aims to also serve tomorrow’s makers by offering opportunities to try out stuff that might not fly somewhere else.”
Sörnäisten Rantapromenadi

The epitome of the stylish urban vibe of Kallio, Siltanen was opened in 2009 at Hämeentie 12. While the bar has the profile of a lounge venue, the weekend nights transform the space into a discoball-dotted dancefloor. The Siltanen sound is easier than the techno-driven soundscapes heard downstairs at Club Kaiku in the same party complex. Depending on the evening, food and drinks at Siltanen can be accompanied by carefully picked Finnhits (Paha vaanii), dad classics (AOR My Love), euphoric disco (MILK), or brand new surprising talents at the popular Open Mic nights. Siltanen’s food menu is supplied by Onda, the restaurant sharing the premises.
Hämeentie 13 B, Kallio

Kuudes Linja opened its doors in December 2005 on Kallio’s Hämeentie. The club’s founders, restaurateur duo Timi Uskali and Toni Rantanen, were already well-known in the nightlife scene from their early 2000s downtown Helsinki club projects. Kuudes Linja was the first venue in and near the Kallio district to be granted a so-called club licence, meaning the chance to stretch opening hours till 4am (a code since lifted and replaced with even more liberal policies). The variety of genres over the years has been that of a happy whirlwind from the Baltimore beats of the early years back to back with Finnish reggae and puristic techno, such as club founder Lil’ Tony’s own Darkroom nights. The venue is ideal for live sets, and also consistently features live music.
Hämeentie 13 B, Kallio 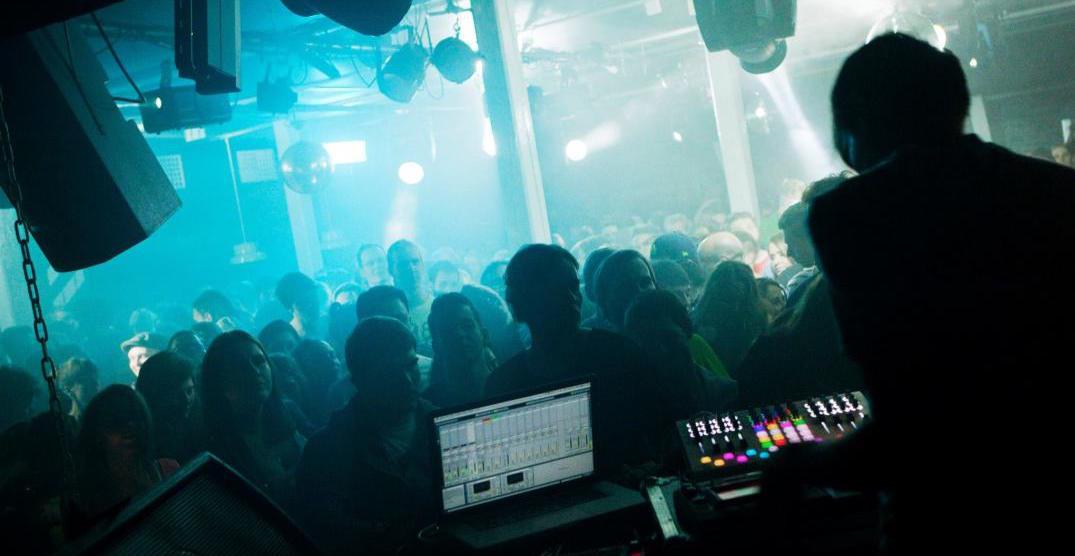 Kaiku
Show in landscape format
Off

With a focus on electronic music, Kaiku is Timi Uskali and Toni Rantanen’s third restaurant venture in the same block on Hämeentie. Running since 2013, Kaiku is equipped with stylish decor, a marvellous soundsystem, and a clearly curated fresh programme –– which have already shaped the spot into a cornerstone of Helsinki nightlife. The Guardian highlighted Kaiku as one of the top 25 best clubs in Europe. Kaiku’s resident rotation includes a selection of Finland’s most talented DJs, such as Kristiina Männikkö, Antti Salonen, and Hanna Ojanen (whose guest mixes can be heard on Kaiku’s website). In addition to local gems, the club hosts international house and techno DJ stars every weekend without also forgetting to welcome new talents bubbling up to develop their craft.
Kaikukatie 4, Kallio

Helsinki’s nighttime Bermuda Triangle composed of Kaiku, Kuudes Linja and Siltanen –– all housed in the same block –– also hosts another rabbit hole. Open since 2016, Stidilä is a comfy bohemian hangout venue with its primary function as the official afterhours haunt of the party complex. Kaiku and Kuudes Linja clubbers have the luxury of continuing their night until eight in the morning at Stidilä.
Kaikukatie 4, Kallio 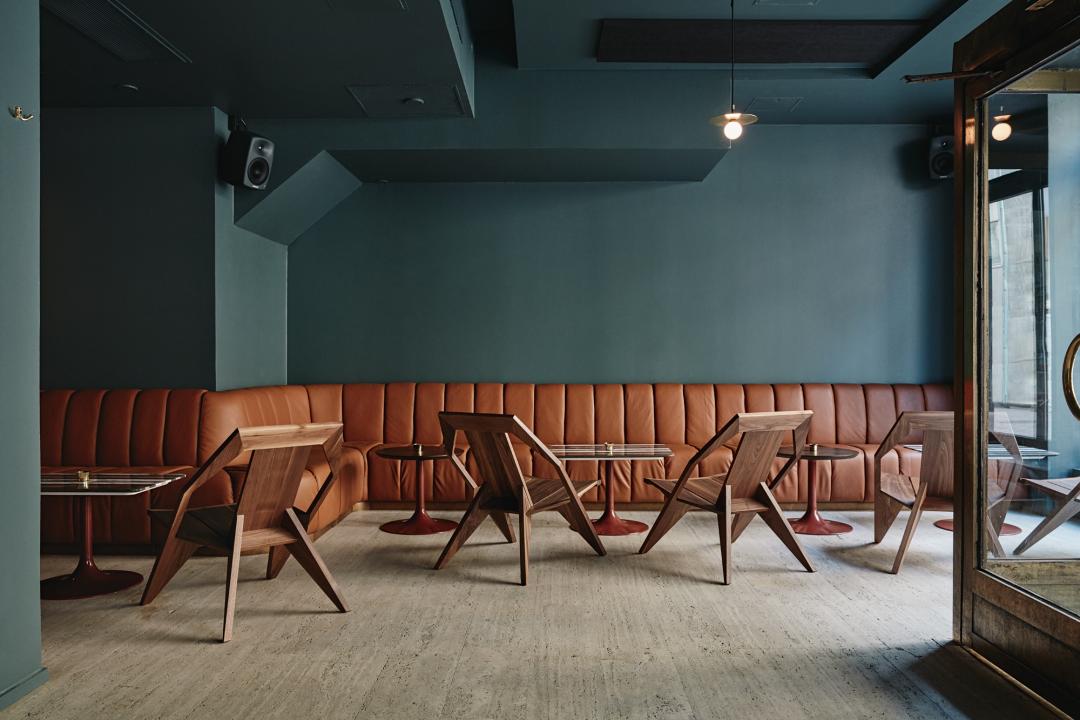 The stylish, Italian-inspired decor at Jackie is designed by interior master Joanna Laajisto: the loungey venue has even been presented in the style journal Wallpaper. As the slogan claims, Jackie serves up “beats and pizza” -- stop by in the daytime for lunch, salad, pizza and drinks –– and once night falls, take a soft hop onto the cosy, civilised dancefloor. The room is equipped with a DJ booth and a top-class soundsystem by Meyer Sound. Weekend nights invite a great selection of local party igniters to the decks, such as DJ Harvest, Sebastian Holm, and Newhouse.
Iso Roobertinkatu 21, Punavuori

The past couple years have proven to be a gloomy spell for Helsinki’s LGBTIQ+ club scene. Within a short time, both of the city’s big classic gay clubs, DTM and Hercules, had to shut down their operations due to space issues in their respective properties. First opened in 2000, Hercules is now making a strong comeback. The new central location in the Brutalist “sausage house” across from the main station has not tinkered with the club’s core concept. The new Hercules is just as proud to offer no-frills hits galore, from Euro Dance to Schlager –– with ever-flowing beer on tap for thirsty rainbow folks and their pals.
Kaivokatu 8, Kluuvi 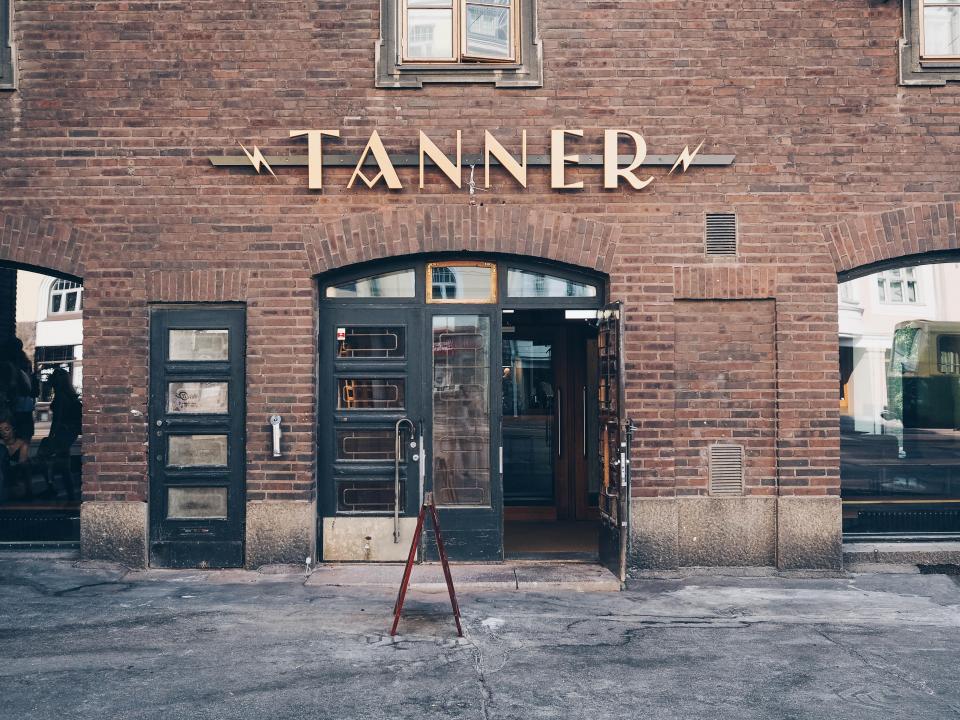 Tanner is a café-restaurant-bar with a very vegan-friendly menu focusing on Mediterranean fare whipped up from local ingredients. Down to the last touch, the restaurant is designed to support DJ sounds and live music with its high quality Tannoy Prestige Westminster Royal GR speakers. Weekends belong to DJs here, and live musicians find their slots on Wednesday and Thursday nights. The Natural Neighbours concept (in collaboration with the underground radio station IDA) offers a fine selection of Helsinki’s finest electronic music selectors, like Tytti Toimi and Cool DJ Pinball. Tanner’s interior is designed by Jukka Keskitalo.
Hämeentie 11, Kallio

Founded in 2007, Grotesk is a restaurant and lounge in Helsinki’s central and chic Kaartinkaupunki district. The past few years have seen the restaurant adding more flavour to its musical bites –– while no actual dancefloor can be found. The diverse DJ menu boasts sets from local masters like Katerina, Kristiina Männikkö and Roberto Rodriguez. The elegant eatery has been awarded the Bip Gourmand insignia by Michelin for its “excellent price-quality ratio”.
Ludviginkatu 10, Kaartinkaupunki 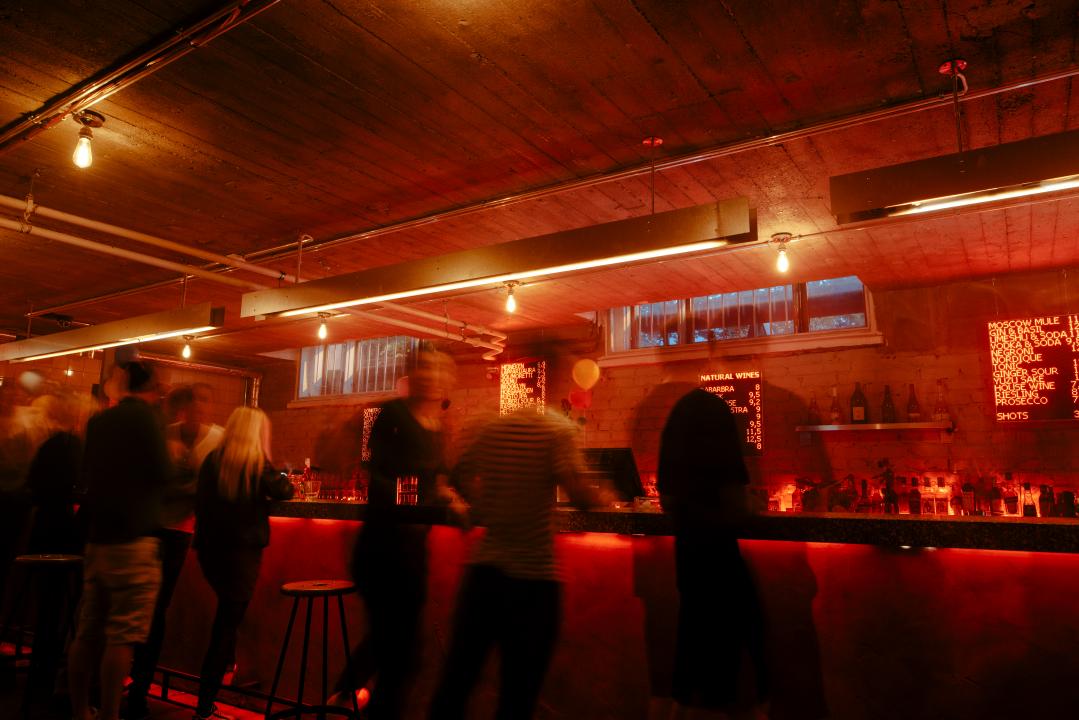 Celebrating its fourth anniversary in summer of 2022, Post Bar has cemented its position as a leading venue for underground electronic music. Curated with style, the mix of international and local acts is proudly selected by the “Post Bar Posse”, meaning DJs Denzel, Daniel Kayrouz, J.Lindroos and Justus Valtanen. The impeccable taste travels from music to the minimalist interior and the collectible posters graced with artwork by Finnish artists (e.g. Teemu Keisteri, Maisa Immonen and Toni Elg).
Kaikukatu 2, Kallio

The legendary party joint dating back to 1838 was designed by Helsinki’s star architect C. L. Engel. Long considered a hotspot for the finer layers of society, in the 1990s Kaivohuone found a new popularity — which continues today  — amongst the city’s young party crowd. The programme tends to change from week to week, with some nights reserved for private events. Popular club nights in recent years have been developed by party crews such as Clinic, Point Break, and HeavyWeight DJs. “Kaivo” is especially popular in the warm months: the Finnish summer, classical architecture, and a close vicinity to the sea have offered a fine set-up for a night out for (almost) centuries already.
Iso Puistotie 1, Kaivopuosto

Title
Clubs on the map
Location carousel
Rich card list
Helsinki’s best cocktail bars
Breakfast experiences in Helsinki
Simple liftup
Live music venues for great gigs in Helsinki
Show image on the left
Off
Show created/updated
On
Show in search dropdown
Off
Teaser text
In comparison to its size, Helsinki is home to a busy and interesting electronic music scene. This listing presents 12 of the most interesting DJ-driven venues for dancing and hanging out.
Select any filter and click on Apply to see results