Vesa Laitinen
Lead text
Principles for safer spaces and nighttime tips for witnessing them in action at wonderful events.

Parties, gatherings, celebrations… Everyone has the right to be exactly who they are. This is also the case when heading out to celebrate. A safer space can happen in any kind of event or situation. It is not necessarily a physical place to visit, but rather a space that is created together.

Principles for a safer space

Some history to kick things off: the concept of safe spaces emerged in North American activist circles in the 1960s, yet only gained traction in broader public discourse in the 2010s. As opposed to what some may think, such spaces do not aim to shut out entire groups of people, but rather ensure that marginalised individuals (e.g. queer / LGBTQ+, differently abled, people of colour) have the opportunity to experience a public gathering safely without the risk of being harassed or ostracised.

It’s more fun to party when you know that the people around you are committed to safer celebrating!

Helsinki’s MYÖS collective –– a party and co-care platform –– has interpreted the idea of safer spaces as follows:

“A safer space is an environment with an attempt to minimise all kinds of threats. A safer space encourages openness, respect, learning from others, and a shared responsibility over a shared space, the environment, and each other. It’s a space where we can freely be ourselves without unwanted attention.

A safer space represents our future fantasy. It is a space where we critically examine the power structures that impact our everyday lives. It’s a space that aims to commonly respect and understand the specific needs of different people.”

A key feature of these spaces is that there is zero tolerance for any kinds of discrimination. Both the organisers and attendants need to take an active role in trying to ensure that everyone is treated with respect. In this way, everyone contributes to the formation of a safer space and can spend their evening as comfortably as possible.

It is also up to the event or party organisers to take care that visitors can receive adequate help in case of a problem, and that they are listened to.

Anyone can practise the construction of a safer space in their own gathering by encouraging people to create the space they find suitable for themselves, where every attendant feels as safe as possible. Different ways of adding to the feeling of safety can be tried out in many moments, from a private party to a family dinner or a housewarming party!

Here are some principles suggested by Utopia Helsinki to inspire your next event:

If you now feel like you are getting the hang of safer space principles, why not test them out in practice? Check out the best party tips below –– have fun! 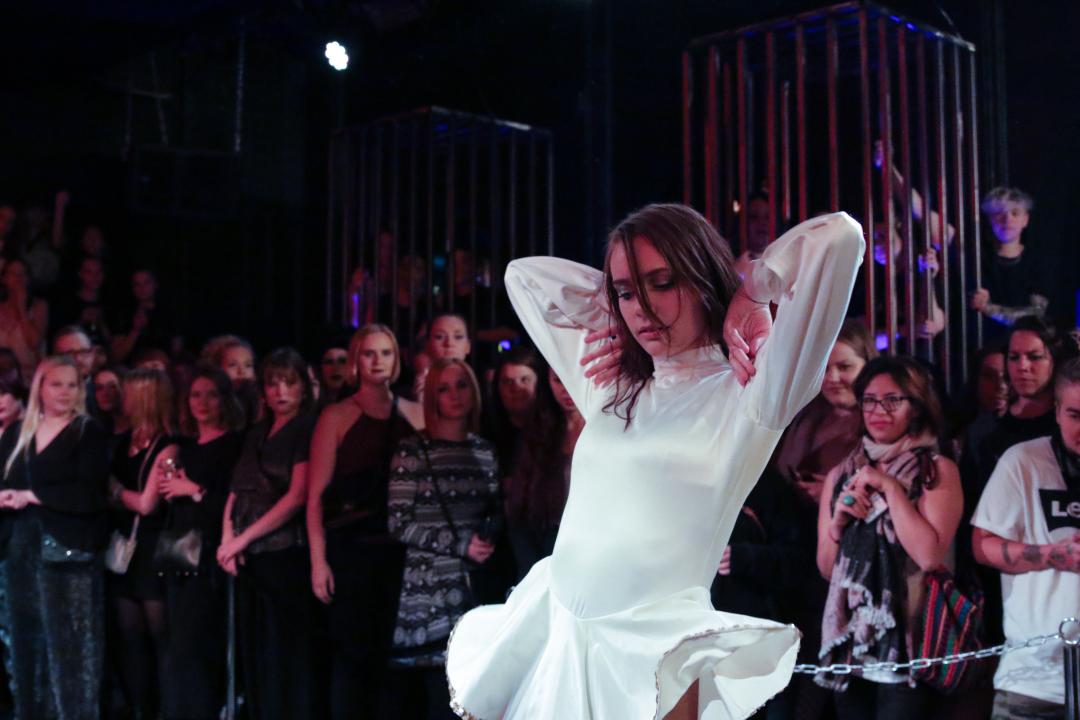 A club night organised at the Kuudes Linja club, with a musical score leaning towards hip hop/r’n’b/afrobeat/dancehall. The founding DJs of the Mellow Yellow collective –– Renaz, Wekesa, and Yeboyah –– also host their own radio show on YleX, and pop up on social media channels to share their wonderful vibe! Check Mellow Yellow’s channels for the latest updates on parties.
IG: @mellowyellowcollective

MYÖS is a Helsinki-based DIY collective, event platform, and network for underrepresented DJs, producers, organisers, audiences, and allies in electronic music –– and for everyone who wishes to develop local club culture and enjoy various events aligned with safer space principles.
IG: @myosclub

Haave Helsinki is a brand new cultural club in downtown Helsinki built upon community, music, and arts. Haave’s aim is to whip up new pop culture in Helsinki with disco, house, R&B, and future sounds. You are warmly welcome to take part in the making of new culture – safely!
Vilhonkatu 6 (ke-la 22-04, k22)
IG: @haave.helsinki

Liquid<3 is a Helsinki collective and chosen family of queer artists, DJs, and event producers. The group has a shared desire to create safer, more radical, softer, and more inclusive events and platforms. Follow the collective on social media for updates on events.
IG: @liquidh3art

Ballroom culture represents a safer space for the LGBTQ+ community, and the events –– called balls –– were originally made for and by queer Afro-American and Latinx communities in the USA. The distinct dance form of voguing comes to life through various creative categories where members of “houses'' compete against one another, inspired by the grand names of high fashion. If ballroom is a new concept to you, it is a good idea to get familiar with this world beforehand, and give space and respect to the performers at the ball. The monthly balls in Helsinki are bubbling with all the passion, fun, and surprises of Finland’s ballroom scene.
IG: @elementsball
IG: @finlandballroomscene

The hosts of the Finnish national broadcaster Yle’s popular Darravapaana podcast on sober living, Katri Ylinen and Laura Wathén, wanted to take their know-how to new dimensions –– and have already thrown two Sober Furious parties. Full-on clubbing, great music, and wild dancing without a single drop of alcohol! The bar is well equipped to serve up tasty cocktails in a wonderful atmosphere. The next Sober Furious event is happening on September 21st.
www.darravapaa.fi
IG: @darravapaa

Rich card list
Helsinki LGBTQ+: cafés, bars and nightclubs
"Helsinki makes me feel secure"
Simple liftup
Freedom to feel safe
Show image on the left
Off
Show created/updated
On
Show in search dropdown
Off
Teaser text
Principles for safer spaces and nighttime tips for witnessing them in action at wonderful events.
Select any filter and click on Apply to see results