The most legendary live music venue in the whole of Finland is without doubt Tavastia. Having opened its doors way back in 1970, Tavastia is in fact one of the oldest surviving rock clubs in Europe. Just about everyone has performed here over the years. It also hosts a popular Saturday night disco that has become a true modern classic.
Urho Kekkosen katu 4-6

Situated in Tavastia’s inner courtyard is the smaller and rougher Semifinal, which itself is one of the best rock clubs in Helsinki. Many Finnish rock stars got their start here before moving upstairs to Tavastia and even bigger arenas. Semifinal is a great place to catch new and still unknown bands, as well as special gigs by bigger artists from time to time!
Urho Kekkosen katu 4-6 (Inner courtyard)

Mascot is a suitably small venue with a great atmosphere in the Kallio district. The music ranges from rap to rock, singer-songwriters to stand-up comedians, and punks to poets. Both new and established artists take to the stage on a regular basis. Check out the schedule on Mascot’s Facebook pages.
Neljäs linja 2

Each week, this popular live music venue at the Kaikukatu complex in Kallio is packed with party people and fans of quality music. The high-quality gigs cover the entire range of alternative music and never disappoint. Weekends begin with early evening gigs and continue afterwards with clubs that stretch well into the morning!
Hämeentie 13 (Entrance on Kaikukatu 4, inner courtyard)

This warehouse club hidden away in an industrial area in the Vallila district is back once again as a live music venue. Ääniwalli is part of the same family of clubs as Kuudes Linja and Kaiku, ensuring an equally impressive programme of quality music!
Pälkäneentie 13 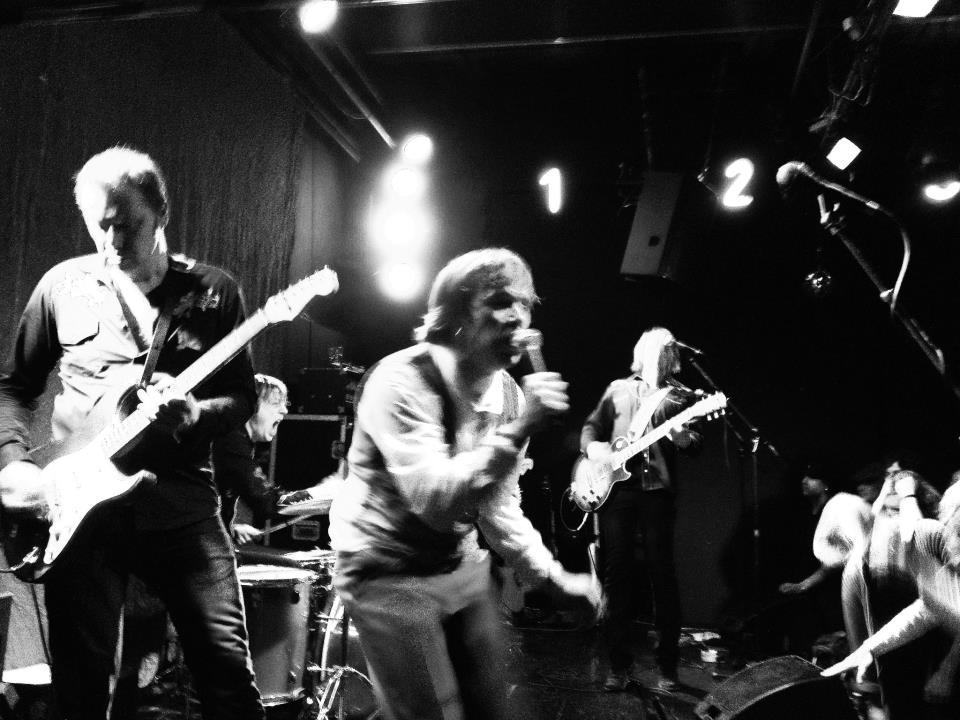 Semifinal
Show in landscape format
Off

On The Rocks next to Railway Square is one of the most established live music clubs in Helsinki. The rock club has widened its outlook over the years and now presents a broad scale of excellent bands ranging in style from rock to indie, rap to country, and metal to punk. On The Rocks has also expanded into the Kallio district, where it operates On The Rocks Kallio on the corner of Porvoonkatu and Fleminginkatu, as well as the legendary Lepakkomies!
Mikonkatu 15

The grungy “Bat Man” punk cave on the corner of Piritori suffered massive water damage earlier this year. It also gained a new owner, as On The Rocks bought the place and is renovating it in autumn 2019. No firm date has been set for its reopening, but the new owner has promised that gigs will continue in the same style as before with four live evenings a week from Wednesdays to Saturdays. The emphasis will also remain on punk, rap and indie gigs!
Helsinginkatu 1 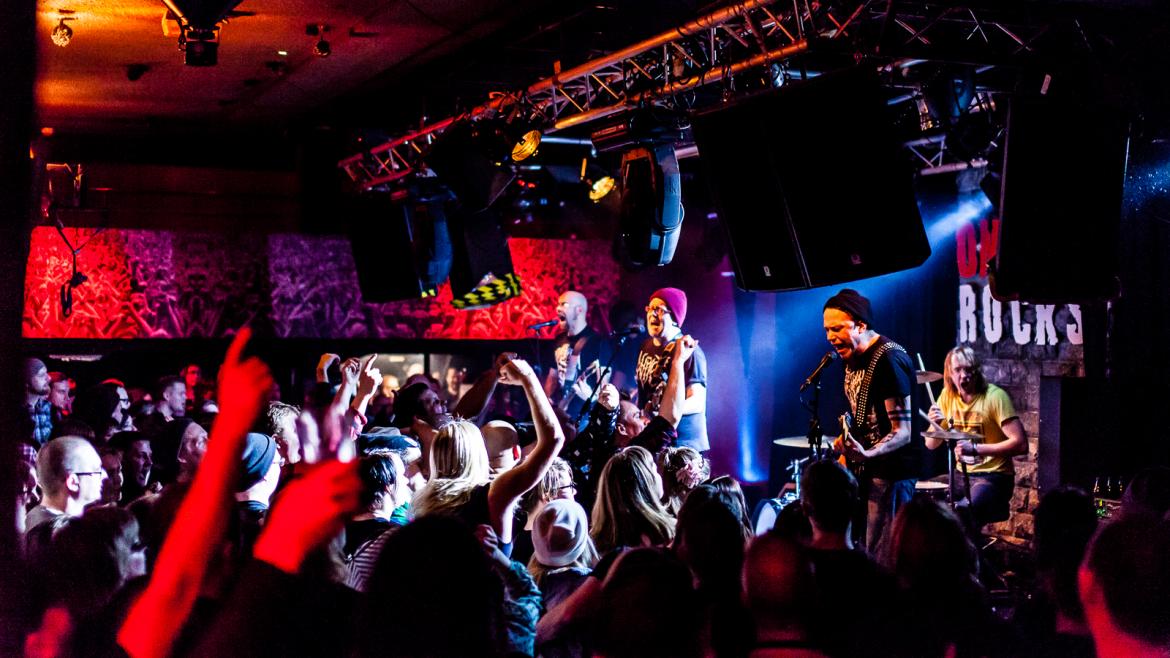 Founded in 2019 by Finnish jazz musicians, Koko Jazz Club operates in both Helsinki and Iisalmi, plus it also runs Koko Records. The club presents top Finnish jazz artists, as well as guest musicians from abroad!
Hämeentie 2

Bar Loose is a legendary rock bar and live music venue in the heart of the city. It’s a great place to relax at the start of the evening, while later in the evening it is an exciting place to catch gigs. The entertainment continues afterwards with a rock-inspired nightclub!
Annankatu 21

The Korjaamo Culture Factory was founded inside a historic tram depot in 2004 and is buzzing with events all year round. The 500-capacity Vaunusali tram hall and more intimate Vintti upstairs are excellent live music venues that host top Finnish and international names. Korjaamo also houses restaurants and a cinema, and in summertime the inner courtyard has a great atmosphere!
Töölönkatu 51

G Livelab is a club founded by the Finnish Musicians Union, which has invested a lot in the quality of the sound system. The sophisticated and intimate club has a great atmosphere and also hosts gigs by some of the biggest artists!
Yrjönkatu 13

The historic Suvilahti power and gas plant is now a hip cultural centre that comprises nine buildings, two gasometers and a large yard. Suvilahti also has an excellent live music venue, Suvilahti TBA. In addition to serving as a lunch restaurant and bar, it also hosts gigs by established rock artists and the stars of tomorrow!
Kaasutehtaankatu 1 (Building 8, Kojehuone)

The Konepaja Hall is a new concert and event venue that opened at The Train Factory in Vallila in August 2019, right next to the Corona Bar.
Aleksis Kiven katu 17

Situated at the old bus station in Kamppi between the Amos Rex art museum and Kamppi Shopping Centre, Henry’s Pub has been one of Helsinki’s most rewarding live music venues on Thursday nights for over ten years already. The free-of-charge Helatorstai Club presents some of the most interesting Finnish alternative artists every week!
Simonkatu 3, Narinkkatori

Designed by Finnish architect Alvar Aalto, the “House of Culture” is an iconic venue that has hosted such legends as Jimi Hendrix, John Coltrane, Led Zeppelin, AC/DC, Iron Maiden, Frank Zappa, Ella Fitzgerald and many others over the years – and the list continues to grow!
Sturenkatu 4

Situated next to Parliament House, Storyville is a jazz club that hosts top Finnish and international musicians each week. The summer terrace gigs have become a local institution!
Museokatu 8

Title
Great live music venues
Location carousel
Simple liftup
Record stores in Helsinki
Show image on the left
Off
Show created/updated
Off
Show in search dropdown
Off
Teaser text
Helsinki is packed with great clubs for fans of live music offering a great selection of gigs, especially on weekends.
Select any filter and click on Apply to see results