The status of beer in Finnish drinking culture has evolved significantly over the past couple of decades. A new wave of microbreweries are brewing beers in a variety of styles, each tastier than the next. Some have thrown all the rules in the bin, resulting in brews like the “Imperial Rosolli Barrel Aged Double Green Ball Hopper Triple Gluhwein Pale Ale” satirised in the local Fok_it comic strip – or something else just as interesting!

Helsinki’s traditional pubs have been joined by trendy brewhouses and taprooms. At the same time, the combination of beer and food has gained the respect it deserves: even Michelin-starred restaurants have begun to partner their dishes with beers. In addition, there are more and more brewpubs that specialise in pairing beer and food. 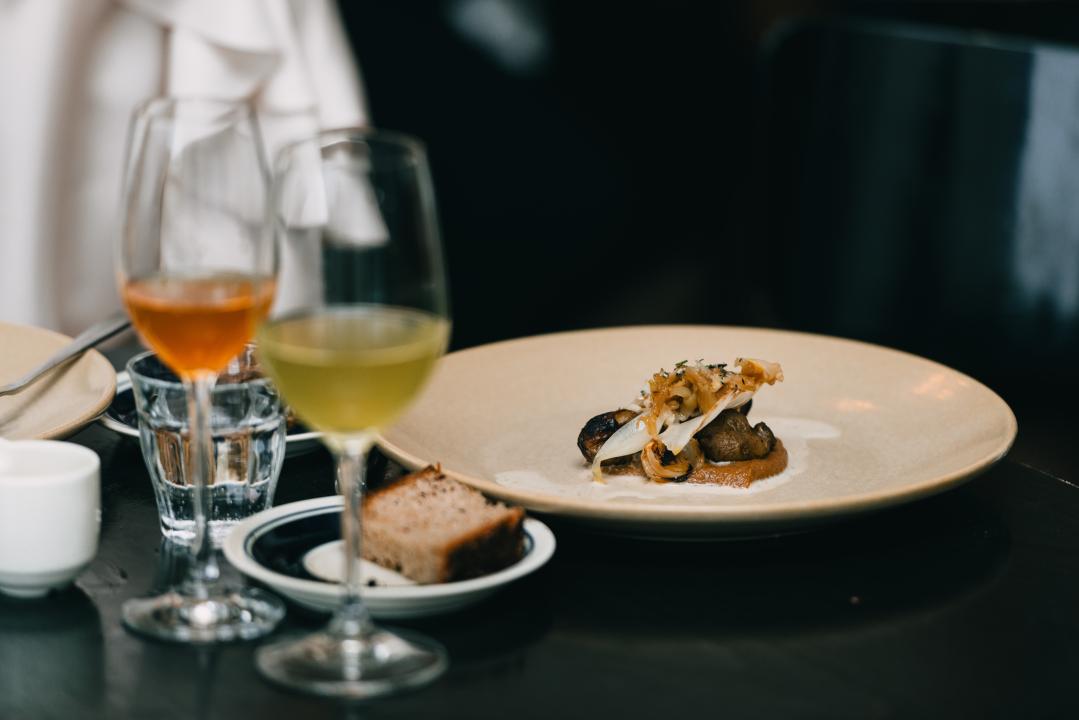 The restaurant Nolla believes in sustainable development and strives to achieve zero waste. The restaurant also has its own microbrewery, Mamu Brewing. Mamu’s beers are honest and pure. However, Nolla does not focus on beer alone, they make it a point to recommend the right drink for each dish. So you can also go there with your wine-sipping friends!
Fredrikinkatu 22, Kamppi

The Töölö district got its own brewery when Mad Hopper Brewing Co. began operating out of the basement of the restaurant Viisi Penniä. The brewery produces both trendy and classic beers at an incredible pace. You can head for Viisi Penniä just for a drink or for a full dinner. The menu features both classic pub food and modern fusion!
Mannerheimintie 55, Töölö

Barrel-aged imperial stouts, juice IPAs, ice cream sours and rarities from the past. All of this, and not to mention excellent apizza, is served by the beer importer Pien Brewpub. Yes, apizza, not pizza. This is a Yankee cousin of the Neapolitan pizza that goes perfectly with beer. There is also a private cabinet in the basement where tastings are organised!
Hämeentie 15, Sörnäinen

The traditional brewery restaurant Bryggeri has undergone a transformation in recent years and evolved into a modern brewhouse. At the same time, the menu has been modernised without compromising on the excellent quality. The brewery’s products are straightforward and unbeatable in terms of “gulpability”. Another big bonus on summer evenings is the courtyard terrace and live music!
Sofiankatu 2, Kruununhaka

Situated in a cool functionalist building, Naughty BRGR on Sturenkatu serves an exceptionally large selection of beers for a burger joint. There are around a hundred brews to choose from to go with your delicious burger. The restaurant also has a product development kitchen for testing the most interesting new combinations!
Sturenkatu 21, Vallila 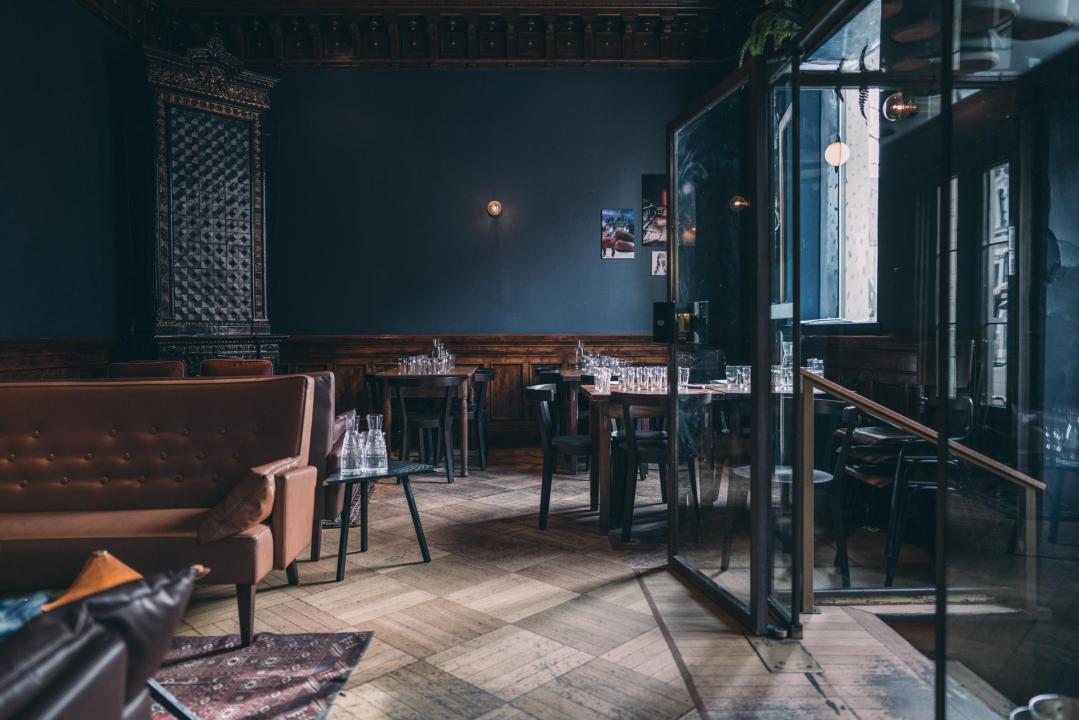 Gardenia in the Viikki district used to be the university’s indoor tropical garden but now houses CoolHead, a brewery that recently moved from the countryside in Tuusula to the city. The space alone is worth experiencing, but CoolHead also happens to be one of the hottest names in the Finnish beer scene, especially when it comes to sour beers. These are flavoured by the likes of sea buckthorn, raspberry and even salmiakki, or salty liquorice – CoolHead descriptively calls its sour beers Nordic Sours. The cherry on the top is the delicious pizza provided by the restaurant Story!
Koetilantie 1, Viikki

The Konepaja Biergarten beer garden has rapidly become the main attraction in the Konepaja industrial area. As its name suggests, Konepaja Biergarten is a German-style beer garden that operates out of containers and tents in keeping with its surroundings. Its offerings include rare beers from Belgium and Russia, as well as Finnish brews. In addition to serving an excellent range of beers, Biergarten also hosts live music and sports events!
Bruno Granholmin kuja, Vallila

The first time I stepped inside Bier-Bier, I was amazed. A beer restaurant inside an Art Nouveau building is nothing new, but the fact that the interior was so original was a pleasant surprise. In addition to a wide selection of brews, Bier-Bier also serves wines and ciders, so everyone in your party can find something pleasant to sip!
Erottajankatu 13, Kamppi

Juova is a new arrival in the Kaisaniemi district that represents the Finnish microbrewery scene with no less than seven brewers. Each of the brewers has its own personalised areas with stylishly decorated lodges. Juova is the perfect place to find out the difference between brews from Oulu, Lappeenranta and Helsinki – one brewery at a time!
Kaisaniemenkatu 3B, Kaisaniemi

Stadin Panimo in the Suvilahti district represents the older generation of microbreweries in Helsinki. Familiarly referred to as StaPa, the Stadin Panimo Bar offers a cosy atmosphere and its own amazing brews, as well as special beers that it imports itself, mostly from Belgium, such as Cantillon sour beer!
Kaasutehtaankatu 1, Suvilahti 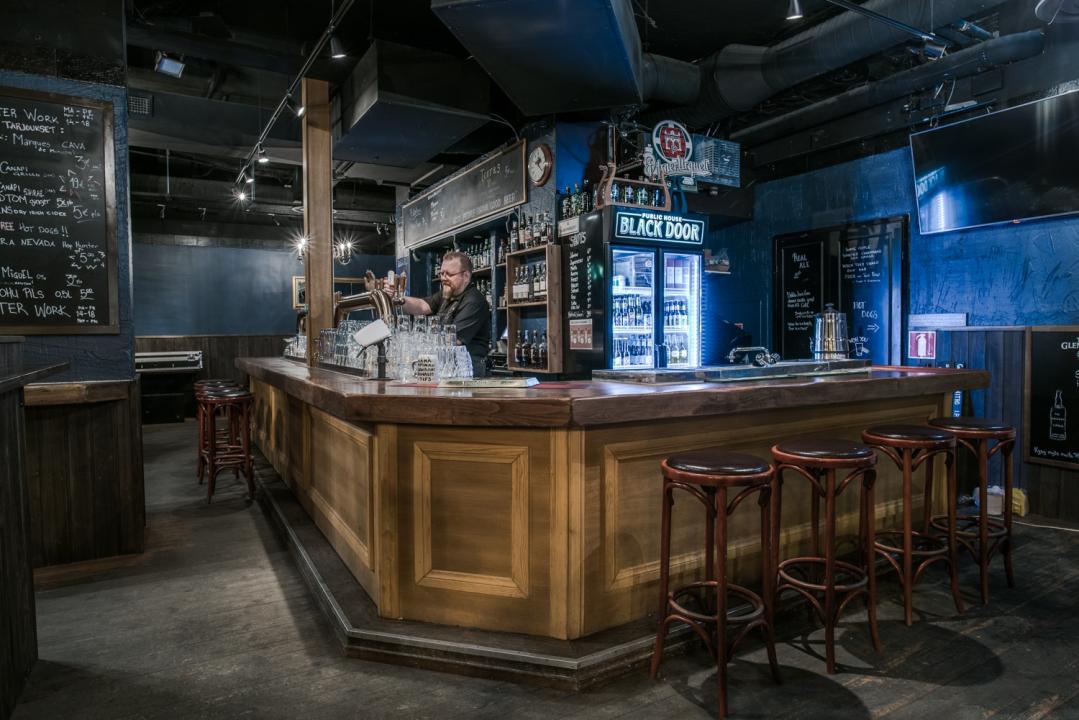 Two entrances, more beers on tap than anywhere else in Helsinki and over 200 bottled beers –Kaisla is one of the biggest pubs in Helsinki and proud of it! The selection features many beers from Finnish microbreweries and Belgian specialties. Over the years, Kaisla has become a classic among beer enthusiasts!
Vilhonkatu 4, Kaisaniemi

At this classic British pub on the Isoroba pedestrian street, real ales, classic beers and modern microbrews coexist in perfect harmony. If you want your beer served the right way, this is the place to go. But don’t worry – Black Door is famous for its laid-back atmosphere that invites you to relax and enjoy yourself!
Iso Roobertinkatu 1, Kaartinkaupunki

Perhaps the most legendary beer and whisky restaurant in Helsinki, Pikkulintu can now be found in the city centre next to the Old Church Park. Even though it specialises above all in Scottish single malts, it also offers a first-class selection of beers – so you can order a whisky chaser with your beer! Members of staff are famous for their dry humour, and if you go there on the right day, you might get to experience one of their “ugliest tie” competitions. Music is not played, so the best soundtrack is a lively conversation instead!
Lönnrotinkatu 11, Kamppi

One cannot talk about Helsinki and beer without mentioning Kallio. Although the offerings in this district are for the most part rather middle of the road, Kallio is also home to some truly excellent restaurants. Hilpeä Hauki on Vaasankatu represents a traditional pub at its best, making it the perfect place to experience bohemian Kallio with a nice pint of beer!
Vaasankatu 7, Kallio

One Pint Pub was named Beer Restaurant of the Year in 2018 – and for good reason! The staff’s passion for beers at this small local pub in the Ruoholahti district is obvious. “Pintti”, as it is known by locals, also imports its own beers, plays weird music on Mondays and has perhaps the world’s most expensive can of old bulk lager!
Santakatu 2, Ruoholahti