10 ways to enjoy your freedom in Helsinki

Lead text
Helsinki is a city where you can exercise your freedom and create a life without compromising.

Freedom for trial and error

The founder of the company Neverthink, Aviv Junno, thinks of failures as the best school for entrepreneurship. In Helsinki, he has been able to take risks, to fail safely and to succeed. Junno feels that the state does an excellent job as a funder for companies and as a facilitator of the cityscape. After the failure of his first company, Junno managed to pick up the pieces and try his hand at entrepreneurship.

"It feels bad to disappoint many people. But failure is not a big deal if you have done your best – nobody is left out on the street in Finland. And Finnish people admire it when someone fails and yet carries on with persistence." 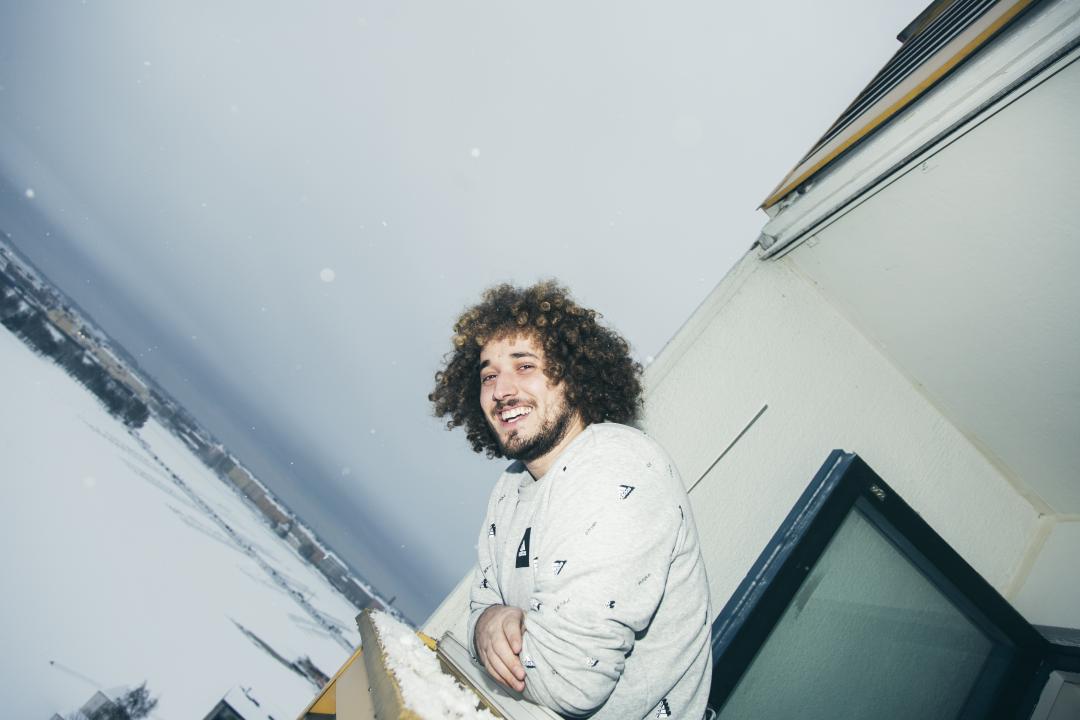 Founding Ubuntu Film Club was an eye-opener for Alice Mutoni, Rewina Teklai and Fiona Musanga to see new potential in Helsinki. As the trio has seen, there are different routes to DIY projects in the city through various event spaces and funding schemes.

A friend tipped Mutoni off that the cultural centre Museum of Impossible Forms in the Kontula district could possibly offer their spaces for an event. Mutoni e-mailed the centre immediately. The first Ubuntu Film Club screening was held in January 2019. Ubuntu Film Club started out hosting gatherings every month.

"We have had the chance to explore Helsinki and its spaces. There are many venues here, but sometimes they are out of sight like hidden gems, and people don’t necessarily know about them,” Musanga says. 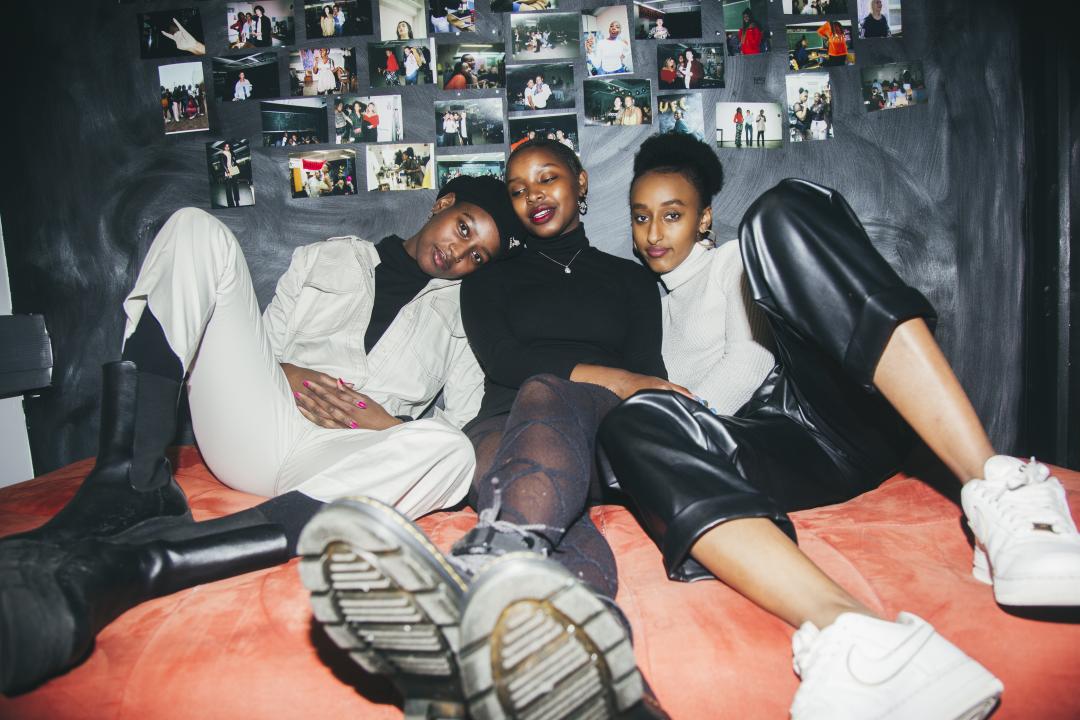 Freedom to speak from the heart

17-year-old Helen Hamzaaghaei was the apt choice to be elected to the City of Vantaa’s Youth as making decisions and advancing topics related to young people feels natural to her.

“Politics works in Finland. It makes me believe that we can all have an impact. Democracy is taught in already the lower grades in school, for instance by letting the students elect the student council members. It teaches children to vote, to consider who they want to vote for, and to understand that everyone can make an impact if they want.

Freedom of speech is well protected in Finland. Everyone is able to, for instance, state their opinion on a political party or the president on Facebook or Instagram without getting into trouble. In some countries this is not possible.” 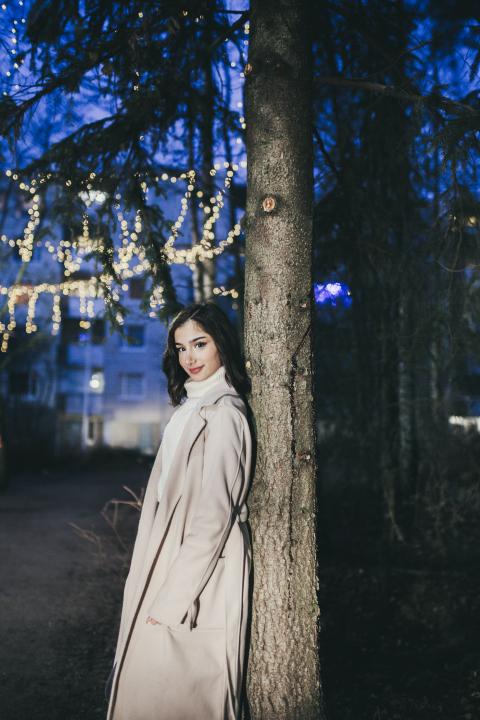 Freedom to be fragile

The stroke came out of thin air. A moment later Olivier Béaslas noticed he was lying in a hospital bed. He ended up requiring heart surgery and the ordeal finally led to a life change. Béaslas felt safe because the Finnish health system made it possible for him to have a speedy recovery.

“The care I received was excellent. The nurses and doctors did a splendid job. At the start of a care process, one tends to feel so small and powerless.

In Finland, it is the whole system that takes care of you. I always knew what the next step would be. I was invited to the laboratory and check-ups, and always given a precise description of the procedures I faced. I am part of the local social insurance system in Finland, so the costs of the whole process were very modest.”

Freedom to be equal

When Basma Ragab moved to Finland, she learned how to find her true self. She feels that Helsinki’s finest qualities are equality and safety.

“Finnish people welcomed me warmly. I feel like everyone is equal in Helsinki regardless of their skin tone, religion and gender. I have never been treated badly for instance for being a Muslim.

Finnish people are very nice and honest. People say that Finns don’t like to talk much. I feel that they just respect everyone’s privacy and personal space.

The best thing about Helsinki is safety. I have never been afraid to walk outside in the middle of the night. In Helsinki, men respect women and don’t flirt or catcall on the street. I never felt uncomfortable stares in public.” 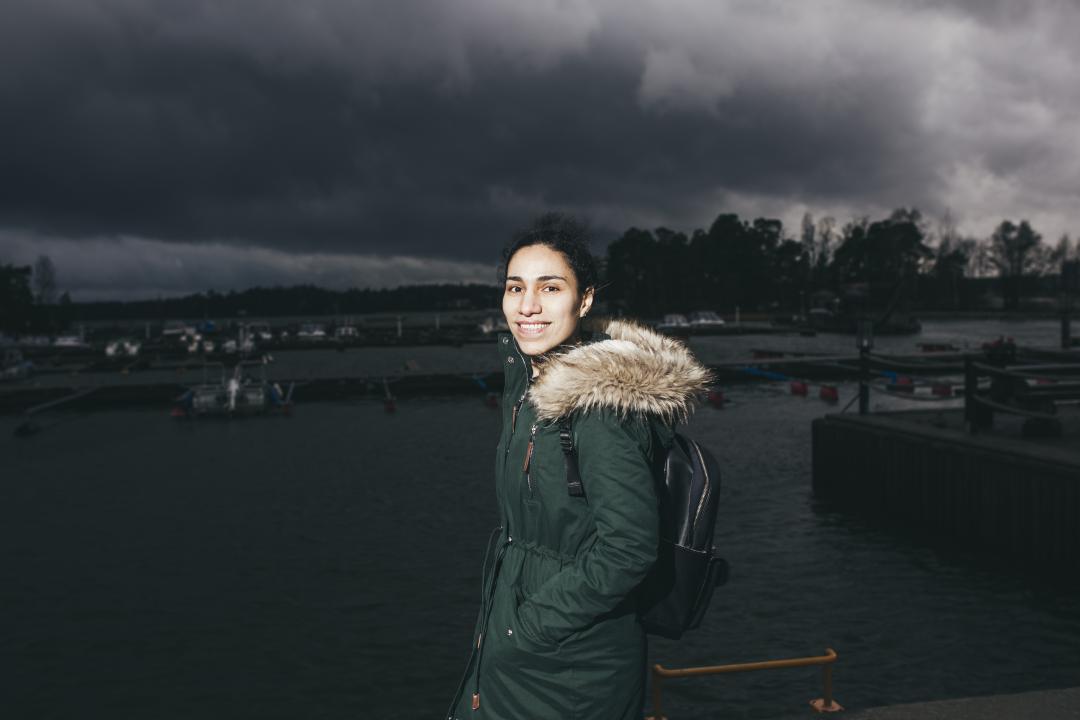 Mariam Shodeinde was meant to become a fighter pilot in Nigeria but her plans changed when she moved to Finland to study. She found her passion and a job at a Helsinki start-up company.

“The difference with the Finnish educational system was huge. All of a sudden, there were no borders and no-one to monitor what I'm up to. Instead, I had to think for myself and act independently. This line of thinking cuts through the whole society in Finland, both in school and in working life. Finns know this unwritten rule well, but it was difficult coming from a different background.

Had I stayed in Nigeria, I would have probably followed my original plan and taken the path laid out by my grandfather. In Finland, I discovered something completely new about myself, which felt amazing. I'm really happy when I can help others to dream big.” 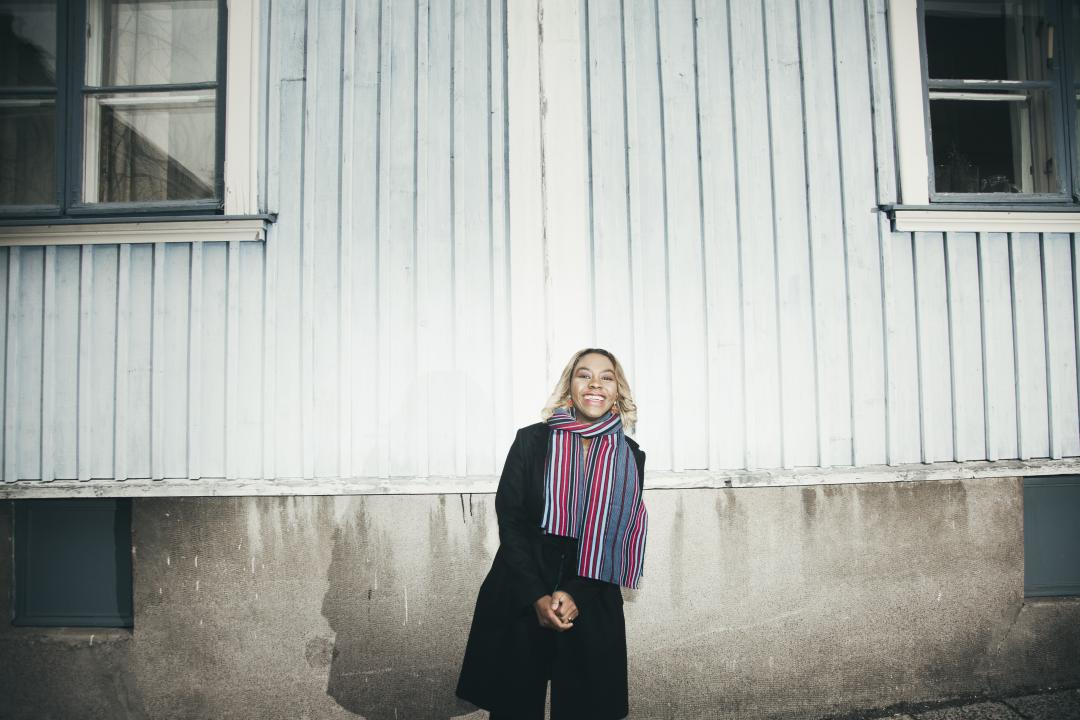 Adele Asuncion grew up in Los Angeles, got a driving licence at age 16, and used to spend hours in traffic every morning. In Helsinki she doesn't need a car of her own. It feels like freedom.

“I was surprised by how much nature and how many green areas there are in Helsinki. The air was clean and I could drink water from the tap. I couldn't believe that kids could take public transport to school on their own.

I love Helsinki nowadays. The size of the city is just right.  Public transportation runs on time and is fairly priced. There are also plenty of free activities in Helsinki, from climbing to swimming.

There is a nice balance of greenness, sea and urban planning. It's important to me, it makes Helsinki a very special city. I can reach the sea in just a few minutes' walk or bike ride, and if I head the other way I reach Central Park.” 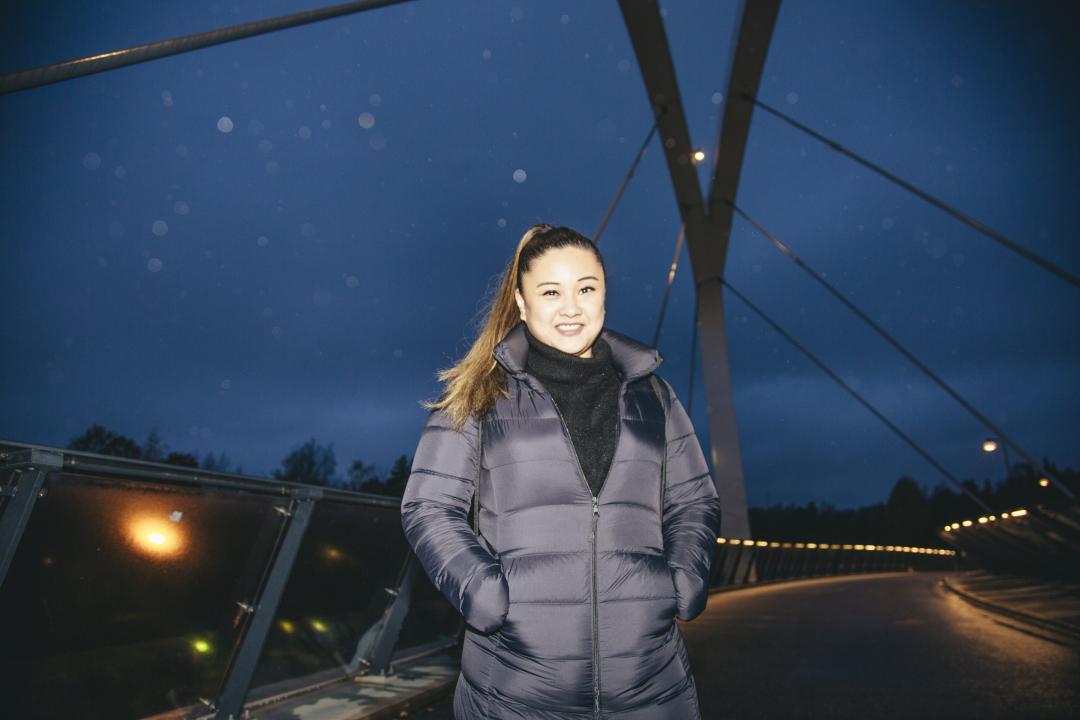 “I knew that the legal system of a Nordic welfare state is liberal, and I was enticed by the stability. Even if gay marriage is not permitted in the US, the political situation is volatile and everything can change in a heartbeat.

Moving to Finland was easy, I was basically told “Welcome, fill out these forms”. I was treated like a god everywhere I went! I of course knew that not everyone receives the same treatment at the migration services as I did. It's easy to live in Finland as a rainbow family. We have three children and we have not encountered dismissive attitudes at school, in early childhood education or with doctors.” 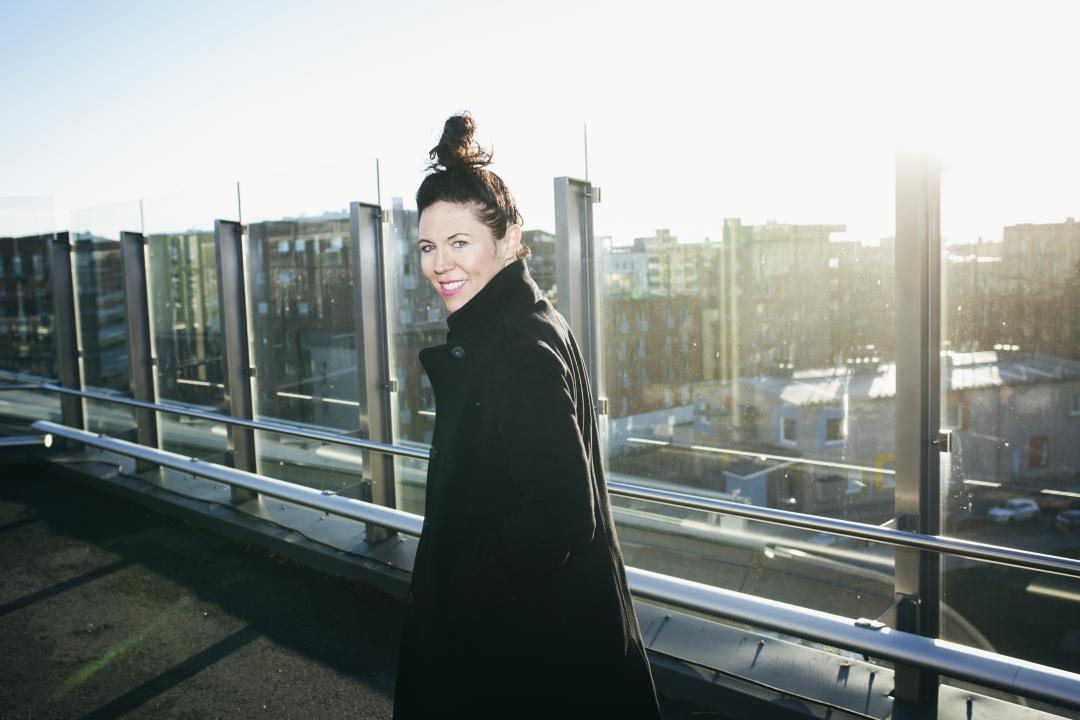 Drag queen Betty Fvck gets around Helsinki on public transport, wearing flashy outfits and artful make-up. The artist feels welcomed by the city, as well as its citizens, and is enjoying a flourishing career.

"When Helsinki's Pride parade was organised, I came out as a 100% drag queen. Drag brought out my artistic self. That wouldn't have happened had I not lived in Helsinki and taken part in the contest. I would not have dared to let loose if Helsinkians hadn't been so open-minded. The City of Helsinki supports arts in a very tangible way. There are free workshops, and stages to show work on.

There are many places in the world where a queer person is unable to live a free life that feels like their own. I feel free and safe in Helsinki; anyone is able to be themselves here. I find respect as an artist. My artist colleagues in other cities tell me that they need to take a taxi to a performance venue if they are in costume. In Helsinki, I can freely use the metro, bus or train and nobody bothers me.” 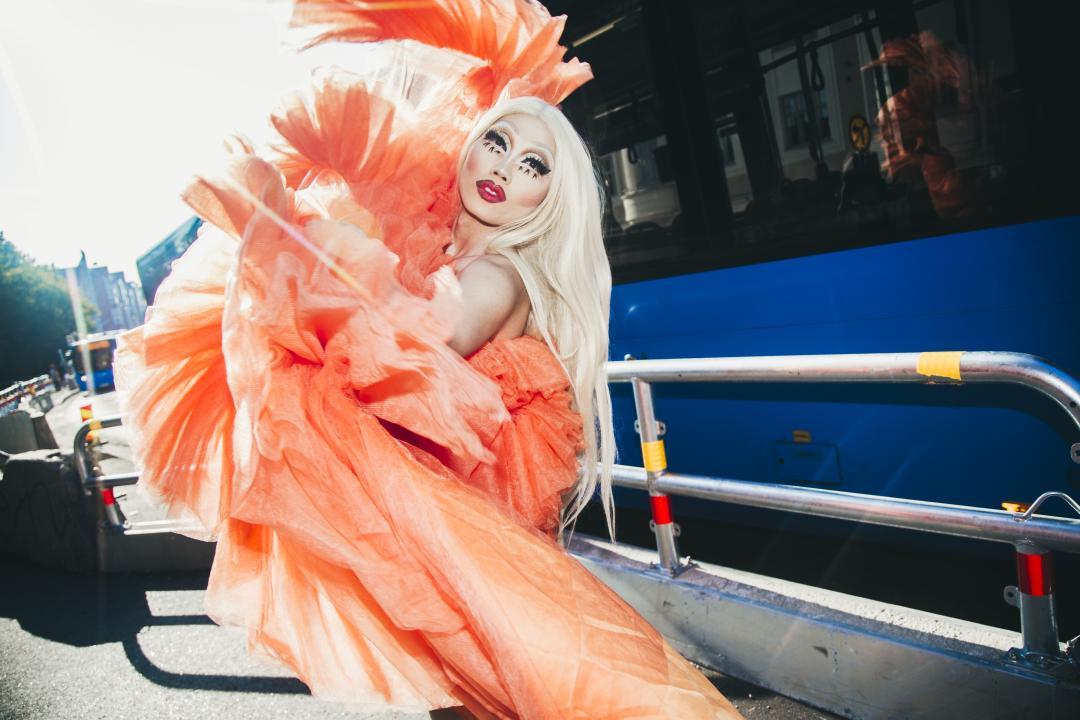 Indian IT experts Pooja Pansari Gupta and Manish Gupta are living in Helsinki during what is typically a busy time for families, and yet they are mostly unaffected by having too much on their plates. A working culture that's based on trust and a city that works offer the parents of two children a stress-free lifestyle.

“We have everything we need right by our house, like shops, parks and public transport. We have lived in many places but Helsinki is the one where we want to settle down permanently. The city is peaceful and work is not stressful. It is enough to just do your job.” 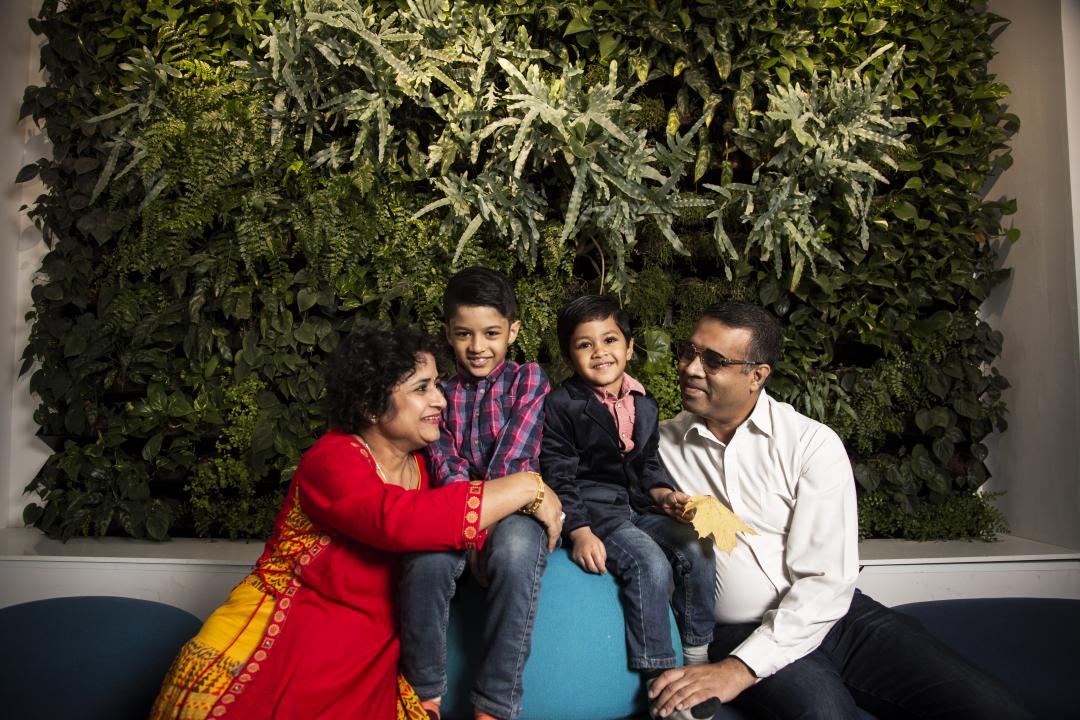 Jirina Alanko
Show in landscape format
Off
Simple liftup
Helsinki Freedom
Show image on the left
Off
Show created/updated
On
Show in search dropdown
Off
Teaser text
Helsinki is a city where you can exercise your freedom and create a life without compromising.
Select any filter and click on Apply to see results