Vastavalo
Lead text
Autumn in Helsinki is a prime occasion to go foraging for mushrooms. You don't even need a car to go to the woods: just hop on a metro, bus, tram or bike.

Those less experienced in mushroom collecting might want to head out with someone with more knowledge, and to start with the easily recognisable ones. It is worth keeping in mind that only some mushrooms are edible while others are highly poisonous. After a basic initiation to the art of mushrooms, Helsinki's forests suddenly uncover an amazing treasure chest, even the sought-after porcino mushroom is not an uncommon sight in Helsinki.

The best basket to place your newfound treasure is the traditional shingle basket, which keeps mushrooms dry and in one piece. A good mushroom knife also comes handy, it is useful to carry one that has a brush on one end to clean out the mushroom when picking it. When heading out, an expert tip is to carry a couple of spare plastic bags – in case you come across the mushroom spot of the century.

Bring along a guidebook of Finnish mushrooms or a smart phone app to recognise varieties. You can compare pictures and also check for information about typical locations and the right season. If you do not clearly recognise a mushroom, it is best to leave it in the forest, or to check with an expert.

When heading out, an expert tip is to carry a couple of spare plastic bags – in case you come across the mushroom spot of the century.

And where are the best mushrooms spots in town?

Mushrooms found in the forest belong to everyone equally, but the best mushroom spots are well-kept secrets. Every forest has mushrooms, however, as long as you know how to find them.

Helsinki's Central Park starts at the central Töölönlahti Bay on its southern side, and continues until Haltiala and the Vantaanjoki river on the northern border of Helsinki. With an area of 1000 hectares, the Central Park is 10 kilometres long and represents well the rich and varied nature of the southern coast.

The northern side of the park has four nature protection areas: the Pitkäkoski deciduous forest, the Haltiala primeval forest, the Niskala arboretum, and the Ruutinkoski deciduous forest. The forest in Ruutinkoski is protected under the national programme for the conservation of herb-rich forests. The protection of the new Vantaanjoentörmä nature conservation area is pending. The Central Park is at its widest in Haltiala, where the vegetation in the protected area is a luxuriant, untouched primeval forest. Haltiala currently has the largest and most cohesive forests in Helsinki.

You can reach the Laakso forest easily with trams 2, 3, 4 and 10. Bus 650 takes you just under one kilometre from Haltiala, and the last stop of bus 66 is in Paloheinä.

Uutela is the widest and most varied outdoor recreation area in eastern Helsinki. The scenery includes majestic smooth rocks, coastal meadows and a shoreline dotted with black alders, bogs, forests, old villas and the historically significant farm of Skatta.

You can reach Uutela easily by foot or bicycle from the Vuosaari metro station. You can also take your bike on the metro. Remember that biking is prohibited inside the Uutela nature conversation areas.

Mustavuori ('Black Mountain') is situated in the eastern Helsinki district of Vuosaari and is a Natura classified nature protection area. Mustavuori is the metropolitan area's most precious nature conservation site. The southern part of the area is a mixed forest of grove-like strips of dry forest, bare rocks and rugged plots of stunted pines. As a curiosity, some World War I era structures from the Krepost Sveaborg fortress system still remain in the area, including some cannon paths.

You can reach Mustavuori easily by foot or bike from the Mellunmäki metro station.

South of Meri-Rastila, the Ramsinniemi cape is the southernmost tip of the "green finger" reaching from the Sipoonkorpi National Park to the Gulf of Finland. The nature protection site is also one of the most spectacular coastal groves in the metropolitan area.

You can walk to Ramsinniemi from the Rastila metro station, or take bus number 560.

Myllypuro is an area belonging to Vartiokylä in eastern Helsinki, west of the Ring I highway and north of Itäkeskus. Myllypuro has been built among rugged and steep rocks and forest, with respect to the surrounding nature that is found just steps away everywhere. The recreational outdoor routes reach from the Mustapuronlaakso valley all the way to Mellunkylä, the Broända stream valley all the way to the Vartiokylä bay, Mustavuori and Östersundom. By traveling west through the stream valley, you can reach the Hallainvuori and Viikki nature protection areas and the Vanhankaupunginlahti bay.

You can reach Myllypuro easily by metro. 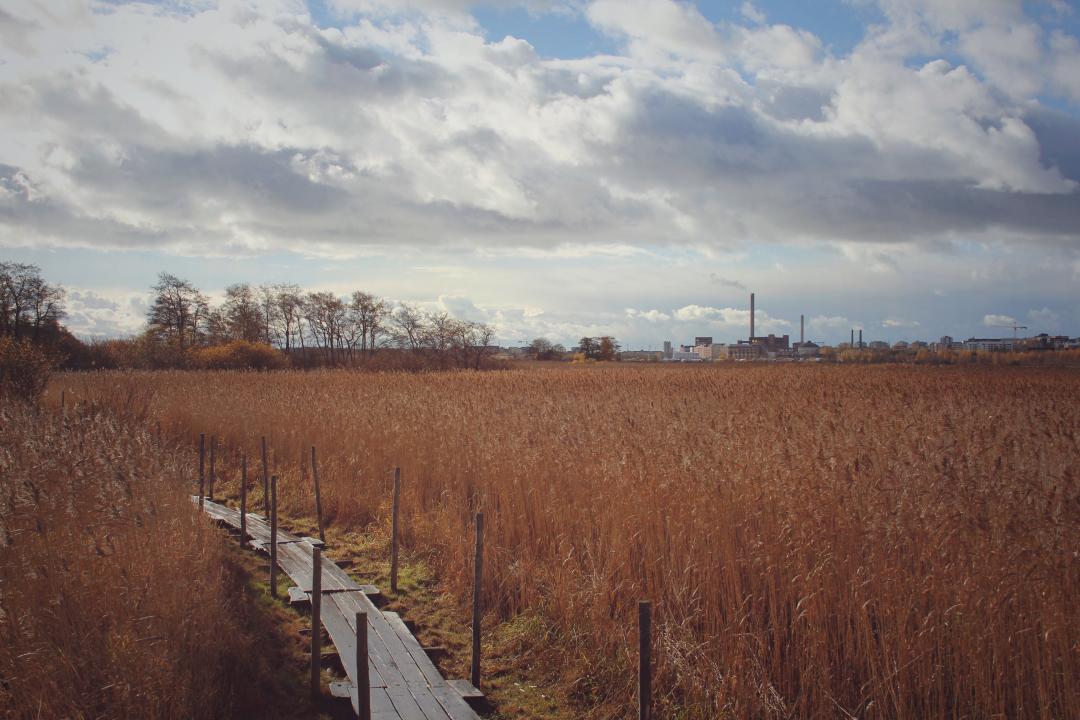 The Viikki-Vanhankaupunginlahti nature protection area is Helsinki's most important nature site, with a high diversity of e.g. nesting birds. The bird population found in the Vanhankaupunginlahti bay is one of Finland's 96 bird sites recognised worldwide. It is a part of the EU Natura 2000 network and listed in the Ramsar Convention on Wetlands. Kivinokka and Pornaistenniemi has nature paths with duckboards directed at outdoor enthusiasts. Hakalanniemi also has a children's nature path. You can also find several info boards along the paths. The Kivinokka nature path has also guides for the visually impaired, and there are also paths suitable for wheelchairs. The forest of Hakala hosts a collection of tree types from all over the world that visitors can get acquainted with on a specially marked path. The northern part of Kivinokka has a diverse and partly abundant decaying forest part, making it an apt environment for many tree fungi, polypores and plant pathogens.

You can reach Viikki easily from the city centre by bus 78, or 57 from Munkkiniemi, or 79 from Malmi. You can also reach Viikki from the Herttoniemi metro stop, remember to bring along a bike.

You can reach Östersundom from the city centre first by metro, and then continuing by bus 93 from Itäkeskus (Itäkeskus-Landbo) or 841 (Itäkeskus-Söderkulla).

Laajasalo is Helsinki's biggest island, with many types of nature. Laajasalo's premises include Yliskylä, Jollas, Hevossalmi, Tullisaari and Kruunuvuorenranta. An excellent mushroom spot in Laajasalo is the Kruunuvuorenlampi pond. The area between the rocks on the southern slope, as well as the south-eastern grove are dotted with polypores. The pond and the surrounding bogs offer almost untouched nature, making the area a dazzling experience for urban folks. The area surrounding the Kruunuvuorenlampi pond is marked as a nature conservation site.

Take the metro to Herttoniemi and continue with by 88 until the last stop.

Rich card list
Central Park
Erleben Sie echte Natur mitten in der Stadt
Title
Guided excursions in nature
See all link
See all activities
Simple liftup
Explore nature within 15 minutes of central Helsinki
Show image on the left
Off
Show created/updated
On
Show in search dropdown
Off
Teaser text
Autumn in Helsinki is a prime occasion to go foraging for mushrooms. You don't even need a car to go to the woods: just hop on a metro, bus, tram or bike.
Select any filter and click on Apply to see results